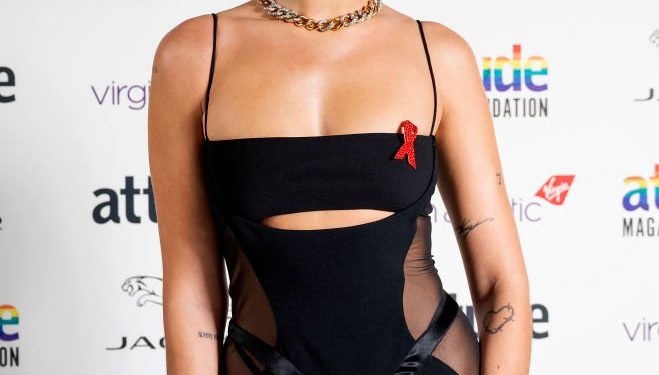 
Dua Lipa is not afraid to show off her movies as the singer recreated her iconic meme dance during her Future Nostalgia Tour.

In the past, Dua has been made fun of for her dance moves. However, the singer decided to turn things around in 2022 as she took matters into her own hand.

The singer decided to let her dancing skills take the center stage as she kicked off her tour.

In 2018, Dua had been performing her hit song ‘One Kiss’ and there was a dance step that caught everyone’s attention. While some thought there was nothing wrong with it, there were others on the internet who decided to make that into a meme.

Within minutes, her video had gone viral on social media with people turning the content into gifs and memes. To date, people have been sharing the same.

However, the singer decided to recreate the iconic step in 2022 and managed to win over the audience.

A look at Dua Lipa’s 2022 performance

Dua proved to everyone that she is a fierce woman who should not be messed with. At the moment, the singer has been enjoying her Future Nostalgia Tour.

Amid this, she decided to refresh the memories of the fan as she recreated her iconic meme dance while kickstarting her tour. Dressed in black and slice attire, looking at the video, we can assure you Dua managed to slay that performance.

In fact, many people on the internet agree with us. Here’s a look at some of their reactions:

What has the singer previously said about the dance?

While Dua managed to give an incredible performance, in an interview with Attitudethe singer had admitted that the trolls had messed her mental health with the memes and gifs.

She said: “There were so many things, especially when you start out, like a video of me dancing and they’re like, ‘Ah well, she has no stage presence’ – but they’d never been to one of my shows, they’d never seen me perform. They would take one small snippet and run with it and it would become a whole thing.”

She continued: “For a short period of time, it messed with my mental health. You know, I’d go on stage and if somebody was filming me, in my head, I wasn’t, like, ‘Oh, they’re filming me because they want to keep it.’ I was like, ‘They’re going to film it so they can laugh at me or something.”

However, the singer soon managed to rise back up as she added: “Yeah, it was a tough time, but I’m also so grateful for the experience because I became so much stronger. I became so much more confident after that.”

In other news, Linda Evangelista before and after failed procedure that “deformed” her face

Forces driving semiconductor boom are far from over