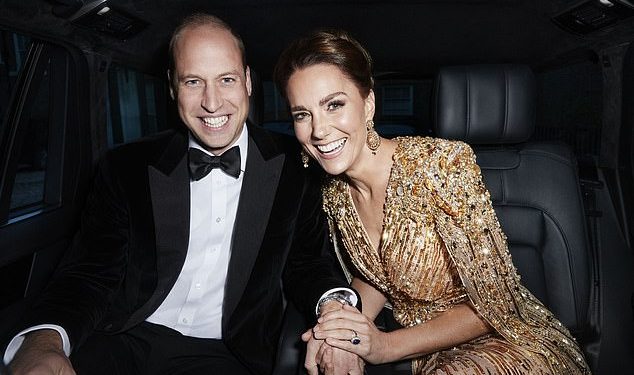 
The Duke and Duchess of Cambridge led dignitaries and celebrities in welcoming in the New Year.

The Royal couple shared a charming photograph featuring William in a tuxedo and Kate in a sparkling gold-coloured dress.

William’s father Prince Charles and the Duchess of Cornwall also wished people a happy New Year with a photo montage posted on Twitter. 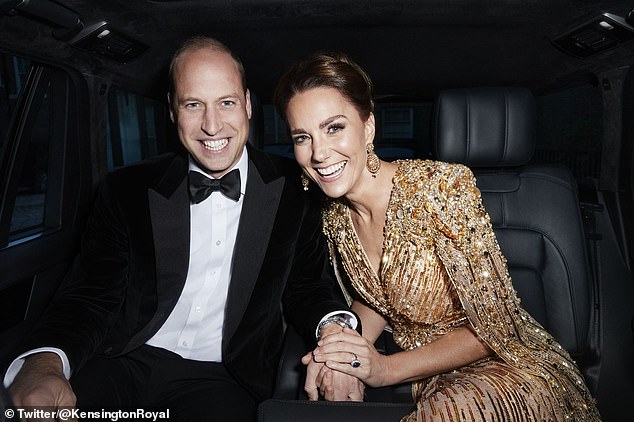 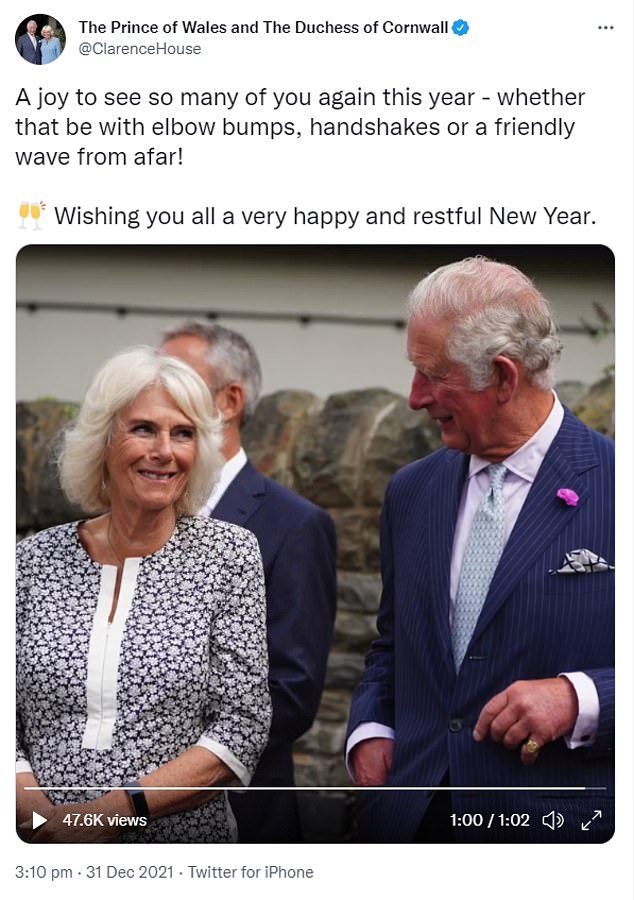 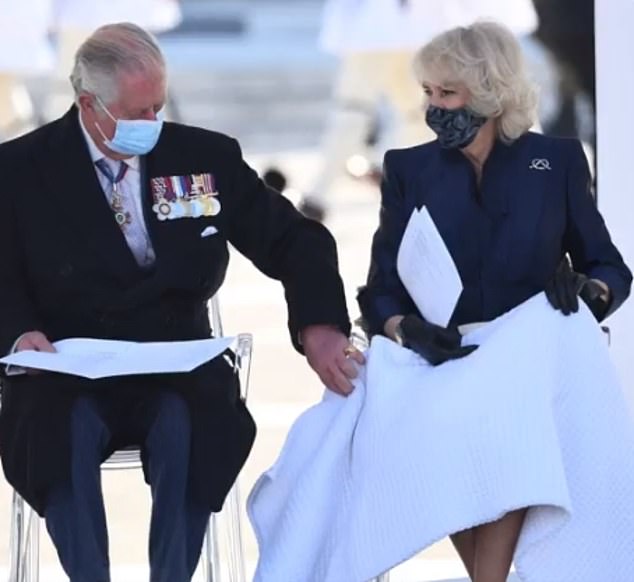 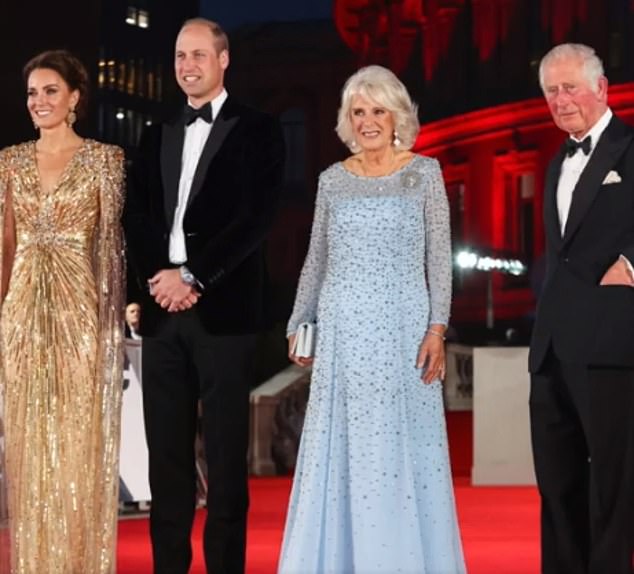 Meanwhile Charles and Camilla said: ‘A joy to see so many of you again this year – whether that be with elbow bumps, handshakes or a friendly wave from afar!

‘Wishing you all a very happy and restful New Year.’

Other celebrities also welcomed in the new year as well. 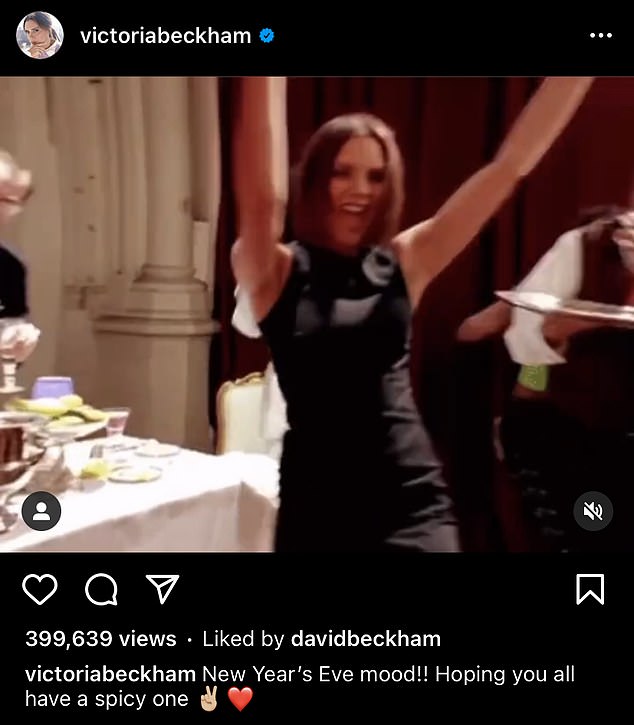 Victoria Beckham shared a photo of herself dancing on Instagram with the caption, ‘Hoping you all have a spicy one,’ accompanied by a peace sign and a love heart emoji.

‘As 2021 comes to an an end, I wanted to take a moment to thank each and every one of you for one of the most incredible years of my career,’ he said.

‘It has meant the world to be able to share my music with more people than ever before.

‘Thanks to all of you, I love you all! I can’t wait to FINALLY get back on the road with my Farewell Yellow Brick Road Tour and everything else that 2022 has in store!’ 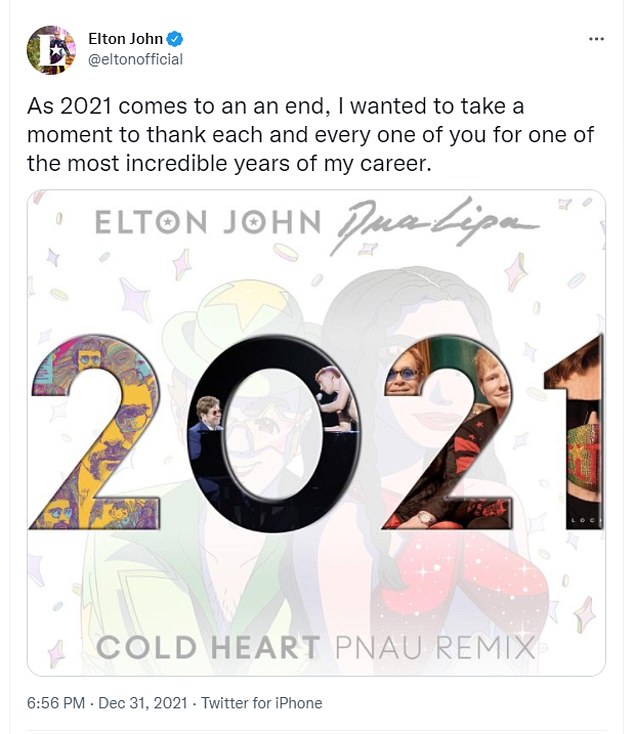 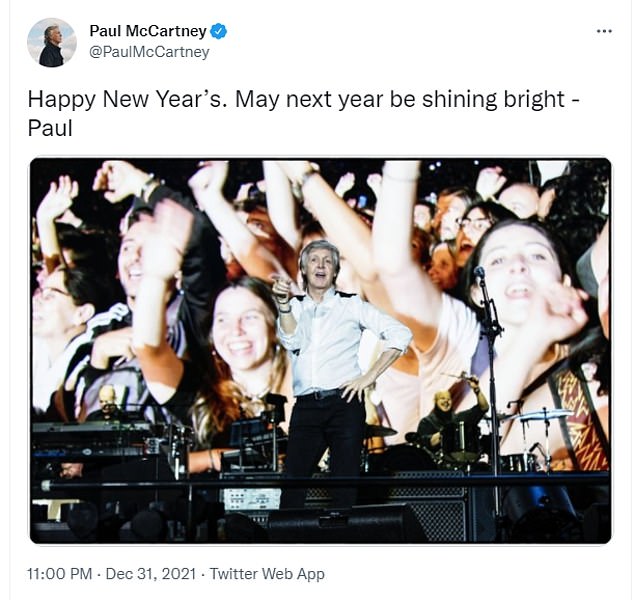 Paul McCartney shared a photograph of himself on stage with images of crowds of fans cheering on a screen behind him.

The 79-year-old captioned the image: ‘Happy New Year’s. May next year be shining bright.’ 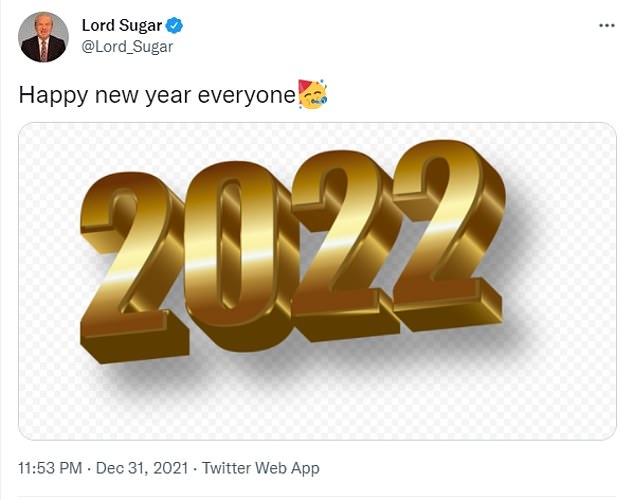 Lord Alan Sugar shared an image to welcome in 2022

Elsewhere, Strictly star Rose Ayling-Ellis delighted fans on Instagram with snaps taken in 2021, ending with a spectacular image of her holding the Strictly trophy above her head.

The 2021 series of the popular BBC show saw the 27-year-old, who was the show’s first ever deaf contestant, race to the finish line over a gruelling 13 weeks of training and live shows.

BBC bosses are reportedly planning a documentary about her life and career and are keen to make her a ‘poster girl’ for the channel. 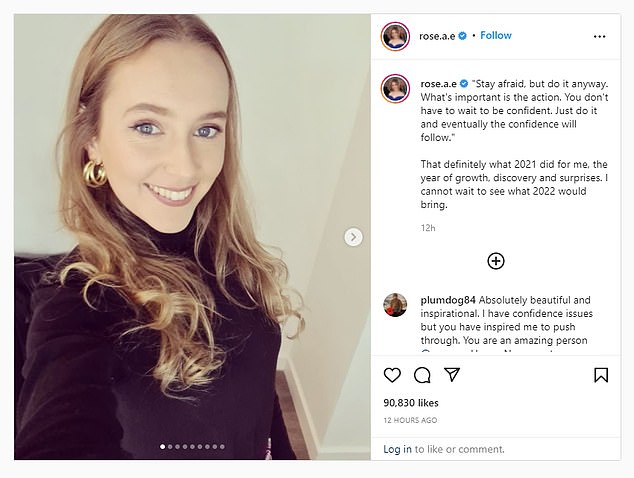 Taking to Instagram, she wrote: ‘Stay afraid, but do it anyway. What’s important is the action. You don’t have to wait to be confident. Just do it and eventually the confidence will follow.

‘That definitely what 2021 did for me, the year of growth, discovery and surprises. I cannot wait to see what 2022 would bring.’

London Mayor Sadiq Khan also shared a message with images of the spectacular fireworks which lit up the skies of London as Big Ben chimed at midnight.

‘From London to the world: Happy New Year’, he wrote.

It comes after celebrations were held throughout England for the New Year. 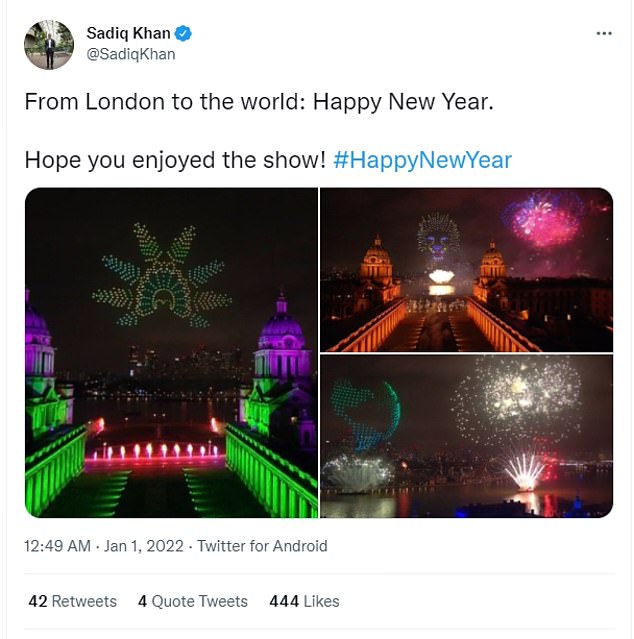 The famed firework display over London , which was cancelled last year, went ahead at a variety of locations across the capital and was screened live on BBC One and BBC iPlayer.

Members of the public were not invited to attend the display in person, and all music was be pre-recorded.

Mr Khan announced in October that the traditional display, which would have drawn hundreds of thousands of people to Victoria Embankment, had been called off, blaming Covid ‘uncertainty’.

Earlier this month Mr Khan also called off a NYE event in Trafalgar Square which would have involved 6,500 key workers and members of the public.

Boris Johnson will decide next week whether to impose new coronavirus restrictions to limit indoor socialising, The Times reported.

The Prime Minister opted not to impose new curbs between Christmas and New Year’s Eve but rising Covid case numbers are fuelling fears that new measures could be on the horizon.