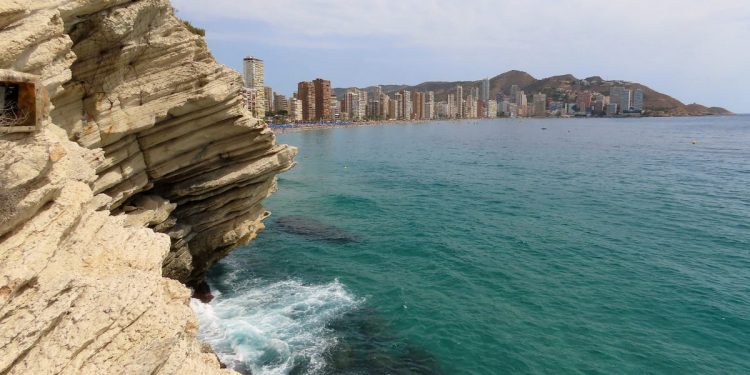 
A Dutch man was captured diving to his death from a cliff during a filmed stunt while on vacation with his family in Spain.

The video, obtained by The New York Post, shows the 31-year-old man jumping off the cliff at the Malgrats Islands on Thursday afternoon. In the video, it appears that the man hit a sharp rock before landing in the water.

“Oh my God!” his wife is heard saying, according to The Post.

His wife, who was unidentified, was with their son filming from a nearby boat.

Per the Post, citing local outlets, the family apparently rented the boat to record the stunt.

According to The Olive Press, local authorities and rescue teams located the man’s body, which was taken to a yacht club in Santa Ponsa. The man’s wife also was able to receive counseling following the incident, the reports said.

An autopsy determined that the man suffered from a broken hip and arm, and he drowned after losing consciousness, the newspaper reported.

According to the report, the man was the second tourist to die that day. Another tourist fell off a hotel balcony in Magaluf, Majorca, earlier that morning. Law enforcement officials identified that tourist as a 34-year-old from Britain, The Independent reported.