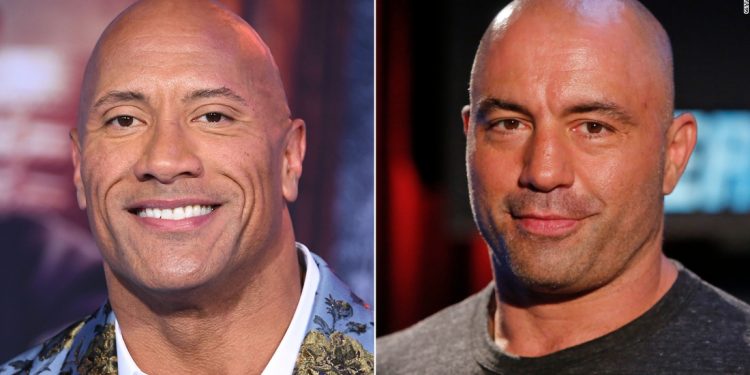 “Great stuff here brother,” Johnson wrote in response to Rogan’s post. “Perfectly articulated. Look forward to coming on one day and breaking out the tequila with you.”

Soon after singer Indie Arie, who also pulled her catalog from Spotify, shared a compilation of Rogan using the n-word multiple times on his show.

“You’re a hero to many people and using your platform to defend Joe Rogan, a guy that used and laughed about using the N word dozens of times, is a terrible use of your power,” Winslow wrote. “Have you actually listened to this man’s many racist statements about Black people?”

Johnson — whose father, wrestler Rocky Johnson, was Black — responded to Winslow writing “Thank you so much for this.

“I hear you as well as everyone here 100%,” the tweet continued. “I was not aware of his N word use prior to my comments, but now I’ve become educated to his complete narrative. Learning moment for me.”

Over the weekend Rogan posted a video apology for using the slur.

“I know that to most people, there’s no context where a White person is ever allowed to say that, never mind publicly on a podcast, and I agree with that,” he said.

Dow finishes flat, while S&P 500 and Nasdaq close lower in choppy start to the week

‘Carolina Primrose’ Is Not Your Grandmother’s Gladiola

‘Carolina Primrose’ Is Not Your Grandmother's Gladiola