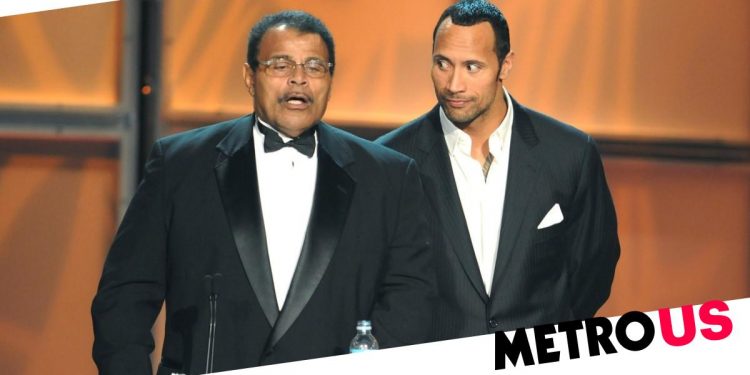 
Dwayne ‘The Rock’ Johnson had a “complicated relationship” with his late father.

The 49-year-old actor – whose late dad Rocky Johnson died in 2020 – has relived childhood memories with his father through his sitcom ‘Young Rock’ and took the chance to reflect on their bond.

He told Entertainment Tonight: ‘I was an only child and I had a complicated relationship with my dad, though he was my hero when I was a little boy.

‘And I have a loving, supportive relationship with my mom, but all the lessons that my mom was able to teach me over the years I didn’t realise because I was running around getting arrested and being an idiot at some points in my life.’

Dwayne – who broke out in Hollywood after making his name in WWE – had lived in 13 different states by the age of 13, and he pointed to his dad becoming homeless at 13 as the experiences that shaped his parenting style.

He added: ‘But some of the things and the lessons that I learned from my old man I didn’t realise how critical those lessons were until years later.

‘And, to be honest with you, I didn’t realise how important they were until he passed away.’

Although he wishes he could have given his dad ‘a big ole hug and a big ole kiss’ before he died, he’s glad their bond has never been stronger now.

He explained: ‘You know, when we lose loved ones like that we have to go through our own process.

‘But when my dad passed away you look back – and I know a lot of people feel this way too – it’s that wild thing that happens where in life if you have a complicated, loving relationship like I did with my dad, then in death and in passing – in this wild way – you actually become closer.’

Dwayne previously admitted he didn’t want to shy away from anything with Young Rock.

He explained: ‘Growing up, and you know we specifically went with these timelines in my life that were very defining times at 10 years old, 15 and 18 … there’s a lot of things in between those years that took place…

‘But it was complicated and the relationship that I had with my dad was incredibly complicated — that was fuelled by tough love.’

How much can — and will — China help Russia as its economy crumbles? – CNBC

How much can — and will — China help Russia as its economy crumbles? - CNBC