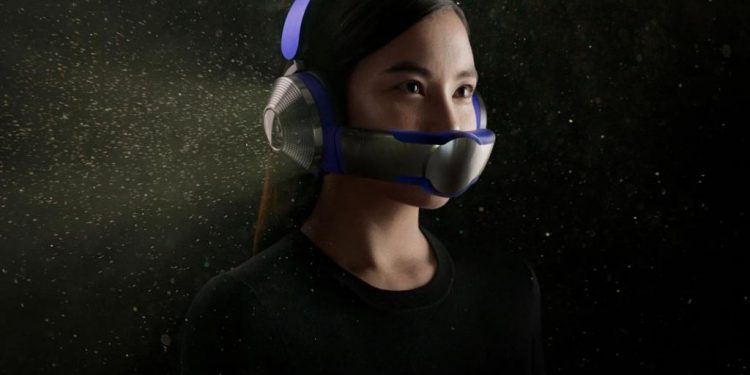 The “Dyson Zone” is a pair of noise-canceling headphones that also functions as the company’s first “wearable purifier,” capable of filtering out air pollution and allergens.

Dyson said it spent six years researching the system and developed more than 500 prototypes before landing on the final version.

“The result of over a decade of air quality research and development, the Dyson Zone air-purifying headphones simultaneously tackle the urban issues of air quality and noise pollution,” Dyson said in a release.

The headset’s strange look drew immediate attention among social media users – many of whom pointed out that it resembled the mask worn by Bane, the Batman villain portrayed by actor Tom Hardy in the 2012 film “The Dark Knight Rises.”

“The Dyson Bane, coming soon to an affluent/gullible High Street near you,” one Twitter user joked.

“I mean, we could just clean up air pollution in cities, but no, let’s all just cosplay Blade Runner instead,” another quipped.

Others joked that the device seemed like an elaborate April Fool’s Day joke — which Dyson quickly denied.

Dyson said the distinctive visor is “non-contact” and “kept near the nose and mouth” rather than fully masking them. The device works through compressors contained in each ear cup, which work to “project two streams of purified air to the wearer’s nose and mouth” through the visor

The “Zone” is capable of filtering up to 99% of particle pollution, Dyson officials told The Verge. The visor can also be removed if the wearer prefers to just use the headphones. The device is meant to protect against air pollution, not to serve as a replacement for masks that protect against COVID-19, according to Mashable.

Dyson did not reveal an exact release date for its “Zone” headset, stating only that the device would be released sometime in 2022. It’s also unclear how much the “Zone” will cost.

Artist Markus Selg: ‘We’re further in the metaverse than most of us think’

In Markus Selg’s production of...

Tesla has committed to covering...