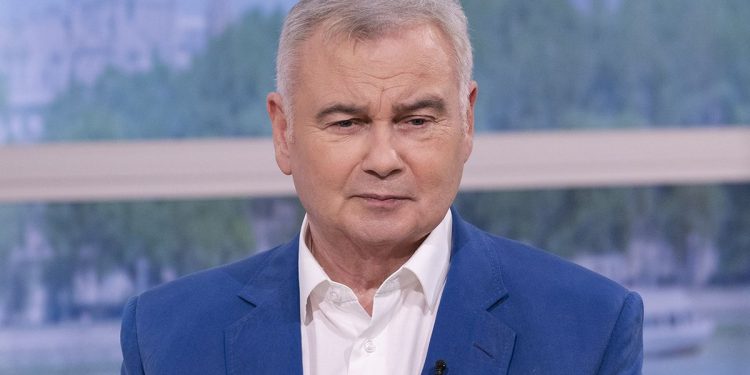 Former This Morning presenter Eamonn Holmes was pulled over by police on his way to work today.

The Northern Irish GB host, 62, says he was “delighted” Surrey Police had stopped him to check his vehicle after there had been a number of car thefts in his area recently.

Eamonn told his Twitter fans that the police were just checking the car he was in wasn’t one that had been stolen.

He wrote: “Pulled over by the #Police on the way into work and delighted to be so.

“A lot of car thefts in my area and they were just checking that the car I was in wasn’t one of them… 2 young officers in their 20’s and an absolute credit to @SurreyPolice.”

Eamonn was on his way to work at 4.55am when he made the tweet.

He was axed from ITV’s This Morning earlier this year.

But it seems Eamonn is happier than ever at his new workplace – recently admitting he “doesn’t miss daytime TV”.

Eamonn co-hosted the Friday instalment of This Morning for 15 years with wife Ruth, 61, before they were replaced on the ITV show by Alison Hammond and Dermot O’Leary last year.

During an appearance on Steph’s Packed Lunch, he was asked if he missed doing daytime TV after 15 years on This Morning.

However Eamonn confessed he didn’t and revealed how much he was enjoying his new team.

He said: “Erm, no, not at all. I really am excited with the whole breaking news environment and being involved in that. I think the first six, seven weeks now of GB News, goodness me there’s been a lot going on between Partygate and the Ukraine situation.

“It just is always happening, you don’t really have time to stop and think about it.”

Eamonn went on: “It’s just a tremendous privilege Steph to be involved in something that you want to do.