East side 2022 election candidates face their past 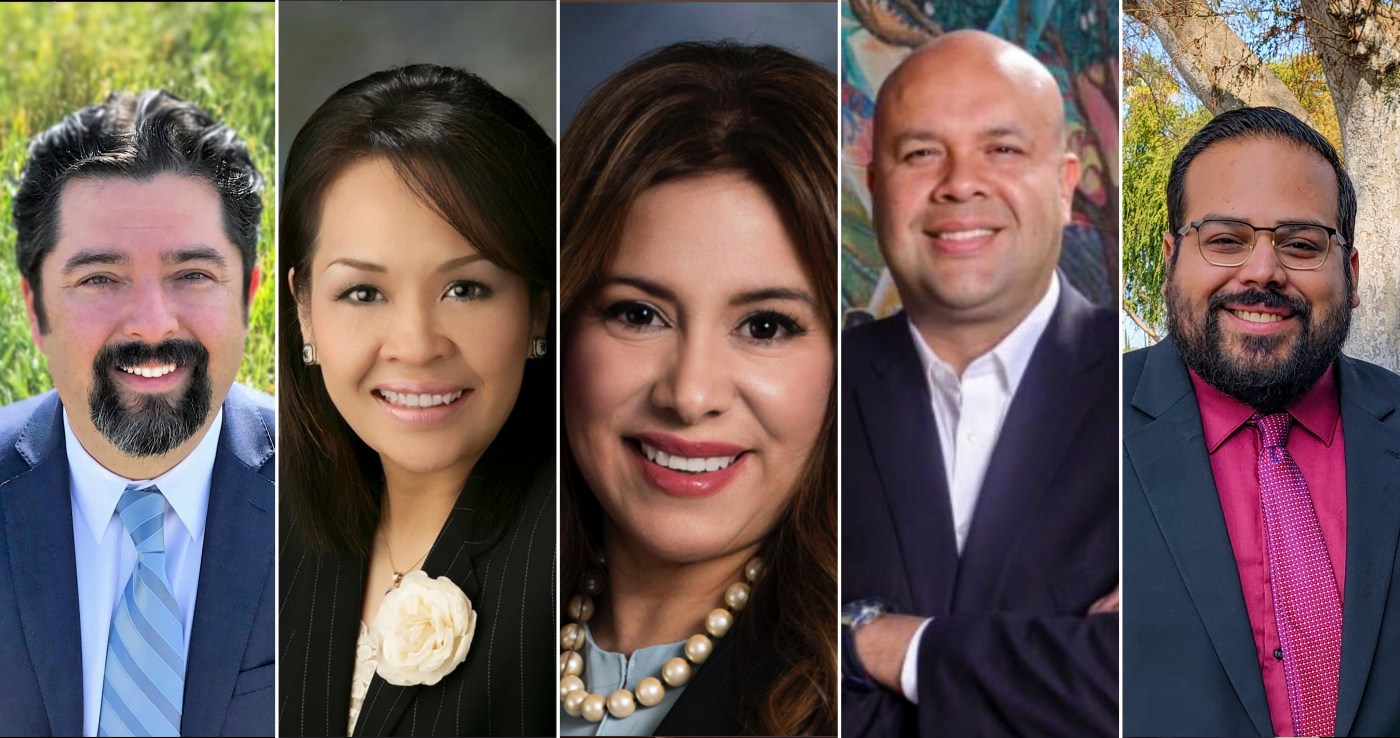 As the race to represent East San Jose heats up, skeletons of the distant past have emerged, casting shadows on two of the contenders for San Jose City Council, including the leading fundraising candidate.

Rolando Bonilla — who has raked in more than $90,000 in campaign contributions — is being forced to confront allegations made against him in a decades-old custody battle that resurfaced when copies of a 2004 San Francisco Examiner article began circulating this past week on Twitter.

The article, which was published during Bonilla’s unsuccessful run for the San Francisco Board of Supervisors, quoted court documents from a restraining order filed by his ex-wife in 1999 in which she accused Bonilla of physical abuse and failing to pay child support during a custody battle for their son. Bonilla denies the allegations, saying in an interview there was “clearly nothing legitimate there.”

“These were first-hand allegations made in court during the custody proceedings,” he said. “This is something that I’ve never shied away from. I’m proud of the life I’ve built … and I’m definitely not going to get defined by an emotional divorce.”

In his initial response Wednesday night on Twitter, Bonilla took a swipe at another candidate in the race, saying, “unlike some of my opponents, I don’t have a criminal record. I’ve never committed a crime.”

Bonilla was alluding to Santa Clara County Board of Education Trustee Peter Ortiz, who has been open about his past involvement with a gang. Ortiz was arrested in 2012 in connection with a strong-armed robbery but the charges were later dropped.

“I’ve learned from my mistakes and I’ve grown a lot,” Ortiz said in an interview. “I don’t believe in having a battle about the skeletons of the past. That’s not what’s best for the residents of District 5. We should be focusing on their future.”

That’s not exactly “fact checking”, as I have been very public about this moment in my life. Unlike some of my opponents, I don’t have a criminal record. I’ve never committed a crime. It was a nasty divorce between two 20 year olds that you are sadly seeking to exploit.

Bonilla and Ortiz are among five candidates who recently qualified for the District 5 race in the June 7 primary election to replace Councilwoman Magdalena Carrasco, who terms out this year and represent East San Jose. A total of 24 candidates have qualified for all of San Jose’s open political contests — one race to become the city’s next mayor and five to represent the city’s odd-numbers council seats.

In addition to Bonilla and Ortiz, the field for the District 5 race includes former Councilwoman Nora Campos, Alum Rock Union School Board Trustee Andres Quintero and HG Nguyen, founding president of the Vietnamese American Chamber of Commerce of Santa Clara Valley. All of the candidates aside from Bonilla and Nguyen have experience serving in elected office. Bonilla has the support of the Silicon Valley Biz PAC while Campos and Ortiz have both received endorsements from the South Bay Labor Council.

During candidate forums and interviews, all of the candidates have stated many similar goals, including hiring more police officers, revitalizing the district’s business corridors and improving the city’s response to increasing blight and homelessness.

Still, each comes to the table with different experiences and backgrounds.

For Campos, a win would give her a second stint on the city council. She served on it from 2001 to 2010, followed by six years in the state Assembly. She then launched two unsuccessful runs for the state Senate in 2016 and 2020.

Campos says her many years as an elected official demonstrates her “leadership and commitment” to East San Jose, not an ambition to be a career politician as portrayed by some of her opponents.

As a state assemblywoman, Campos authored legislation that helped lay the groundwork for San Jose’s first tiny home site for unhoused residents. More recently, she played an integral role in setting up a COVID-19 testing site at the city’s Mexican American Heritage Plaza.

“I have made a commitment in my life to serve in my community — whether in elected office or working side by side with neighborhood leaders,” she said. “It’s experience and strong relationships that are going to move this district forward and I bring that.”

Quintero is a public science professor at Evergreen Valley College and has served on the Alum Rock School Board during some tumultuous years, including amid investigations, state audits and corruption allegations stemming from financial mismanagement. When the Santa Clara County District Attorney’s Office announced that a corruption scandal over construction contracts would not result in criminal charges, Quintero spoke out against the decision, expressing disappointment that the taxpayers of Alum Rock weren’t going to “get the justice that they deserve.”

“I have a track record that I’m proud of, that people can point to, and it lets them know I’ve been through thick and thin and that I’m committed to the people of East San Jose,” he said, adding that he recently began chairing a task force exploring the concept of creating workforce housing on district land. “I want to continue to work for the people of East San Jose on the city council at that capacity and at that level.”

Nguyen worked for the city’s redevelopment agency in the ’90s and then under Assemblyman Manny Diaz in the early 2000s after he left San Jose City Hall. During her tenure on the redevelopment agency, Nguyen said she was focused on aiding businesses and revitalizing East Santa Clara Street – work she would like to continue if elected to the council.

In addition to aiding her district’s small businesses, Nguyen said she’s running to give Asian American residents — who make up more than a third of the city’s population but have no representations on the council  —  a voice inside City Hall.

“I don’t practice lip service and I don’t like laziness,” she said. “I want to make a change and I believe that I can do it together with my community in District 5.”

Ortiz, who was elected to the County Board of Education in 2018, calls his 2012 arrest his “rock bottom” and credits his mom and community mentors in helping him turn his life around. As a council member, he hopes to harness his experiences and background to address the root cause of crime committed by the city’s youth. Ortiz works for Year Up, a national nonprofit organization that provides young adults with job training and internships.

“I’m not someone who anyone ever thought was supposed to hold elected office or even make it out of the school to prison pipeline,” he said. “But I want to make sure all the generations in East San Jose that have been intentionally underinvested in have the same access to resources and benefits that more wealthiest areas have.”

Bonilla, chair of the city’s Planning Commission, said he would bring “intellectual and technical knowledge” to the position, specifically touting his law degree. Calling out his three opponents who have held elected office by name, Bonilla said residents have had to put up with “their track records of failure,” referring to crumbling infrastructure, blight and empty storefronts.

In early 2021, Bonilla set up the East San Jose COVID-19 Relief Fund, which focused on helping Latino business owners — particularly those who didn’t qualify for some of the federal aid — survive and recover from the pandemic.

Rats are kind, empathetic, great neighbors (and give massages)

Rats are kind, empathetic, great neighbors (and give massages)