EASTENDERS fans are in shock after Rainie Cross made a shock decision about her baby after surrogate Bernie Taylor gave birth.

The recovering drug addict – who is played by actress Tanya Franks in the BBC soap – finally got everything she wanted tonight when Bernie gave birth and handed over the baby boy.

Viewers know that Stuart has breast cancer and has been refusing life saving treatment after listening to a conman who sold him dodgy shakes.

Tonight Rainie kept the truth about Stuart’s refusal from Bernie – until she couldn’t.

“You shouldn’t have lied to me,” Bernie told them after a long labour.

“But today I saw how much you both want this, how much it means. 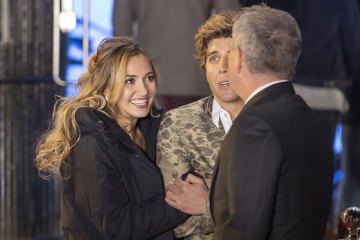 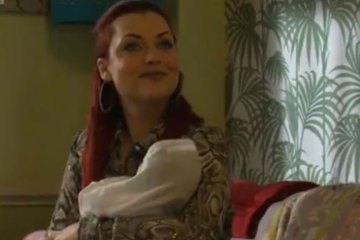 “With you in his corner he’ll get through anything – even a sing song during labour. You’re going to be brilliant parents, congratulations.”

But after Bernie agreed to hand over the baby, Rainie became emotional.

“I spent so much of my life wanting things I didn’t have but I’ve never wanted anything more than this,” she said.

“But there’s some things you just can’t have on a lie.”

As Rainie began to sob hysterically, she handed the baby back to Bernie and made a shocking admission.

“Stuart’s cancer is bad,” she said.

“It’s getting worse and he won’t have the surgery and I can’t let you give us that baby without knowing the truth.”

Viewers are in shock after the scenes that left Bernie holding the baby.

One wrote: “#Raine your life has been so painful and now #Stuart illness is wiping the floor with you. #eastenders do somthing”

A second said: “I’m so mad at Stuart for putting Rainie in a position where she had to give her son back.”

A third added: “So Rainie convinced Bernie to be her surrogate, promised her a load of money then when she has the baby she reneges on the deal and says nah, you keep it. That’s some epic s***housery!”