Ed Sheeran and Camila Cabello for ITV’s ‘Concert For Ukraine’ 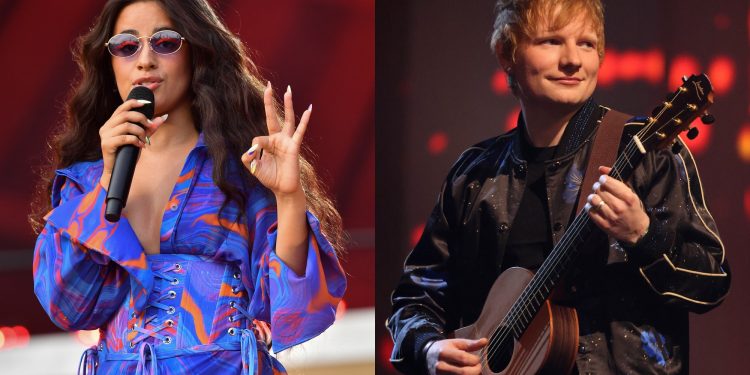 
Ed Sheeran and Camila Cabello have been announced for ITV’s Concert For Ukraine at Resort World Arena in Birmingham next week – get tickets here.

They’ll be joined by the likes of Emeli Sandé, Gregory Porter and Snow Patrol with further announcements to be made in the next few days.

Additionally, all sponsorship and advertising revenue generated from the broadcast of the event – which is expected to raise over £3million – will be donated by ITV to the DEC fund.

Tickets for the event, which is being held at Birmingham’s Resort World Arena, go on sale tomorrow (March 22).

💙💛 @Camila_Cabello, @edsheeran, @emelisande, @GregoryPorter and @snowpatrol are the first performers to be announced for Concert for Ukraine, a two hour fundraiser event raising money for the @decappeal humanitarian appeal in Ukraine on Tuesday 29 March on ITV 🌻 pic.twitter.com/TnoBCfWX3f

Speaking about the crisis, Camila Cabello said: “My heart is breaking for the people of Ukraine. As refugees from Ukraine join millions of other displaced people around the globe, we all have a responsibility. One of the biggest needs is to get funds to organisations who can serve these communities directly, so we’re focusing our efforts on doing that as quickly as we can.”

Emeli Sandé added: “I will be singing to try to help every human being forced to flee their home and in solidarity with those being racially discriminated against even within this humanitarian crisis. Nobody should be refused access to relief, aid and the right to cross the border to safety, and I’m pleased for the chance to support the DEC’s appeal to help all people whose lives have been affected by the conflict.”

“It has really affected us,” singer Anna Kuprienko said. “We were only there two months ago. We were hopeful that this situation with Russia wouldn’t go where it has and that it would resolve.”

The likes of Arcade Fire, Patti Smith and Franz Ferdinand have performed at Ukraine fundraiser shows recently, while London’s Shepherd’s Bush Empire has announced that it’ll host ‘A Night For Ukraine’ this week.

Elsewhere, The Cure launched a new charity band t-shirt as Massive Attack confirmed plans to sell off special artwork to help victims of the Ukraine invasion.

You can donate here to the Red Cross to help those impacted by the conflict, or via a number of other ways through Choose Love.

What Is The Best Fertilizer For Canna Lilies?

What Is The Best Fertilizer For Canna Lilies?