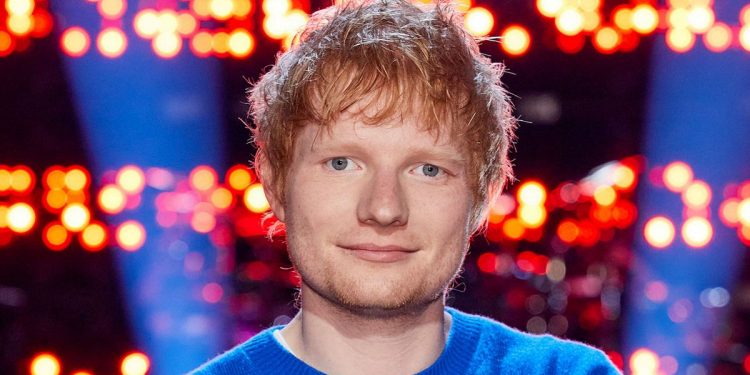 
Ed Sheeran has topped the list for most radio plays last year in a study that analysed 24,000 radio stations in 150 countries

Ed Sheeran teases release of his song with Elton John

It has been revealed singing sensation Ed Sheeran is the world’s most played artist on the radio, beating the likes of Dua Lipa to the accolade.

Third place went to The Weeknd with three million plays, while Queen finished in fourth with 2.9 million.

Making up the top five was US band Maroon 5 who landed 2.8 million plays.

The report was collated by net music platform Viberate, who analysed 24,000 radio stations in 150 countries.

Ed’s “win” comes shortly after he was found to be the UK’s highest tax paying celeb last year.

The flame-haired singer is said to have handed over £12.5 million to the Treasury, according to the latest Sunday Times Tax List.

It was clear that pop music was the world’s favourite genre, with 141 million plays over the year, but rock music had made a clear resurgence, coming in second with 79.9 million spins.

Speaking of Queen’s second-place standing, the band’s drummer Roger Taylor, 72, told The Sun: “I take great joy in the fact there’s an awful lot of love for us still. It constantly surprises me.”

Elsewhere on the report, it was found that Justin Bieber could boast the most Spotify followers, with an extra 13.5 million new Beliebers following the star last year.

However, his fans didn’t help him land the most streams online, according to the findings. That feat went to teen sensation Olivia Rodrigo with the 18-year-old’s tunes being streamed a massive 5.1 billion times.

It was reported last year that the Driving Licence singer had to give up millions in royalties after song copying accusations.

She reportedly had the shell out huge sums of money after retroactively giving other singers and songwriters credits on some of her most popular songs after a resemblance was spotted.

Olivia has stormed the music industry by since bursting on with number one hit Driving Licence.

Dua Lipa came in second place on the report
(

But fans of the singer pointed out that there seems to be similarities between her smash hit Good 4 U and Paramore’s single Misery Business from 2007.

Ed meanwhile is set to perform at this year’s BRIT Awards on February 8.

The annual music awards ceremony returns to London’s The O2 Arena and the likes of Doja Cat and Liam Gallagher are also taking to the stage.

Adele was supposed to be performing, but has pulled out after cancelling her Las Vegas shows.

Cheryl stuns in a rare public appearance as she takes her beloved dachshund for walkies
Tags: artistBeatsDuaLipaPlayedSheeranWeekndworld
Previous Post