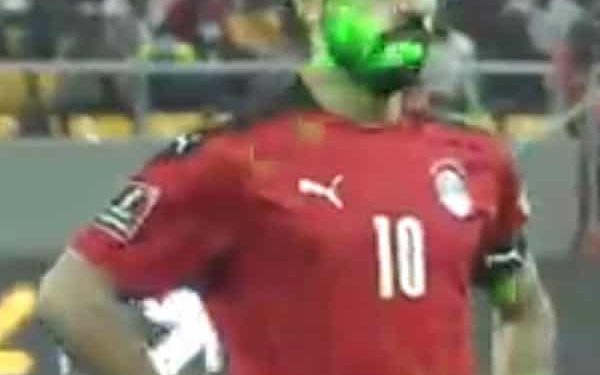 
The Egyptian FA has claimed its team were subjected to racism and intimidation during their World Cup playoff defeat to Senegal, with Mohamed Salah named as being particularly targeted.

The Liverpool forward had lasers shone in his face prior to wildly missing a pivotal penalty in the shootout, with club teammate Sadio Mané converting his own spot kick to send Senegal to the World Cup finals in Qatar.

As well as abuse from the stands, the Egyptian FA claim their team were attacked with rocks and bottles on the bus before the match in Dakar, posting a number of images to their Instagram page as “proof”. It is unclear whether they will appeal the result, with many feeling the lasers could have adversely affected Salah before his penalty.

A statement from the Egypt FA said: “The Egypt national team have been exposed to racism with offensive signs in the stands against the Egyptian players in general, and Mohamed Salah in particular.

“The crowd also intimidated the players by throwing bottles and rocks on them during the warm-up. The Egyptian group’s busses have also been exposed to assaults that led to broken windows and injuries; filed with pictures and videos as proof in the complaint submitted.”

Senegal’s Boulaye Dia had scored early on in the match to forced extra-time, levelling the aggregate scores following Egypt’s 1-0 win in the first leg in Cairo.

Following extra-time, the nerve-filled shootout started with four misses, including from both captains – Kalidou Koulibaly and then Salah – but Senegal won the shootout 3-1, with Mané reprising his heroics from the Africa Cup of Nations final last month.

Senegal will now compete at a third World Cup after the reaching the quarter-finals in 2002 and playing in Russia four years ago.

In Abuja, Nigeria fans stormed the pitch as the fallout from their surprise failure to reach the World Cup finals started immediately after the final whistle of their 1-1 home playoff draw with Ghana that sealed the home team’s fate.

Fans at the stadium reacted to the result, which means Nigeria miss out on a trip to Qatar on the away goals rule, by throwing objects at both the small group of visiting fans in the Moshood Abiola National Stadium and the Ghana players.

Local security was slow to react to the violence, which included a pitch invasion on the final whistle, and the Ghana players were left to battle their own way towards the tunnel in scenes that will no doubt draw the ire of the Confederation of African Football and Fifa.

When police finally did get involved they started to beat the rioters with their batons, while it took teargas on the pitch to disperse the unruly fans, who also smashed the dugouts.

Nigeria, who had appeared in six of the previous seven World Cups, had been expected by most of the 60,000 crowd in Abuja to book a place again after the first leg of their playoff finished 0-0 in Ghana on Friday.

But a goalkeeper error from Francis Uzoho allowed Thomas Partey to open the scoring for Ghana early in the return game.

William Troost-Ekong equalised from the penalty spot but the home side limped out of contention with a tepid second-half display in which they rarely threatened the visitors’ goal.

For Ghana, and their newly appointed technical adviser Chris Hughton, it is a major triumph in a qualification campaign in which they never really impressed and had looked a shadow of the side that reached the World Cup quarter-finals in 2010.

Karl Toko Ekambi scored the winner four minutes into stoppage time at the end of extra time as Cameroon sensationally booked their place in Qatar with a 2-1 victory over hosts Algeria in their playoff at the Stade Mustapha Tchaker.

Algeria looked to have won when Ahmed Touba netted with three minutes remaining at the end of extra time, but Cameroon pushed everyone forward for the final play of the game and Toko Ekambi latched on to a loose ball to net a most unlikely winner.

The victory on the away goals rule seals an eighth World Cup finals appearance for the Indomitable Lions. Algeria had won the first leg 1-0 on Friday that left them heavy favourites to advance.

It seals a disastrous two months for the north African side who were dumped out of the Africa Cup of Nations finals, played in Cameroon, in the group stage in January as they gave up the title they won in 2019.

In Tunis, Tunisia qualified for a sixth World Cup finals appearance after a 0-0 draw at home against Mali ensured their place in Qatar with a 1-0 aggregate triumph.

Mali, who have never qualified, were much more enterprising but failed to break down a typically tight Tunisia defence, as the hosts held on to their advantage from last Friday’s first leg in Bamako.

The north Africans benefited from a horrendous own goal in Mali where the defender Moussa Sissako contrived to turn the ball into his own net in the first half of the first leg and then get himself sent off only four minutes later.

With a 1-0 lead, Tunisia played it safe and the return match had little of the drama of the first clash, although there was some needle between the two teams given what was at stake.

In Casablanca, Morocco qualified for Qatar after Azzedine Ounahi scored a double as they overcame first-half injuries to beat the Democratic Republic of Congo 4-1 in the second leg of their playoff.

They advanced 5-2 on aggregate after a 1-1 draw in Kinshasa in Friday’s first leg and will compete at the finals for a sixth time. Tarik Tissuoadali and Achraf Hakimi scored the other goals for Morocco, who were 2-0 up at half-time despite losing defender Jawad El Yamiq after six minutes to a muscle injury and having to take off goalkeeper Yassine Bounou, suffering from concussion after twice being hit on the head in aerial duels, in the 43rd.

Substitute Ben Malongo netted a consolation for the Congolese with a shot on the turn from the edge of the penalty box that was the pick of the night’s efforts.