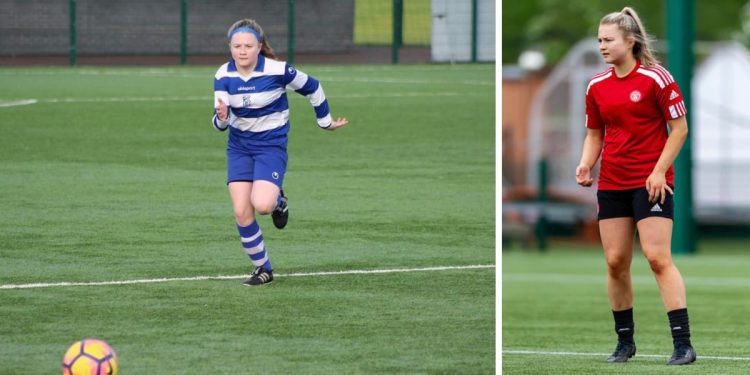 A FORMER Kilwinning youth footballer has taken another massive step in her career after receiving a call up to train with her national side.

Eilidh Martin, 18, will now join up with the Scotland Women’s under 19s squad, testing herself with the best the country has to offer.

Though it was not long ago, when she was plying her trade as a youngster in the youth football ranks at Kilwinning Sports Club.

Eilidh’s journey was certainly an interesting one, as she played much of her youth career at Kilwinning’s 2004 side – as the only female in a team of males.

Though she was always one of the stand out performers, and soon earned herself a move to top side Glasgow Rangers.

While playing their in early 2020, Eilidh received her first national call up, for Scotland’s under 16 side, where she earned two caps and scored once.

Back at a club level, she spent last season on loan at Motherwell from parent club Rangers before, in June of this year, signing for Lanarkshire rivals Hamilton Academicals on a permanent deal.

Less than a month later, July 19, the club announced the young defender had been called up to the Scotland 19s training camp, which will take place next month.

Her former Kilwinning club commended her “fantastic achievement” and the Times wishes Eilidh all the best!

Project L will be free to play, with Illaoi joining the roster

Project L will be free to play, with Illaoi joining the roster