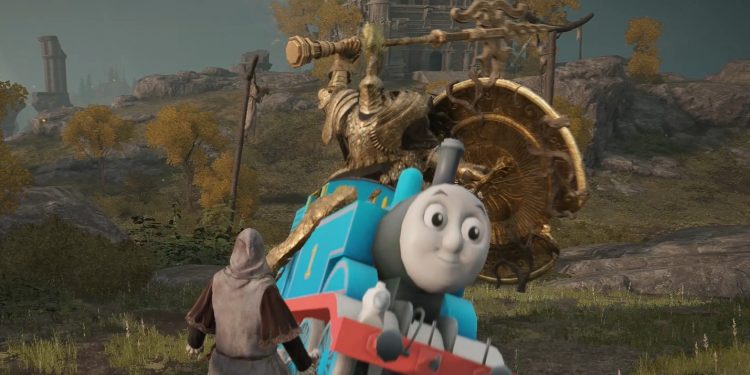 Many gamers reject the idea of difficulty modes in Soulsborne games on the grounds they don’t like easy modes, but they forget that a difficulty slider could also provide an even greater challenge. If Devil May Cry games can feature a punishingly brutal mode that makes players die in one hit, why shouldn’t Elden Ring feature something similar?

Since Elden Ring doesn’t have an official hard(er) mode, modders went ahead created the Prepare to Die (Hard Mode) mod. This unofficial patch increases enemy stats significantly. For instance, enemies in an NG run will sport health, stamina, damage, and defense equivalent to enemies in NG+. Moreover, every hostile creature in the game is smarter and more vigilant, as they can see and hear players from further away. For now, this mod might be the ultimate Soulsborne challenge.

Thanks to the magic of cables, wi-fi, and Bluetooth, PC gamers can connect their Xbox, PlayStation, and Nintendo Switch controllers to their gaming rigs and play Elden Ring pretty much however they want. However, computer ports usually only feature button prompts for keyboards and Xbox controllers, Elden Ring included. Modders have taken it upon themselves to fix that oversight.

The PS5 PS4 Controller UI mod is pretty self-explanatory; the unofficial patch replaces all internal texture files related to button prompts with those for the PS4 Dualshock and PS5 Dualsense controllers. The experience would be cosmetic if it didn’t actually help players figure out what buttons they need to press.

It’s no secret that Elden Ring’s camera kind of sucks. Many gamers complain about how it misbehaves, especially when the character moves. While the staff at FromSoftware could fix the game’s camera in a future update (or an eventual sequel), modders have already alleviated the problem.

The Fix the Camera mod, true to its name, fixes Elden Ring’s built-in camera system. In the vanilla experience, the camera swings around lazily in an attempt to keep characters centered on the screen, which is bound to give many players motion sickness. The mod, meanwhile, lets the camera simply snap the character towards the screen’s center, which not only looks smoother but also works faster than the unmodded camera. With any luck, FromSoftware will draw inspiration from this mod for future camera fixes.