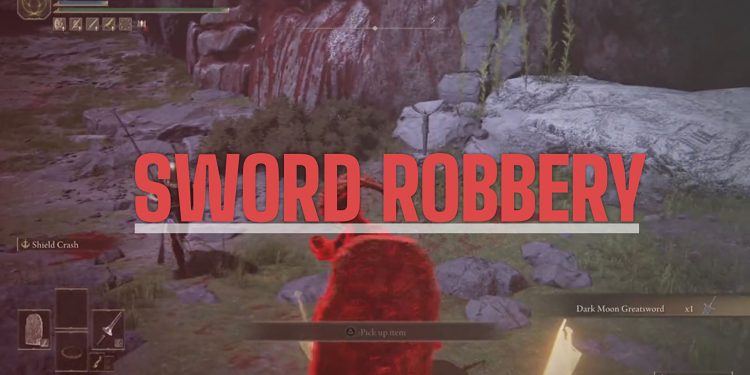 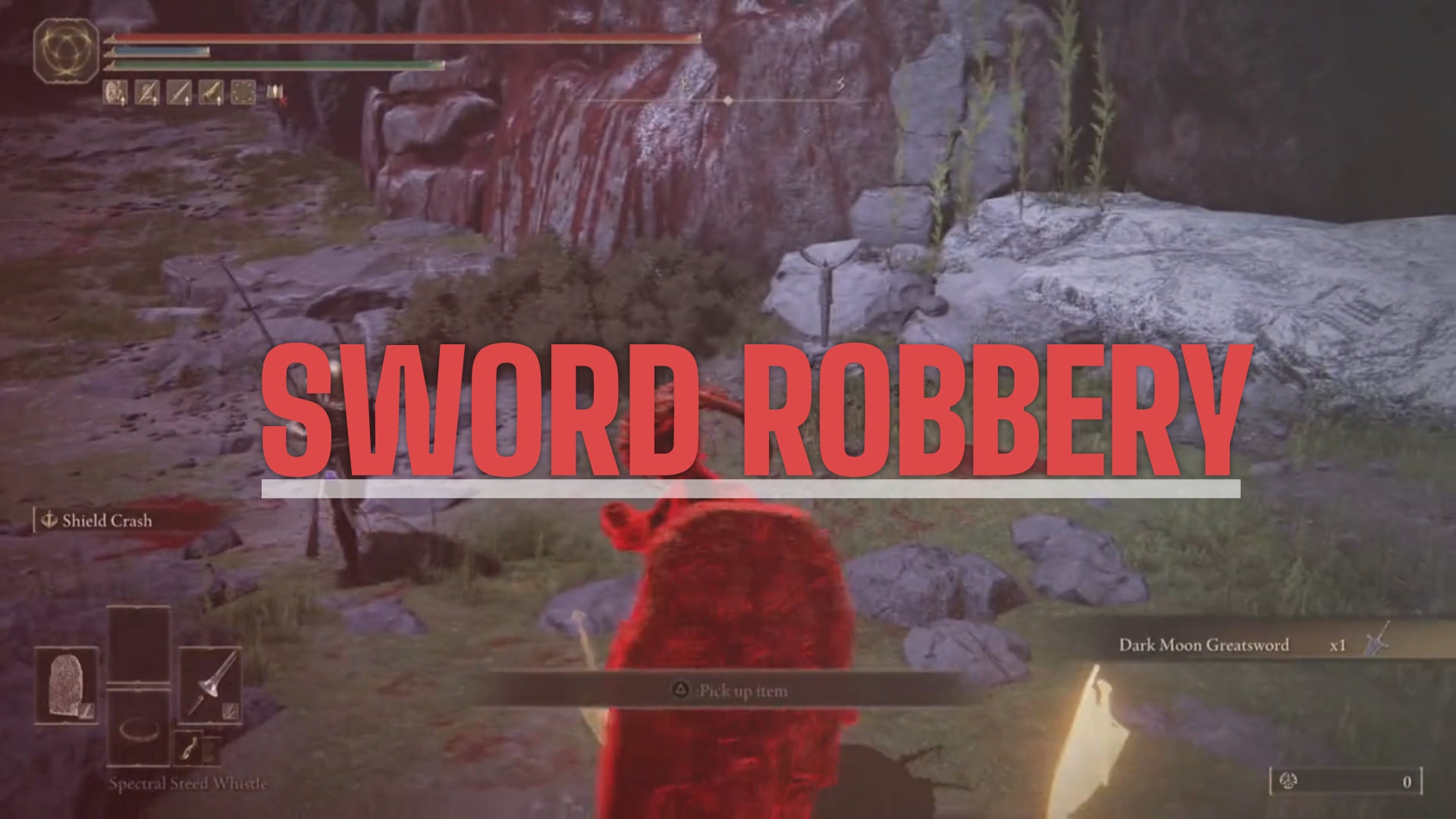 Elden Ring can be an incredibly punishing game for those caught unaware of the danger around them, and that’s especially true when it comes to PvP invasions. Just because you have a summoned friend by your side, doesn’t mean you’re safe from misfortune.

A video released on Twitter today proves as much, as an invader runs up to a pair of players trading items and steals some incredibly valuable loot off the ground. This includes an almost fully upgraded Sacred Relic Sword, and the Dark Moon Greatsword.

The video, created by twitter user ShikasClouds and embedded below, makes for an absolutely horrific watch. The relic sword is a rough loss, yes. But the stolen Dark Moon Greatsword is especially heart wrenching, as this weapon can only be picked up once per playthrough. This means the victims of this theft are forced to head into new game +, or start a totally new save file, in order to grab it again.

I just done the most EVIL thing you could ever possibly imagine doing on Elden Ring. I’m a WHOLE VILLAIN! HOLY SH!T WHAT HAVE I DONE pic.twitter.com/pw3FZBkFQL


It makes for a great watch, but also a valuable lesson learnt to not just the players featured in the clip, but those of us comfortably spectating after the fact. If you’re doing a bit of cheeky trading via the summoning system in Elden Ring and get invaded, pick up your items quickly! Worst case scenario, summon your buddy again, but don’t risk losing your precious cargo.

For some less upsetting Elden Ring articles, you might want to check out our coverage of the recent nerf to the beloved mimic tear summon. Alternatively, if you want a better idea of everything that’s come in the patch, we’ve got an article covering the new NPC markers on the map and more here.