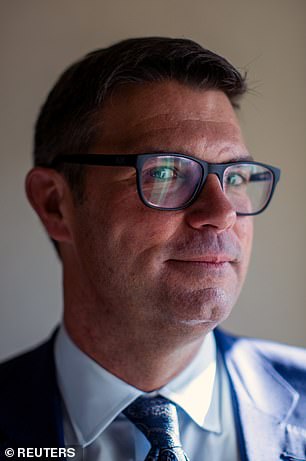 Eli Lilly’s chief financial officer has resigned after 26 years at the firm following a probe into his ‘personal relationship with an employee’ which uncovered ‘inappropriate personal communications’ with staff and ‘poor judgment’.

Josh Smiley, who was also SVP of the drugmaker and sat on the executive committee and earned a $7.3 million figure salary, is leaving the company, Eli Lilly announced in a press release Tuesday.

Lilly, whose COVID-19 antibody cocktail was given FDA emergency use authorization in December, said it was recently made aware of allegations of an inappropriate personal relationship between Smiley and another employee.

The company immediately hired external counsel to carry out an independent investigation, it said.

The probe revealed what the company described as ‘consensual though inappropriate’ personal communications between Smiley and multiple employees, as well as behavior that Lilly leadership said exhibited poor judgment by Smiley.

His conduct was not related to financial controls, financial statements or any other business matters or judgments, the company said.

Smiley’s bio page had already been removed from the company website Tuesday morning.

His LinkedIn page had also been taken down.

He will be replaced by Anat Ashkenazi, who has worked at the company for almost 20 years, most recently in the role of senior vice president, controller and chief financial officer of Lilly Research Laboratories.

David A. Ricks, Lilly Chairman and Chief Executive Officer, said the company expects its workforce to follow its core values of ‘integrity, excellence and respect for people.’ 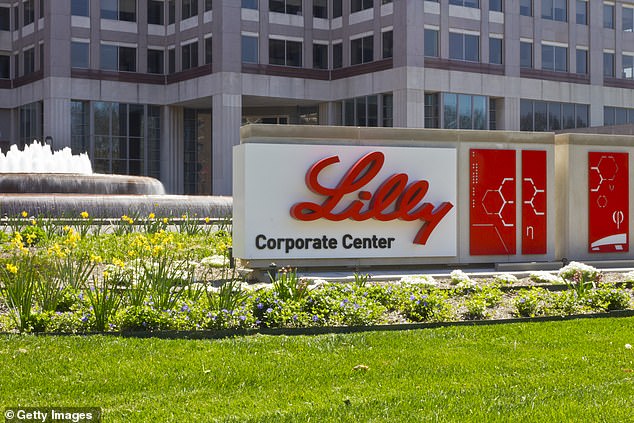 Josh Smiley, who was also SVP of the drugmaker and sat on the executive committee and earned a $7.3 million figure salary, is leaving the company, Eli Lilly announced in a press release Tuesday

‘Lilly’s core values are integrity, excellence and respect for people. We expect all employees to live these values, and we expect exemplary conduct from our executives at all times,’ he said in a statement.

Ricks ‘wish[ed] him well’ in the future and pointed to his successor’s ‘impeccable track record.

‘We are confident in Anat’s ability to serve as our next CFO given her impeccable track record of leadership and business success across nearly all major parts of the company, most recently as corporate controller and head of strategy,’ he said.

‘Having finished 2020 with strong momentum and strong financial performance, we are well positioned to continue delivering on the promise of our pipeline and the potential to grow Lilly and its impact on patients’ lives in the decade to come. We appreciate Josh’s many contributions to Lilly and wish him well.’ 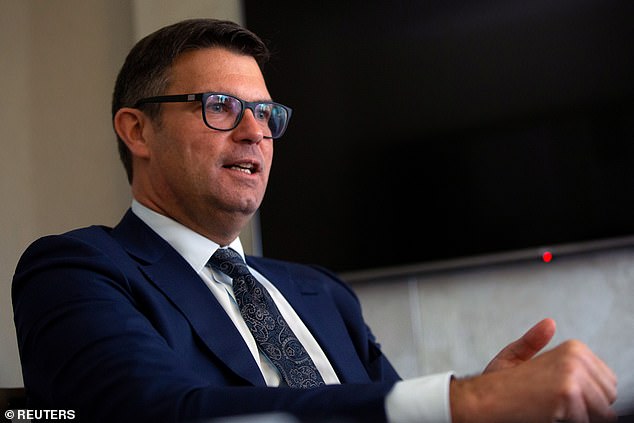 Lilly said it was recently made aware of allegations of an inappropriate personal relationship between Smiley and another employee. An independent investigation revealed ‘consensual though inappropriate’ personal communications between Smiley (above) and multiple staff 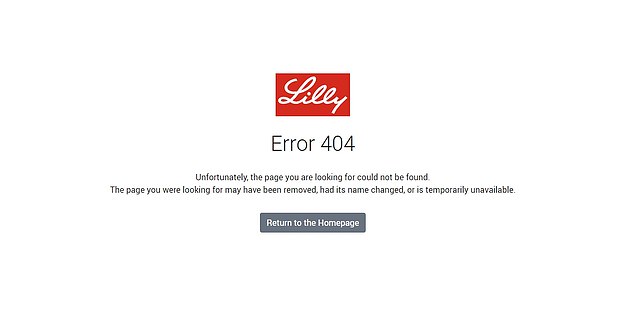 Under the terms of the separation agreement reached between Smiley and the company, he will be available to assist in the transition to Ashkenazi.

The company did not disclose any further details about the agreement including any any financial settlement reached.

Smiley made $7,348,400 in the role, making him the second highest-paid employee at the firm after CEO David Ricks, according to Wallmine.

He was also a shareholder in the drug firm. SEC filings show he exercised 19,266 shares worth almost $4 million on February 1 – just one week before his departure was announced.

He reportedly still owns around 60,702 units of stock.

Smiley joined the drugmaker back in 1995 and rose through the ranks working across finance, sales and marketing divisions before being named CFO in 2018.

He was a member of the company’s Six Sigma initial deployment and leadership team.

In 2007, Smiley was appointed to vice president and CFO for Lilly Research Laboratories before being promoted to senior vice president of finance and corporate controller in 2011, making him responsible for the company’s financial operations across the globe.

Prior to joining the drug maker, Smiley worked in investment banking and consulting.

He graduated from Harvard University in 1993 with a bachelor’s degree in history.

Smiley is a board member of the National Association of Manufacturers’ (NAM) board.

His future on the board is not clear. The association’s board of directors’ page on the website still featured Smiley Tuesday morning.

A request for comment from NAM was not immediately returned.

‘I’d love to be back at Wanderland,’ says Julie Dolan Medallist – FTBL | The home of football in Australia – The Women’s Game

'I'd love to be back at Wanderland,' says Julie Dolan Medallist - FTBL | The home of football in Australia - The Women's Game

Watch the trailer for the Rugrats reboot headed to Paramount Plus

More Americans than ever identify as LGBTQ: poll

More Americans than ever identify as LGBTQ: poll