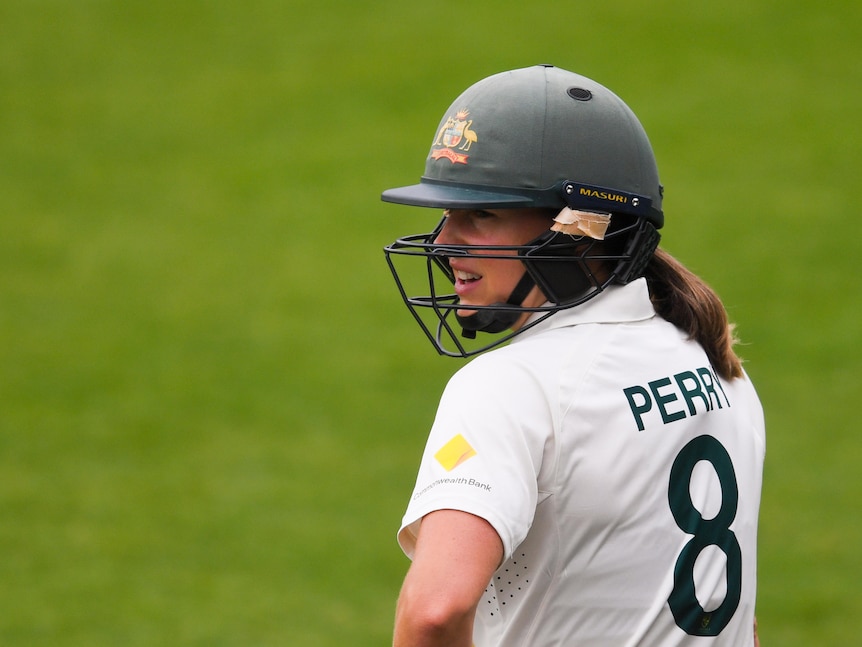 Ellyse Perry has become the undisputed queen of Women’s Ashes cricket after going to the top of both the all-time run-scoring and wicket-taking charts.

Perry topped former England skipper Charlotte Edwards’s record of 1,534 runs in Ashes matches on Sunday, taking her haul to 1,552 at 53.51 across all formats with her second-innings 41.

Hours later, she took her 68th wicket in Ashes cricket to go one clear of England veteran Katherine Brunt, who claimed eight scalps in the Canberra Test alone.

Perry’s records are assisted by the introduction of the multi-format Ashes in 2013, as well as the increase in the frequency of Ashes series.

But it is still a telling indicator of her all-round ability in all three formats of the game after she took the new ball again and batted at number four in Canberra.

Perry’s career batting average of 75.20 ranks second in all women’s Test history, while her bowling average of 19.97 ranks in the top 25.

The positive margin of 55.23 between the two figures is second only to Don Bradman in all men’s and women’s Test cricket, with Bradman’s numbers of 63.94 owing mostly to his batting prowess.

Perry’s record-breaking effort comes less than a fortnight after she was left out of Australia’s Twenty20 team for the first three games of the series, but she will be certain to keep her spot in the one-day side as the Ashes series continues.

The 31-year-old said earlier in the Test she had not entered the Test trying to prove a point.

“There was no point to prove,” she said.

“If there is an opportunity and I’m in the side I really want to play a role for the team.

“We’re in a really great position with Australian cricket with the depth and talent that we have.

“It puts everyone on their toes in terms of form and performances and pushing the game forward.

“So I’m certainly no different.”

Chips are down as Tesla and Apple suffer growth pains

Peyton Manning has a retirement tip for Tom Brady on ‘SNL’

Peyton Manning has a retirement tip for Tom Brady on ‘SNL’