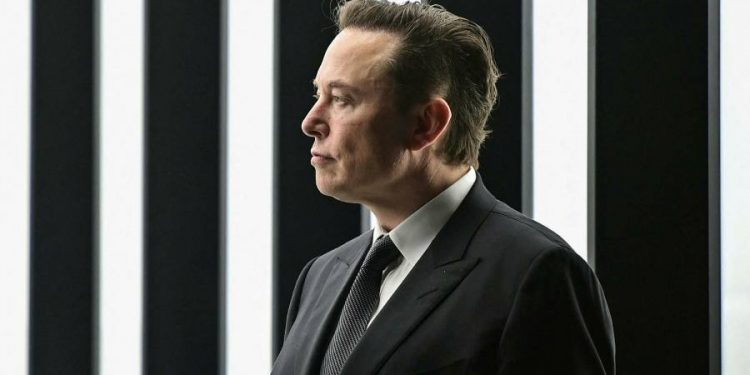 This article is an on-site version of our Swamp Notes newsletter. Sign up here to get the newsletter sent straight to your inbox every Monday and Friday

One of the reasons I like writing Swamp Notes is that I almost always enjoy the resulting interaction with our subscribers (I’m sure you agree Rana).

As readers go, you are unusually polite, thoughtful and engaging. Where you disagree, which does occasionally happen (I didn’t say you were perfect), most of you are constructive in how you do so and I usually learn from your criticisms. This leads me to believe that very few of you are active on Twitter. I have no data to back this up. But inveterate tweeters possess a certain mien that most of you seem to lack. Call it a tendency to be hypercaffeinated and a readiness to shoot first and follow-up tweet later. Long may Swampians inhabit a culture seemingly apart from Twitter.

But — you knew this conjunction was coming — you ignore Twitter at your peril. To paraphrase Trotsky, you may not be interested in Twitter but Twitter is interested in you. While you are walking the dog, doing your day job, or reading an actual physical newspaper, Twitter is where much of today’s conventional wisdom is being formed. That is particularly true for the elite media. It is also why so many journalists are in a frenzy about Elon Musk’s hostile bid for the platform. Some of them are even promising to quit the site if Musk’s $43bn bid succeeds. (I’m sceptical anyone would actually do so but the thought did also occur to me.)

So please be patient while I share my profound ambivalence about this site. On the plus side, Twitter is full of interesting people with ideas to share and links to journalistic or academic pieces that I probably would not otherwise have found. Used properly, it is a tool of intellectual enrichment and a source of diverse thinking. The problem is that it is very hard to use wisely. That requires discipline, which is difficult to sustain when there’s an endless vista of doomscrolling to wade through, not to mention annoying people to contradict. Or indeed your own pieces to promote (I plead guilty).

Moreover, like all social media, Twitter is clearly addictive. Perhaps the best metric is the frequency with which people tweet, which you can easily calculate by dividing their tweets by the date they joined. Some people, who I will not name, have tweeted several hundred thousand times. If they joined a decade ago and tweeted 300,000 times that would mean they are tweeting an average of 82 times a day, or one every 17 minutes, which understates the pathology since presumably they also sleep. This is not mentally healthy. Compulsive tweeting also seems to obliterate irony. I once saw a well-known journalist tweet a picture with the caption: “Enjoying a private moment with the kids.” It is only a small step to live-streaming from the proctologist.

From a journalistic point of view, it is also harmful. Someone who spends all day tweeting is not wearing down their shoe leather, which is the surest mark of a good reporter. Nor will academics have much time for deep reading. The more someone tweets, the less attention I pay to them. It is not my calling to help them fill that void in their life. But my biggest objection is that Twitter users, particularly of the liberal persuasion, police consensus by rewarding those who echo it and shaming those who don’t. A site that ought to showcase the flinty virtues of individual thinking too often morphs into flocks of timid sheep echoing the prescribed line. The site is often driven more by emotion than thought. I’m all for putting Vladimir Putin on trial for war crimes, for example, but I get impatient with people who know the realities of the world better than that yet still choose to morally grandstand all day. Among the prominent culprits are senior academics and former diplomats. Their goal is clearly maximum retweets and new followers, not serious debate. Yet their shallowness is rewarded.

What has all this got to do with Musk? Well, there is a reasonable chance that the world’s richest man (net worth approaching $300bn) is about to become the sole owner of arguably the world’s second most influential platform for politics (Facebook still takes first place). If successful, Musk says he will take Twitter private. This would concentrate an extraordinary degree of influence in the hands of one very maverick plutocrat.

Musk once described Twitter with some truth as “a clown show crashing into a gold mine.” I don’t imagine his business plan would improve the site’s tone or calibre. Yet for all my misgivings about Musk I wouldn’t feel moved to fight for this platform with much conviction. If Twitter holds a mirror to elite opinion, it is a pretty ugly sight. Rana, you tweet less than me (my average is about one every seven hours), which is a sign of impeccable instincts. On the other hand, I know you’re no fan of Musk. Which way would you land?

Ed, I joined Twitter in January of 2012, which is around the time I started doing television regularly. The public relations team at the publication I worked for at the time told me that both were required to raise my media profile. Television has paid off, literally. I am compensated by CNN for minimal work as their global economic correspondent (I go on air roughly 3-4 times a week and share thoughts on the economy, markets and geopolitics). It’s also helped me sell books at various times.

Twitter, on the other hand, has done very little for me. It doesn’t compensate me — that’s the whole point of surveillance capitalism; our tweets are free raw inputs for Twitter — and the fact that I have 32.4K followers seems to have no bearing on my book sales. I’ve tweeted a total of 6,674 times (which works out to roughly 11 times a week). Almost all of these tweets are simply links to the original content I create: my columns and my contributions to Swamp Notes.

The rest are mostly retweets of nice things people have said about me or my work, or retweets of my public appearances. I guess you could say that’s either lazy or narcissistic, but frankly, it’s all I can bear, emotionally (for the reasons you cite — there’s just too much toxicity on the platform), or physically (I’m currently nursing tendinitis just from answering hundreds of emails every week).

I use Twitter basically as a news feed to make sure that people who care to get their content that way, get mine. As for how I get my own news, I read three papers cover to cover each day (FT, The Wall Street Journal and The New York Times, in print, in that order) as well as numerous journals, reports, and articles that smart sources I trust send me via email. I almost always print them out. I never read by scrolling, but prefer to take two or three serious reading periods a day and sit with the material in a comfortable spot, away from my desk (usually my big leather reading chair or the couch in my home office — which mercifully has a door that shuts). Doing so allows my mind more freedom to make connections and imprint what’s useful more deeply.

I don’t think I’ve ever actually come across anything unique or useful for my own reporting on Twitter, or any other platform (with the occasional exception of LinkedIn). I never troll Twitter for news and the only time I look at research on it is if someone emails it to me. About two to three times a year, when I notice that someone I don’t think much of in our field has many more followers, I flirt with trying to do more with Twitter. Then, I realise that one of the reasons I have the job that I do is that I’m creative, unique, and contrarian. Those things are all helped by being off Twitter. So, regardless of what Musk does, I’ll continue doing as little as I can on the platform (unless, of course, he decides to pay me for my tweets). Giving it away for free in journalism was never a good idea.

In response to ‘The avoidable war’:

“I tend to agree with Kevin Rudd and Rana Foroohar that ‘regionalisation is the future’ — but with some qualifications. For example, the recent (interim) trade deal between India and Australia cuts across the re-configuring of the world into three blocs: the ‘west’, neutrals and China/Russia (with assorted autocratic hangers-on). And India is already a member of the ‘Quad’, along with the US, Japan and Australia).
In the light of the Russian invasion of Ukraine, which seems to be driving that reconfiguration, the purpose behind President Biden’s ‘Summit for Democracy’ seems clear-sighted now.

One wonders whether there is an emerging need for a Nato+, consolidating within it the Quad, Aukus and whichever of the participants in the Summit for Democracy wished to join. It could even assume some of the functions of the UN, given that Russia’s and China’s permanent presence and voting record on the Security Council might be seen at least partly to discredit that body.

If such a body developed a trading arm — not illogically, given the role of trade sanctions in current ‘hybrid’ warfare — this would also cut across geographical regionalisation.” — Richard Lawes, Norwich, England

We’d love to hear from you. You can email the team on swampnotes@ft.com, contact Ed on edward.luce@ft.com and Rana on rana.foroohar@ft.com, and follow them on Twitter at @RanaForoohar and @EdwardGLuce. We may feature an excerpt of your response in the next newsletter

FirstFT Americas — Our pick of the best global news, comment and analysis from the FT and the rest of the web. Sign up here

Unhedged — Robert Armstrong dissects the most important market trends and discusses how Wall Street’s best minds respond to them. Sign up here