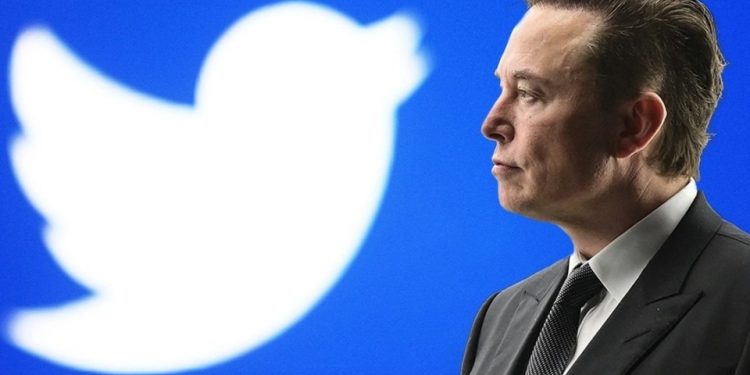 
Elon Musk has backflipped on his decision to join Twitter’s board, just days after suggesting drastic changes to the social media platform.

In a statement on Monday, Twitter chief executive Parag Agrawal said Mr Musk turned down an offer to join the board, despite becoming its largest single shareholder last week when he bought a 9 per cent stake.

Mr Agrawal said the billionaire declined a seat just before his appointment to the board was to become official on Saturday (US time), following a Twitter background check.

“I believe this is for the best,” Mr Agrawal tweeted on Monday, days after saying Mr Musk would “bring great value” to Twitter’s board of directors.

“The board and I had many discussions about Elon joining the board, and with Elon directly,” Mr Agrawal said in a statement.

“We were excited to collaborate and clear about the risks. We also believed that having Elon as a fiduciary of the company where he, like all board members, has to act in the best interests of the company and all our shareholders, was the best path forward.”

Mr Musk’s backflip comes after he posted a string of tweets outlining ideas for major changes to Twitter, including converting the company’s California-based headquarters into a homeless shelter and introducing an “authentication checkmark” for paid subscribers that is different to the blue tick used for public figures.

Mr Musk had said he intended to join the board to spearhead a new free speech agenda at the company, with aspirations to wrestle its financial incentives away from advertising and combat bot nets on the platform.

But his position was complicated last week when the Wall Street Journal reported he may have breached American securities law by incorrectly reporting his purchase of Twitter shares.

The WSJ reported Mr Musk took too long to disclose an initial 5 per cent stake in the firm, allowing him to buy another 4 per cent before the news of his investment had pushed up the share price.

In other words, he was able to buy that 4 per cent stake at an artificially low price.

Mr Musk also filed his substantial holder disclosure as a “passive investor”, despite later tweeting a number of suggestions for the social media giant.

It’s unclear what Mr Musk’s rejection of a board seat will mean for his 9 per cent stake or influence over Twitter in future, but Mr Agrawal has said the company will “remain open to his input”.

When Mr Musk created a Twitter poll last week asking followers whether the social media platform should create an edit button, Mr Agrawal said the outcome of the survey would be “important”.

In an apparent response to the revelation he was no longer joining Twitter’s board, Mr Musk tweeted a hand over face emoji on Monday afternoon (Australian time) with no further detail.

Some experts believe Mr Musk wants to champion a “hard line on free speech” at Twitter amid claims it has silenced many conservative views.

Queensland University of Technology Digital Media Research Centre’s Professor Jean Burgess said Mr Musk’s decision to decline a board seat shows his ambitions are “incompatible” with the requirement he support Twitter’s best interests as a member of its official leadership team.

“In his own tweets over the past few weeks, whether tongue in cheek or not, Musk has aggressively signalled his ambitions to disrupt Twitter as a company,” Professor Burgess said.

“That is, in a libertarian direction that continues to support unrestricted free speech and the real-time manipulation of financial markets.

“It seems it has now become clear to all parties that these ambitions are incompatible with the serious and fiduciary responsibility that a board member would have.”

Twitter’s stock price fell 3.75 per cent in the hours after Mr Agrawal’s announcement on Monday, reversing some of the near 30 per cent gain it experienced after news broke that Mr Musk had become the company’s largest single shareholder.