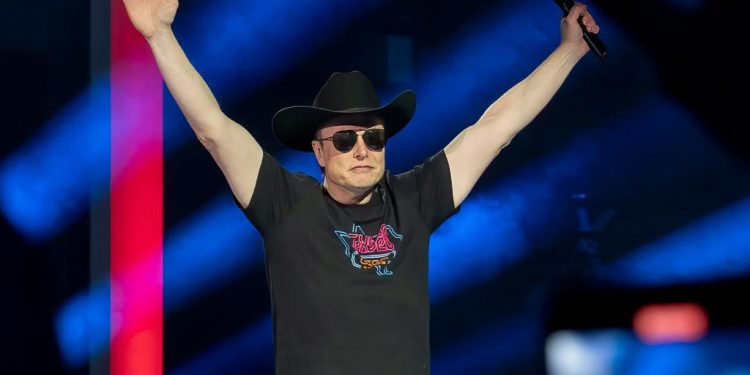 
Elon Musk’s bid to mount a hostile takeover of Twitter is helping his Q rating — or popularity — as the world’s richest man is generating more online interest than pop stars Rihanna and Britney Spears, according to a study.

Musk is the tech mogul who has drawn more internet buzz than any of his mutli-billionaire peers in Silicon Valley.

According to the online tracking company Taboola, Musk has had more mentions online than Amazon founder Jeff Bezos, Meta Platforms CEO Mark Zuckerberg and Apple CEO Tim Cook combined over the past 90 days.

During the course of the last three months, Musk has generated 23 million page views alone, the firm says.

In the past month-and-a-half, he has generated a 32% increase in readership — beating out Spears and Rihanna.

The two pop stars have recently made news by announcing their pregnancies, but that hasn’t stopped Musk from surpassing them in online clicks.

Rihanna also joined Musk on the Forbes list of billionaires for 2022 — thanks to her line of fashion and designer products.

“Despite his controversies…one thing Elon continues to show us about leadership is how to build personal brand awareness, especially as he continues to successfully dominate the news cycle,” according to the study by Taboola.

Musk has been embracing his celebrity status in recent years. Last year, he hosted Saturday Night Live — though the reviews were less than stellar.

The Tesla and SpaceX CEO has also generated tabloid headlines with his high-profile romances, including those with Canadian pop singer Grimes, actress Amber Heard, and fellow thespian Talulah Riley.

Musk knows his bid to buy Twitter won’t be easy. The company announced on Friday that it was deploying its “poison pill” strategy whereby it will offer its shareholders the chance to buy more stock at a discounted rate.

Should Your Dog Go Vegan?