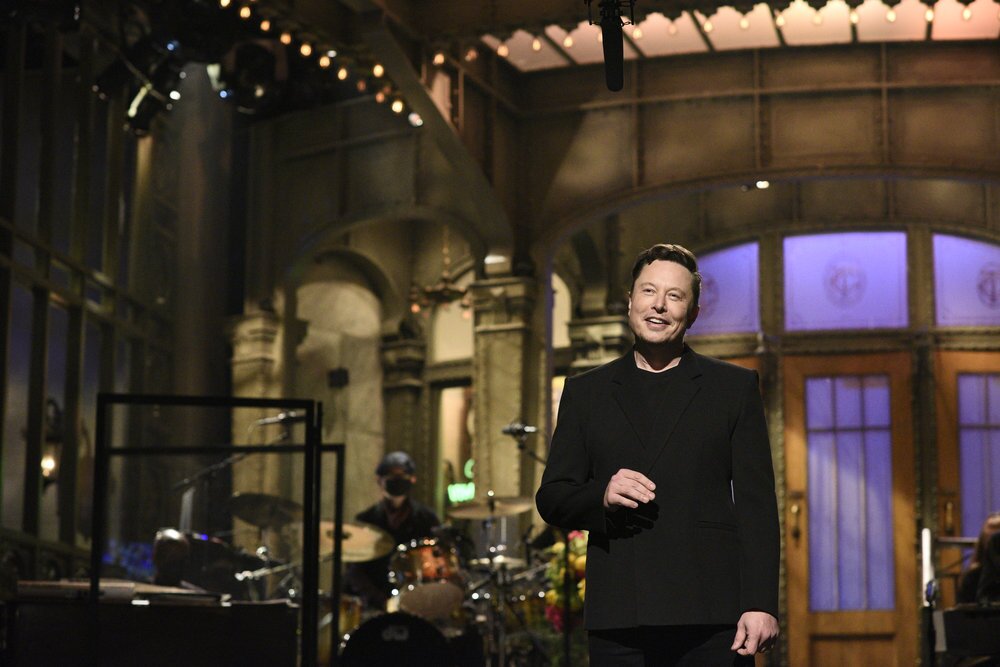 In advance of his “Saturday Night Live” hosting gig, SpaceX and Tesla CEO Elon Musk tweeted, “Throwing out some skit ideas for SNL. What should I do?”

The billionaire tech mogul’s tweet received more than 55,000 replies, many of which asked him to talk about dogecoin, a meme-inspired digital currency. Musk’s tweets earlier this year catapulted the coin, which started out as a joke on social media, to a veritable currency.

Musk ended up mentioning dogecoin twice on “Saturday Night Live”: during his opening monologue and again on “Weekend Update,” where he discussed it with co-hosts Colin Jost and Michael Che.

The self-proclaimed “Dogefather” called dogecoin “the future of currency” and “an unstoppable financial vehicle that’s going to take over the world.”

Given Musk’s power to influence the price of dogecoin, financial commentators have questioned whether it’s appropriate for him to comment on the currency.

“I think he’s having a lot of fun,” one crypto expert told Yahoo! Finance. “Anyone who wants to play the Elon Musk game should be prepared to lose all their money.”

Ready to head to the movie theater? Here's what to see this weekend

It Takes Two has sold over 2 million copies