Elon Musk has launched an audacious bid to buy Twitter for $43.4bn (£33bn), saying he wants to release its “extraordinary potential” to boost free speech and democracy across the world.

The Tesla chief executive and world’s richest person revealed in a regulatory filing on Thursday that he had launched a hostile takeover of Twitter. He further confirmed the move in a public appearance at the TED conference in Vancouver later that day.

“Having a public platform that is massively trusted and broadly inclusive is extremely important to the future of civilization,” Musk said during an interview with Chris Anderson, Ted conferences curator and a former editor of Wired.

The news of the attempted takeover came just days after Musk revealed he had bought a 9.2% stake in the social media company and was subsequently offered a seat on the board, but then declined to take up the position.

In a letter to Bret Taylor, Twitter’s chair, Musk said the site was not thriving as a company or a tool for improving freedom of speech, and “needs to be transformed as a private company”.

Musk, who has more than 80 million followers on Twitter, said if his offer was not accepted he would “reconsider my position as a shareholder” as he did not have “confidence in [Twitter’s current] management”.

“This is not a threat,” he added. “It’s simply not a good investment without the changes that need to be made.”

In the US Securities and Exchange Commission (SEC) filing on Thursday, Musk said he had offered to buy all Twitter’s shares for $54.20 each – a 54% premium to Twitter’s closing price on 28 January, the day before he started buying up his stake. However, after markets opened they rose only 1% in early trading.

“I invested in Twitter as I believe in its potential to be the platform for free speech around the globe, and I believe free speech is a societal imperative for a functioning democracy,” Musk wrote in the letter to Taylor.

“However, since making my investment I now realise the company will neither thrive nor serve this societal imperative in its current form. Twitter needs to be transformed as a private company.

“My offer is my best and final offer and if it is not accepted, I would need to reconsider my position as a shareholder. Twitter has extraordinary potential. I will unlock it.”

In a statement, Twitter confirmed it had received the “unsolicited” proposal and that the board would “carefully review” it to “determine the course of action that it believes is in the best interest of the company and all Twitter stockholders”.

Company employees, some of whom were panicked over Musk’s impact on its ability to moderate content, are expected to attend a Twitter all-hands meeting later on Thursday to discuss the news, Reuters reported.

The company’s CEO, Parag Agrawal, warned employees earlier this week that “there will be distractions ahead” and to “tune out the noise and stay focused on the work”.

Civil rights advocates have also raised the alarm at Musk’s move to buy Twitter, noting the executive’s past critiques of social media firms suggest he would favor a hands-off approach to content moderation.

“Users of social-media platforms shouldn’t have to be subject to the whims of bombastic billionaires who are detached from reality and lack any true commitment to free expression, racial justice and democracy,” said Jessica J González, the co-chief executive of the non-profit social justice organization Free Press.

The Saudi Arabian investor Prince Alwaleed bin Talal, one of the largest shareholders in Twitter, tweeted that he rejected Musk’s takeover bid. “I don’t believe that the proposed offer by Elon Musk ($54.20) comes close to the intrinsic value of Twitter given its growth prospects,” he wrote.

Musk later responded to the statement on Twittercalling it “interesting” and asking for “the Kingdom’s views on journalistic freedom of speech”.

With an estimated $274bn fortune, Musk, who is also the chief executive of the electric carmaker Tesla and aerospace firm SpaceX, is one of very few people with enough ready money to be able to fund a private purchase of Twitter. He has hired the investment bank Morgan Stanley to advise him on the takeover offer.

The $54.20 offer price includes the number 420, in what appears to be a reference to the number used as code for cannabis. When Musk offered to take his electric carmaker Tesla private in 2018 he offered to buy the shares he did not already own for $420 a share, saying he had “funding secured” for the deal.

In 2018 Musk sparked concern by smoking marijuana on a live web show while he was under investigation by the SEC for a tweet saying he planned to take Tesla private.

The SEC found against him over the tweet and Musk agreed to submit his public statements about the company’s finances to vetting by its legal counsel. He was later found to have violated this settlement and eventually agreed to step down as Tesla’s chair, appoint additional independent directors and agreed to pay $40m in penalties.

Dan Lane, an analyst at Freetrade, said the SEC may not take kindly to Musk’s attempt to buy Twitter. “Sowing the seeds of championing ‘free speech’ is one thing. But let’s not forget, Elon’s view of simply voicing opinion has been seen as reckless by regulators in the past,” he said.

“The headlines might inject a bit of life into Twitter’s share price but it could mean SEC scrutiny bleeds over from Musk’s mere use of the platform to the platform itself. That’s not something the firm will want hanging over it.”

Musk is facing a separate lawsuit over his purchase of Twitter shares, from an investor who says the executive’s failure to disclose his stake in Twitter artificially deflated share prices, causing investors to lose out on millions of dollars. 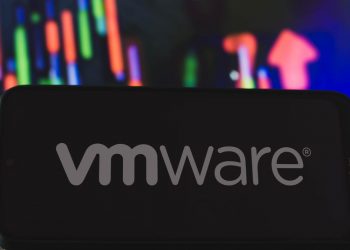