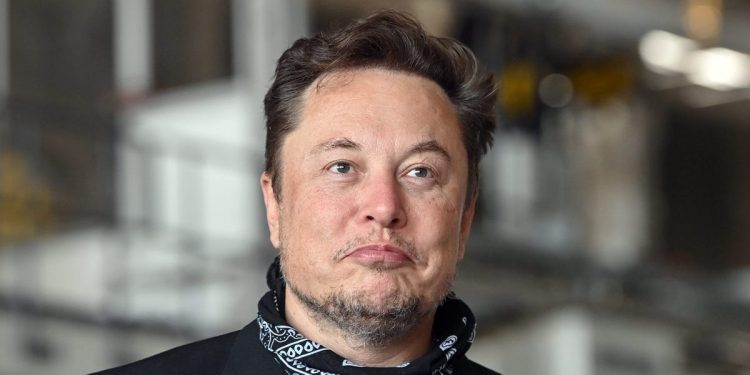 
The world’s richest man said that he doesn’t own a home and crashes on friends’ couches.

“If I travel to the Bay Area, which is where most of Tesla’s engineering is, I basically rotate through friends’ spare bedrooms,” Musk added.

Musk, who has an estimated net worth of $251 billion according to Bloomberg, was responding to Anderson’s comment that many are offended by the concept of billionaires, given global disparities in wealth. US lawmakers, such as Sen. Elizabeth Warren, have also criticized mega-billionaires like Musk for their comparatively low tax bills.

“For sure, it would be very problematic if I was spending billions of dollars a year in personal consumption, but that is not the case,” Musk told Anderson, adding that he doesn’t own a yacht or really take vacations, though he famously does have a personal jet.

“It’s not as though my personal consumption is high. I mean, the one exception is the plane, but if I don’t use the plane then I have less hours to work,” he said, acknowledging that his net wealth was nonetheless “bonkers.”

Musk’s comments look like his first confirmation that he doesn’t have a permanent home, despite being the world’s richest person.

The billionaire’s friends have commented over the years on his thrifty habits.

In May 2020, he tweeted his intention to sell all his possessions and that he would “own no house.” In August 2021, Insider reported that Musk was thought to be living in a $50,000 prefab tiny home, which he rents from SpaceX.

In a recent interview with Vanity Fair, Musk’s on-again, off-again partner Grimes said he sometimes lived “below the poverty line.” He refused to buy a new mattress after her side had a hole in it, she said.

And in 2015, Google’s cofounder and then-CEO Larry Page said that sometimes when Musk visited Silicon Valley, he would e-mail Page and say: “I don’t know where to stay tonight. Can I come over?”

Musk’s pre-recorded interview comes after he spoke with Anderson live at a TED conference on April 15, and addressed the ongoing saga that is his attempted buyout of Twitter.

Musk said that he had a backup plan in the event that Twitter rejects his $43 billion bid, but declined to share any details.

During the live event, Musk said that it’s possible he may not be able to acquire the company, but said he could “technically” afford it.

“I have sufficient assets,” he said, without giving further details. Most of Musk’s personal fortune is tied up in his stake in Tesla.

Musk is in for a fight. On Friday, Twitter said it would adopt a “poison pill” defense. Insider’s Gabrielle Bienasz reported that this “essentially devalues each share in a company by increasing the total number of shares — making it harder for any person or group to acquire all of a company’s stock.”

In the pre-recorded interview, Anderson asked how upset Musk was with comments about him and other billionaires as being too wealthy.