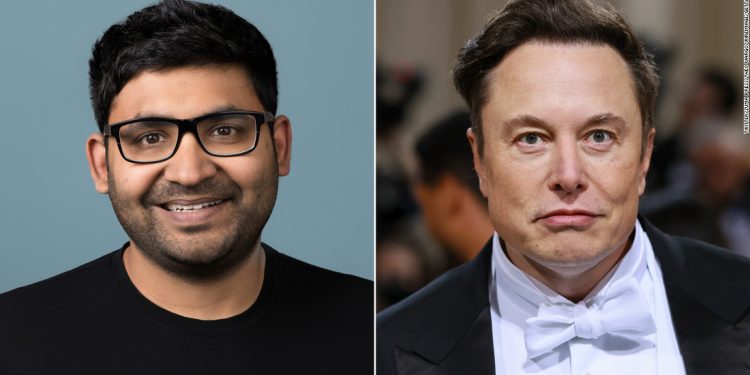 Elon Musk escalated a public feud with Twitter’s CEO early Tuesday, saying his acquisition of the social media company “cannot move forward” until he sees more information about the prevalence of spam accounts.

Without citing a source, Musk claimed in a tweet that Twitter is “20% fake/spam accounts” and suggested Twitter’s filings with the Securities and Exchange Commission were misleading. The company has said that less than 5% of its daily active users are spam accounts.

“My offer was based on Twitter’s SEC filings being accurate,” Musk tweeted. “Yesterday, Twitter’s CEO publicly refused to show proof of

The latest tweet from Musk appeared to cast more doubt on the $44 billion deal. Musk on Friday declared it was “temporarily on hold” but that he’s “still committed to acquisition.” That pivot from Musk fueled speculation that the world’s richest man may be using the debate over bots to secure a better price for Twitter, either as a negotiating tactic or out of necessity.

Twitter’s shares were down 1.7% in premarket trading Tuesday. The stock has erased all its gains in the weeks since Musk disclosed his stake the company and is now trading at $36.80 per share — well below Musk’s offer price of $54.20 per share.

“Twitter is committed to completing the transaction on the agreed price and terms as promptly as practicable,” the company said in a statement Tuesday.

On Monday, Musk exchanged a series of tweets with Twitter CEO Parag Agrawal about the spam account issue.

(TWTR) suspends “over half a million spam accounts every day,” Agrawal wrote. He also reiterated the 5% statistic, saying that estimate is based on “multiple human reviews … of thousands of accounts” sampled at random. Twitter

(TWTR) has previously acknowledged that while it believes its estimates to be “reasonable,” the measurements were not independently verified and the actual number of fake or spam accounts could be higher.

Agrawal’s initial 13 tweets were met with a reply from Musk that was reflective of the unusual and extremely online nature of the deal: a poop emoji.

Musk followed up with a somewhat more thoughtful question. “So how do advertisers know what they’re getting for their money?” Musk asked “This is fundamental to the financial health of Twitter,” he added.

Musk has repeatedly spoken out against bots and spam accounts on Twitter, once describing cryptocurrency spam bots as the platform’s “single most annoying problem.” Anyone familiar with the replies to Musk’s tweets knows they are full of such scams, many of which attempt to leverage Musk’s name.

“The bot issue at the end of the day … feels more to us like the “dog ate the homework” excuse to bail on the Twitter deal or talk down a lower price,” Dan Ives and John Katsingris, analysts at Wedbush Securities, wrote in a note on Monday.

In his Twitter thread, Agrawal said most spam campaigns on Twitter use a combination of humans and automation, rather than being primarily led by bots. Parsing through legitimate and fake accounts can be complicated, he said.

Agrawal said Twitter had been in touch with Musk on the spam issue.

“We shared an overview of the estimation process with Elon a week ago and look forward to continuing the conversation with him, and all of you,” he added.

The stakes here are now massive: Turkey is threatening to block NATO membership for Sweden and Finland – CNBC

The stakes here are now massive: Turkey is threatening to block NATO membership for Sweden and Finland - CNBC