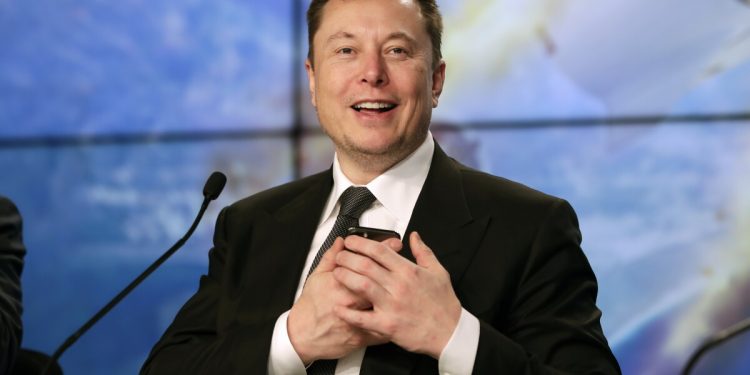 
Elon Musk was sued by a Twitter Inc. shareholder who claims the Tesla Inc. chief executive’s delay in disclosing his ownership of more than 5% of the social media company artificially kept its share price down.

Marc Bain Rasella sued Musk, accusing him of securities fraud, in federal court Tuesday in Manhattan, claiming Musk was required to disclose his holdings to the Securities and Exchange Commission by March 24. Musk’s delay in filing the disclosure enabled him to buy more shares at a lower price and cheated the sellers of Twitter sales of increased profits, Rasella claims.

Musk didn’t immediately respond to a request for comment.

Rasella is seeking to represent a class of investors who sold Twitter shares from March 24 to April 1.

Following Musk’s purchase of a 9.2% stake, making him the company’s largest individual shareholder, Twitter invited him to join its board of directors under an agreement limiting him from increasing his stake to more than 15%.

Musk initially accepted, but Twitter Chief Executive Parag Agrawal said Sunday that Musk had told him he would not be joining the board after all. Agrawal’s announcement came after a weekend in which Musk posted a series of tweets seemingly meant to denigrate or embarrass the company and its employees. In one, he asked, “Is Twitter dying?” noting that a number of its most-followed accounts no longer tweet frequently.

Musk later deleted the tweets. It’s unclear whether he intends to increase his Twitter stake or use it as leverage to pressure the company into changing its product or strategy. Musk has been critical of the company’s content moderation policies, saying its treatment of users’ speech “undermines democracy.”