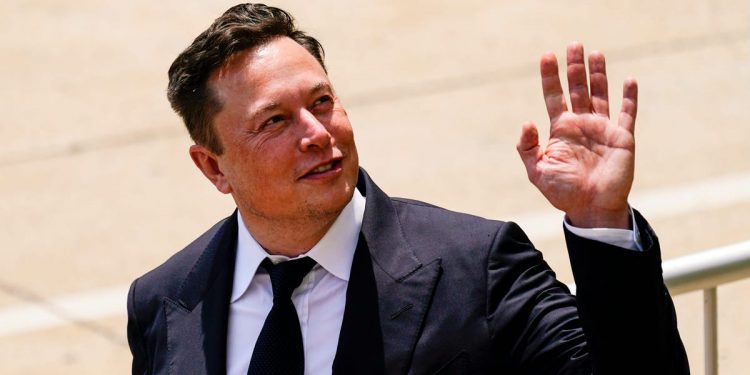 Elon Musk has taken flak for his $43 billion bid to buy Twitter, but his visionary business mind could streamline the implementation of new products and ideas for the social platform, according to a Wall Street analyst.

That could boost Twitter stock, which risen roughly 19% since its 2013 IPO — far below the S&P 500’s 260% growth in the same period. Meanwhile, Musk’s empire — Tesla, SpaceX, the Boring Company, and Neuralink — has a track record for reaching huge valuations and building cutting-edge technologies.

For example, Tesla has gained over 21,000% over the last decade and surpassed $1 trillion in market capitalization despite being the most shorted stock of all time.

“Twitter has extraordinary potential. I will unlock it,” Musk said in a letter to Twitter chairman Bret Taylor.

Musk has about 83 million followers on Twitter, and given his huge success leading other companies, more users would likely flock to the platform in the event of a takeover, Mogharabi explained.

His popularity alone could have a significant impact in attracting and retaining people, even if he made no changes. But as Musk has talked fervently about easing content restrictions, existing users could become more engaged.

“Engagement should increase and then the increase in engagement will bring in even more users, and they’ll spend more time on the platform,” Mogharabi told Insider.

Musk has transformed Tesla and SpaceX from upstarts to leaders in the auto and space industries, respectively. SpaceX is now the second-most valuable private company with a $100 billion valuation. And his tunnel-making venture Boring Company just completed a $675 million funding round that values it at $5.675 billion.

He could bring that same visionary leadership to Twitter, Mogharabi said.

“Look at what he’s done with other companies, he can really bring some innovative ideas to the platform,” Mogharabi said. “New features, ways to change it — and he could do it all with efficiency, which Twitter has lacked in the past.”

He added that Musk has a knack for surrounding himself with bright minds from across industries, providing new perspectives. In addition, Musk would make sure new ideas are tested and implemented quickly and effectively, as he’s done at his other companies, Mogharabi said.

If Musk eases Twitter’s content restrictions, it’s possible some advertisers may not stick around. But even if some leave, Musk would be able to attract new advertisers by increasing the impact of ads.

For example, Musk could demand more efficient use of first-party data that Twitter compiles, Mogharabi noted. “That would increase the effectiveness of ads, which could then attract more advertisers, which would then drive top-line growth.”

Twitter rolled out its Twitter Blue service last June, giving subscribers access to an undo button, customizable icons, and more. Musk has talked about lowering the subscription price from $3 to $2, and Mogharabi said that could bring in new users while boosting access to fresh features.

Musk also has said Twitter Blue users would get a blue checkmark, another incentive that could drive subscriptions.

Leaning into the subscription model could even elevate the level of discourse, Mogharabi added, since users would be motivated to engage in higher-level conversations if they pay.

“Getting users to subscribe to Twitter could be positive for the company, and it could bring even higher engagement levels for people who are willing to pay to use the platform,” he said.