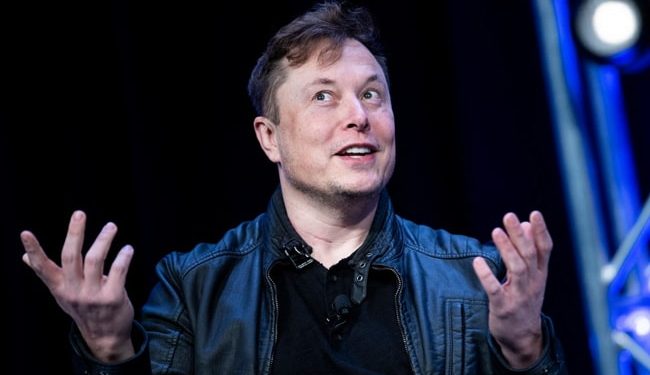 For all the furor about which way Elon Musk might tilt US political discourse after getting the keys to Twitter Inc, his biggest challenges may emerge across the Pacific.

Asia, home to more than half the world’s population, is Twitter’s biggest growth opportunity and arguably a far thornier challenge. If the Tesla Inc. and SpaceX billionaire makes good on promises to scrap censorship, he’ll encounter a plethora of perplexing regulations, wielded by sometimes authoritarian governments, pushed to the limits by a horde of first-time internet users.

The numbers alone suggest Musk’s biggest headaches lie abroad. Twitter’s monetizable daily active users numbered 179 million internationally — dwarfing the 38 million in the US in 2021, according to its latest annual report.

As a public company, Twitter has repeatedly emphasized it must abide by local regulations. Once it’s a private concern controlled by the world’s richest man, Musk will personally shoulder responsibility for navigating that thicket — and the fallout if he fails.

“Asia has the potential to make or break the new Twitter,” said JJ Rose, a contributor to Australia’s nonpartisan Lowy Institute think tank. “It will depend on how he approaches it, if he can harness it for his free speech aims.”

Twitter is officially banned in China, but the country will still demand a lot of Musk’s attention. Amazon.com Inc. founder Jeff Bezos alluded to the potential conflicts in a tweet shortly after Musk’s deal, asking “Did the Chinese government just gain a bit of leverage over the town square?”

An obvious point is that China is tremendously important for Tesla, the key source of Musk’s wealth. The billionaire will certainly face pressures — implicit or explicit — to fine-tune Twitter’s policies to please Beijing.

As the world’s biggest electric-vehicle market as well as a supplier of Tesla batteries, China is essential to the healthy growth of the centerpiece of Musk’s business empire. Tesla has also benefited from significant tax breaks in setting up his Shanghai Gigafactory — its first overseas plant — and been allowed to wholly own its local operations, a rarity for a US firm.

A pressing issue is how Twitter handles China’s efforts to spread propaganda globally on the platform. The company in 2020 instituted labels for government officials and “state-affiliated media” for publications like Xinhua and Global Times, and readers are reminded of this government-backing any time they like or retweet stories. Chinese media have called the practice “intimidation” and already begun to lobby the billionaire to roll it back.

“One of the fiercest tests of Musk’s avowed commitment to expanding free speech on Twitter will lie in whether he withstands pressure from Beijing to whitewash criticisms and challenges of China on the platform,” said Suzanne Nossel, CEO of non-profit advocacy group PEN America. “Whatever incremental changes he makes on the platform in the name of free speech risk being subsumed beneath the weight of a heavy Chinese hand controlling what Musk has rightly dubbed a global public square.”

Elon Musk should remove my label. Also, when people want to like or RT my tweets, they are now reminded by Twitter that “this is state affiliated media”. This is totally discriminatory and suppression of free speech. Twitter must change such policy.

Chen Weihua, a journalist at the China Daily, appealed directly to Musk with the argument that such labels suppress free speech and contradict Musk’s stated principles. The billionaire hasn’t given a clear indication of how he would decide such matters.

“By ‘free speech’, I simply mean that which matches the law,” Musk wrote on Twitter. “I am against censorship that goes far beyond the law.”

Bots are another matter. China has also used automated and anonymous accounts to distribute the government’s messages, which prompted Twitter to remove more than 170,000 accounts in 2020 for “spreading geopolitical narratives favorable to the Communist Party.” Musk has pledged to “defeat the spam bots or die trying!” and sounds determined to keep taking on the fake accounts.

If our twitter bid succeeds, we will defeat the spam bots or die trying!

There are incentives on offer beyond the electric-vehicle market. Musk’s SpaceX could certainly seek Chinese customers, while his Boring Co. may profit from lucrative infrastructure contracts in the country.

And what of Twitter itself? A slice of the Chinese population employs virtual private networks to evade Beijing’s control and use the service. Could Beijing also offer up access to its 1.4 billion people? Perhaps under the right terms. They would certainly not include free speech.

India is another high-stakes market for Twitter: there are half a billion internet users in the country and another half-billion getting online.

Twitter plays a role in India’s online discourse similar to that in the US: the country’s political leaders use it to get their messages out, which are then relayed across TV and news networks. Prime Minister Narendra Modi was an early adopter and has 78 million followers on the service — more than Twitter has registered users in the country.

But the New Delhi government has insisted on far more control than Washington has ever been able to exert. Tensions in the relationship spiked during farmer protests in the country in 2020 and 2021 as Twitter and the government clashed over what sort of speech would be tolerated on the platform.

When farmers’ groups demanded the repeal of certain laws they said favored corporate-run farms, they took to the streets and social media to make their case, including Twitter.

PM Modi’s administration insisted the San Francisco-based company take down posts critical of its actions — and Twitter at first refused to comply. Indian authorities then threatened to jail the company’s executives, which prompted Twitter to permanently suspend more than 500 accounts and block access to hundreds more.

It was a direct example of how support for “free speech” can clash with government edicts and legal compliance. Later in 2021, New Delhi tightened its grip over social media such as Twitter and Facebook: The government insisted that companies identify specific individuals as grievance officers, who will be responsible for handling official removal requests and who could face prison terms for non-compliance. Twitter acceded, albeit after a delay.

It’s not clear how Musk would reconcile his support for more free speech with such strict government controls.

“Twitter should match the laws of the country,” the owner-to-be said in an interview.

The issue is hardly limited to India. Nearby Sri Lanka restricted social media access in anticipation of protests in April, while Myanmar’s military junta last year disrupted internet access altogether in its push to quell opposition. Researchers found Twitter was the most-blocked social media platform globally with a total 12,379 hours of outages in 2021.

By “free speech”, I simply mean that which matches the law.

I am against censorship that goes far beyond the law.

If people want less free speech, they will ask government to pass laws to that effect.

Therefore, going beyond the law is contrary to the will of the people.

Southeast Asia has become one of the fastest-growing internet markets, fueled by countries like Indonesia and India getting their vast populations online.

But developing markets come with their own set of issues. Meta Platforms Inc. names the Philippines, Vietnam and Indonesia as prominent sources of fake and duplicate accounts. Meta, whose Facebook and Instagram services face similar challenges to Twitter’s, has for years reported in its annual filings that roughly 11% of its worldwide users are duplicate accounts and another 5% are fake. As with China, Twitter will have its work cut out to eradicate synthetic users.

Freedom of expression also bumps up against local laws in this region. Singapore passed a contentious “foreign interference” law last year granting it powers to demand user information from social networks, in an effort to prevent outsiders from swaying domestic politics. Would that square with Musk’s ambition of free-wheeling expression?

Vietnam has posed similar challenges for online service providers like Facebook and Alphabet Inc’s Google, with a cybersecurity law effectively forcing a choice between upholding user privacy and adhering to local rules.

The question to be answered over the coming years is how far Musk will stick with his promises of freeing up Twitter — not just in the US, but in the rest of the world.

“Asia is not North America and it is not Europe,” said the Lowy Institute’s Rose. “Musk has a globalist view and his business interests to date have tended to be fairly universal. But something like media requires a more nuanced approach when applied globally.”

(Except for the headline, this story has not been edited by NDTV staff and is published from a syndicated feed.)