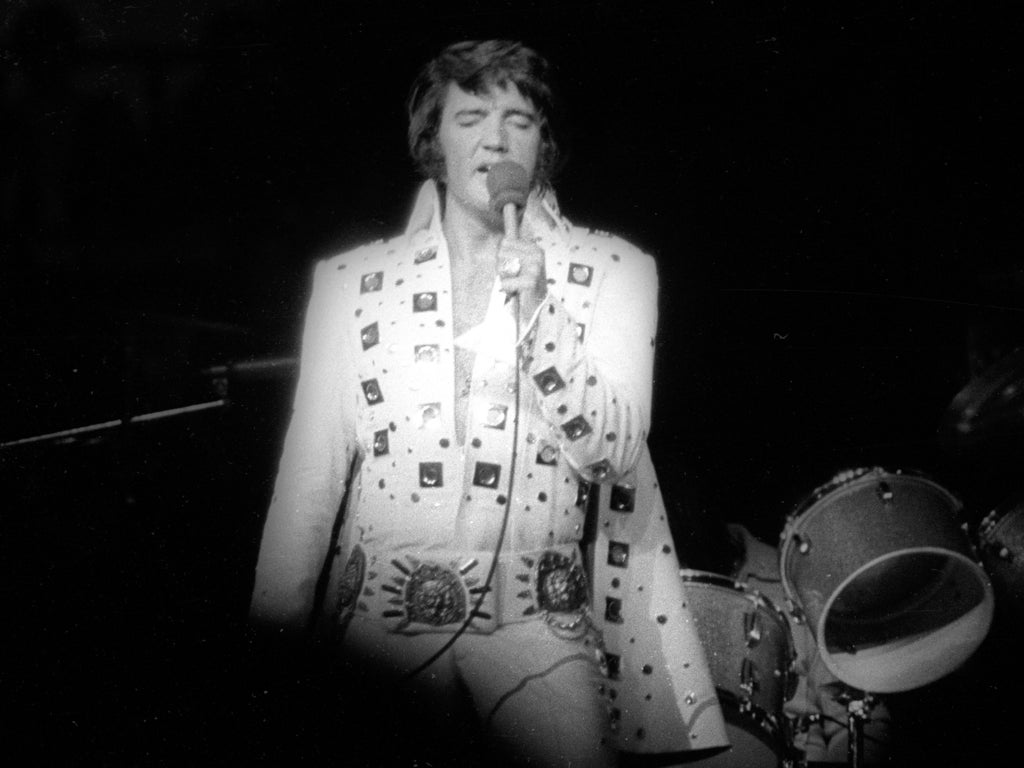 The legendary musician wore the white eyelet jumpsuit with gold and red embellishments in 1972 for a series of performances at Madison Square Garden in New York City.

Sold by Kruse GWS Auctions, the outfit, designed by Bill Belew, is one of the most memorable worn by Presley, particularly given that all of his four shows at Madison Square Garden were sold out.

There are several other Presley-themed items on offer in the Hollywood-themed auction, including a copy of the Bible that was once gifted to him by a fan and a collection of his hair that was saved by his barber.

Additionally, people can bid for the opportunity to have a private lunch with Priscilla Presley, who was married to the musician from 1967 to 1973.

The couple had one daughter together: Lisa Marie Presley, who has four children, including the actor Riley Keough.

“I thought, ‘Why not be a part of it?’” Priscilla told PEOPLE of her inclusion in the auction.

“I used to have a different opinion about these estate sales, but then as I got older I realised that you have to pass these things down to someone who’ll really appreciate them.”

Kruse GWS’s founder Brigitte Kruse, who will also be at the luncheon, said of Priscilla: “She’s just such a wealth of experience and knowledge.

“You don’t study and learn about Elvis without learning about Priscilla as well. Their names are synonymous.”

A portion of the auction proceeds will go to the Dream Foundation — which supports terminally ill adults and their families – as a way of paying tribute to Priscilla’s mother, Ann, who died last month at the age of 95.

Annoyed When Watching Others Fidget? You’re Not Alone

Annoyed When Watching Others Fidget? You're Not Alone