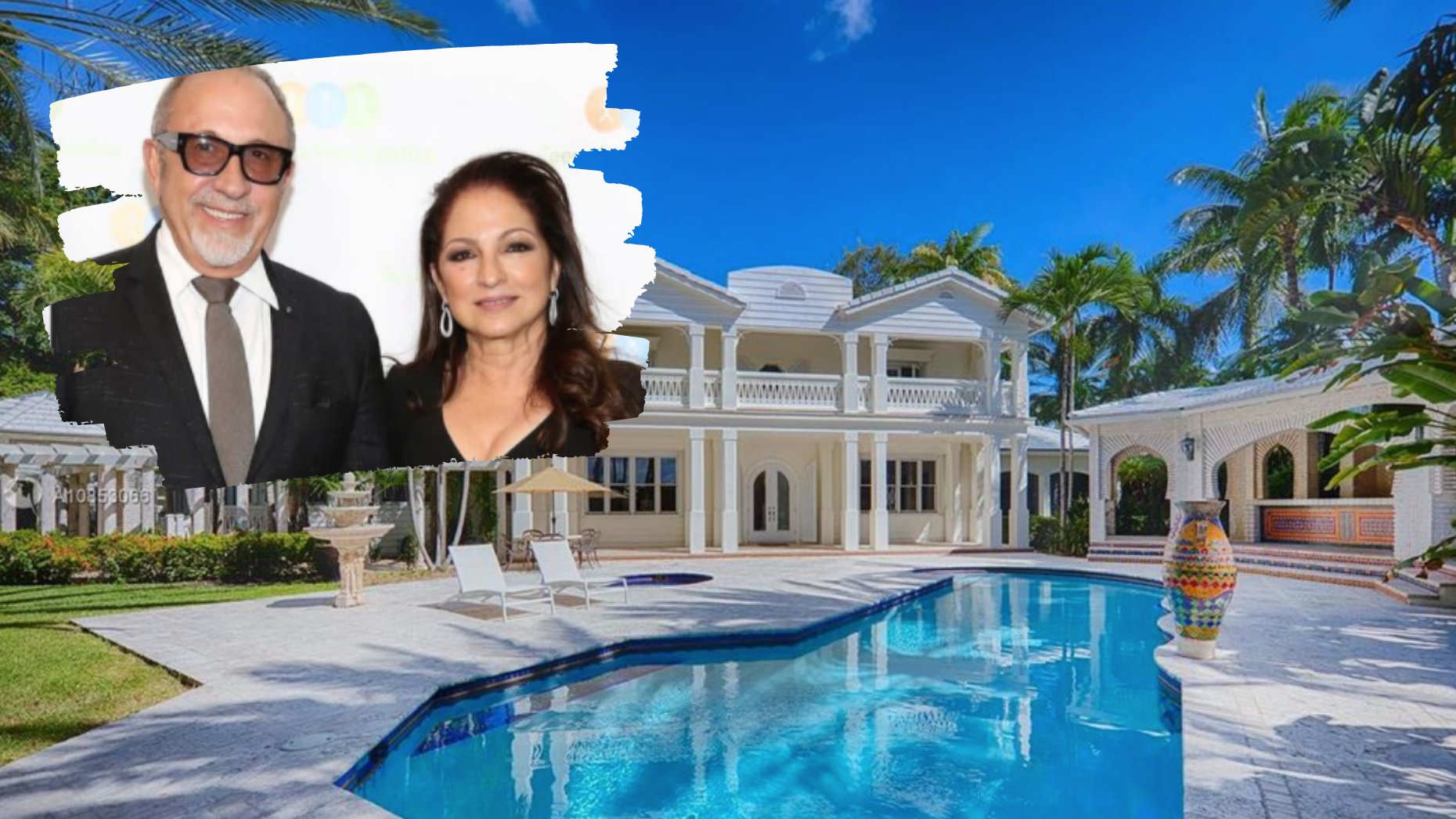 Located in the gated Miami community of Star Island, the 58,000-square-foot estate sits on over an acre of land overlooking Biscayne Bay. Built in the style of a Floridian villa with white wood and large verandas, the property comes with three bedrooms, six and a half bathrooms, indoor and outdoor kitchens, a lap pool and a boat deck. The property also has a two-bedroom guest house and a landscaped garden, as well as views of the MacArthur Causeway and Miami from almost every space.

Jill Hertzberg and Jill Eber of Coldwell Banker’s Jills Zeder Group represented the property while Compass’ Todd Nordstrom worked with the anonymous buyer. The deal closed in late July and is indicative of Florida’s fast-growing real estate market as more people chose to move there to be in a warm climate during the pandemic. In Miami, home prices grew by 46 percent between summer 2020 and now.

After fleeing Cuba as a teenager in the 1970s, Emilio Estefan met Gloria at a church rehearsal. Over the next four decades, they rose to fame alongside each other as they joined forces with the Miami Latin Boys to lead what would become the explosion of Latin music in the U.S. during the 1980s and 1990s. While Gloria’s early success performing songs like “Conga” and “Anything For You” led to worldwide accolades, Emilio continued on as a producer and songwriter, helping launch the careers of stars like Ricky Martin, Jennifer Lopez, Marc Anthony and Shakira.

With their main residence in another part of Miami, the Estefans bought this property in 1993 for $1.84 million as a second home. The Miami Herald reports that they first listed it in 2015 for $40 million and then again in 2019 for $35 million.

Summer holidays 2021: six beaches near to Leeds and West Yorkshire

Knock Now In 65 Markets After Expansion Into Portland, Oregon

How to Start a Sober Living Home: Tips for Investors

Any downside to selling directly to MIL [TN] : RealEstate

Personal growth plan — are you where you want to be?

Feedback of the professional community is needed : RealEstate

Summer holidays 2021: six beaches near to Leeds and West Yorkshire