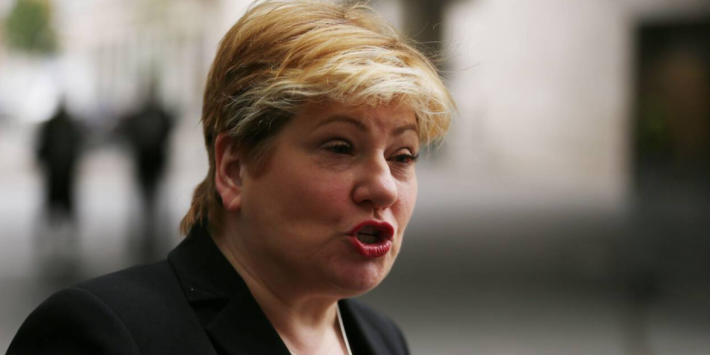 Exclusive: Emily Thornberry, the shadow attorney general, has challenged her opposite number Suella Braverman to set out the legal advice she has given to Boris Johnson on partygate.

In this week’s episode of PoliticsHome’s podcast The Rundownout tomorrow, Labour’s Thornberry told PoliticsHome that she believes the attorney general looks like she has been involved in a “cover up”.

She questioned the role Braverman may have played in the Prime Minister’s decision in early December to tell parliament that all Covid regulations were followed in Downing Street during lockdown.

Johnson is facing fresh allegations this week of having misled parliament with the December 2021 claim, after the Met Police issued 20 Fixed Penalty Notices to government officials involved in lockdown-breaching parties in Whitehall and Downing Street.

Thornberry, the Labour MP for Islington South and Finsbury, said that Braverman had visited Johnson in Downing Street ahead of the statement to the Commons on Monday, 8th December, and that she should disclose any specific advice she gave to the prime minister before he spoke.

In the address ahead of Prime Minister’s Questions, Johnson told MPs that he had been “repeatedly assured” that no Covid rules were broken in Downing Street while there were national restrictions on social mixing. A week earlier, he told the House of Commons “all guidance was followed completely” in Number 10.

“That morning while he [the PM] was preparing for PMQs, the attorney general went into Downing Street to give him advice before he went to parliament,” Thornberry explained.

“She should tell us”.

Thornberry alluded that to not publish any legal advice Johnson received surrounding lockdown-breaching party allegations, would amount to a cover-up.

“When there are cover ups – whether it’s Watergate, or some would say Iraq – the attorney general as the lawyer is always in the middle of this,” she said.

“The lawyer on this occasion you can’t see for dust.”

Thornberry told PoliticsHome that Braverman, as the attorney general is “the only person” who can tell the Prime Minister “how it is” when it comes to the law, and that she has “a duty” to do so.

“You have all these other people fighting about what the law is and it’s her job to tell us,” she added.

This week Downing Street has repeatedly refused to say whether the Met announcement proved that Covid laws were broken, despite Justice Secretary Dominic Raab and Trade Secretary Trade Secretary Anne-Marie Trevelyan in interviews admitting that receiving an FPN would equate to having broken the law.

Thornberry felt the spectacle of Number 10 appearing to contradict Cabinet ministers over Covid law breaches showed Braverman was failing to do her job.

“What’s interesting in this, is you’re getting different ministers saying one thing and Number 10 saying something else, but where is the lawyer in this?” she said.

Amazon workers in Staten Island pull ahead in union vote