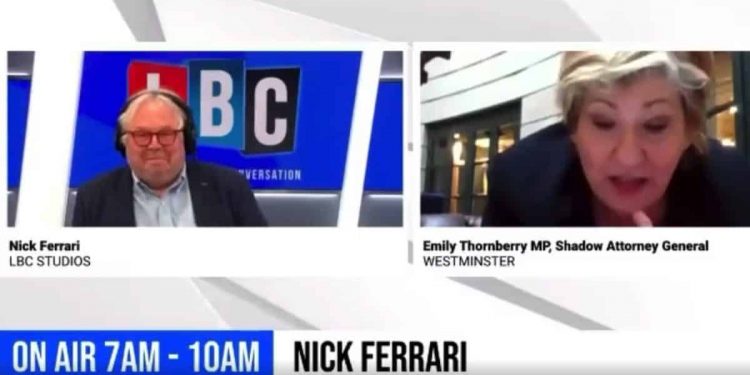 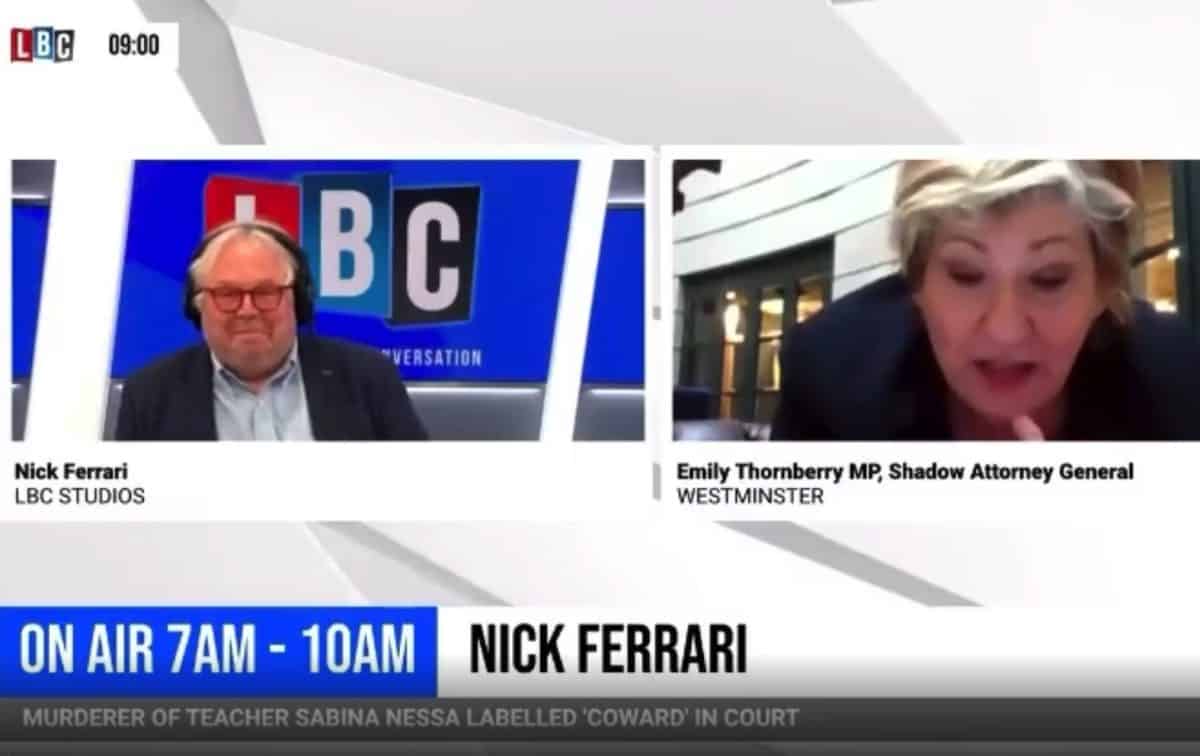 Emily Thornberry had Nick Ferrari in stitches today as the Labour MP waded in on the trans debate.

Earlier this week prime minister Boris Johnson provoked a furore after he argued that “biological males” should not compete in women’s sports.

The PM said it seems to him to be “sensible” that biological males should not be able to participate in women’s sporting events.

And, in what appeared to be a nod to controversial guidance issued by the equalities watchdog earlier this week, he said that women should have spaces in hospitals, prisons and changing rooms which are “dedicated to women”.

But Thornberry hit out at the PM for using trans people as a “political football”.

“Yes, some of them will have penises. I’m not looking up their skirts, I don’t care. What I care about is making sure they’re looked after properly.”

Watch her comments below: