Emmert to step down as NCAA president by 23 – ESPN 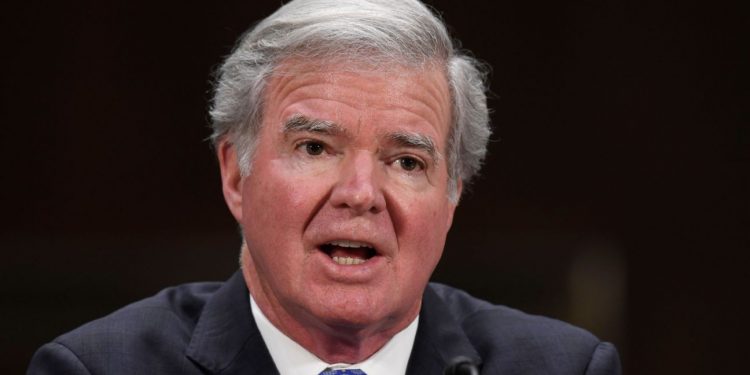 NCAA president Mark Emmert will be stepping down once his replacement is selected and in place or on June 30, 2023, the organization announced on Tuesday.

An NCAA release said Emmert and the NCAA board of governors reached a mutual agreement to have him step aside.

“Throughout my tenure I’ve emphasized the need to focus on the experience and priorities of student-athletes,” Emmert said in a statement. “I am extremely proud of the work of the Association over the last 12 years and especially pleased with the hard work and dedication of the national office staff here in Indianapolis.”

Emmert’s decision comes at a time when major college sports are being transformed by name, image and likeness rights and the transfer portal, which allows athletes to change schools one time without penalty.

“With the significant transitions underway within college sports, the timing of this decision provides the Association with consistent leadership during the coming months plus the opportunity to consider what will be the future role of the president,” NCAA board of governors chair John J. DeGioia, the president of Georgetown, said in a statement. “It also allows for the selection and recruitment of the next president without disruption.”

In April 2021, the NCAA announced that Emmert had received a contract extension through 2025, about a month after DeGioia gave him a vote of confidence in the wake of heavy public criticism toward the NCAA about inequities during the men’s and women’s Division I basketball tournaments.

In January, NCAA member schools adopted a new constitution, and are now in the process of transforming the structure and mission to meet future needs. Emmert’s decision isn’t unexpected, as the reboot of college athletics is expected to significantly reduce the NCAA’s responsibility in management and enforcement of rules.

Each of the NCAA’s three divisions are currently working on revising or creating their own rules to align with the fundamental principles laid out in the new constitution.

The new constitution, which was prompted by significant legal and political defeats for the NCAA last summer, is designed to simplify what many college sports leaders have called a complex and outdated rulebook. It shrinks the board of governors — the association’s decision-making entity — from 20 members down to nine and tries to ensure that current and former athletes have a larger voice in shaping the future NCAA.

The administrators and committee members who crafted the new constitution hoped to reaffirm the NCAA’s focus on the “primacy of the academic experience” after a summer in which politicians and Supreme Court justices questioned the NCAA’s claims that it is unique and distinct from professional sports.

“Are we spending our resources in a way that emphasizes our core values and helping as many students as we can?” Emmert said during an address in January. “That’s what’s driving frustration and anger both inside and outside college sports, and that’s what puts the whole enterprise at serious risk.”

The new constitution states plainly that college athletes should not be paid directly by their schools for athletic participation, but leaves it up to each division to decide what education-related benefits athletes can receive from their schools and how athletes can make money from other sources by selling the rights to their own names, images and likenesses.

Emmert, 69, was named the NCAA’s fifth president on April 27, 2010. He previously had been the president at the University of Washington and the chancellor at Louisiana State University.

The Elusive Unruh Effect: Physicists Embark on a Hunt for a Long-Sought Quantum Glow – SciTechDaily

The Elusive Unruh Effect: Physicists Embark on a Hunt for a Long-Sought Quantum Glow - SciTechDaily