Endeavor Group has filed for an initial public offering, braving the impact of a coronavirus pandemic that has wiped nearly one-quarter off the media group’s revenues since its last attempt to go public was aborted in 2019.

Elon Musk, the Tesla chief executive whose fractious relationship with Wall Street has sometimes brought him into conflict with US securities regulators, is to join the entertainment group’s board.

Founded in 1995 by Hollywood impresario Ari Emanuel, Endeavor recorded revenue of $3.5bn last year from businesses ranging from the Miss Universe beauty pageant to Hollywood’s biggest talent agency. That marked a decline of nearly 24 per cent on the previous year.

The company’s losses, which widened to $625m last year, in part reflect that severe toll the pandemic has taken on the entertainment industry. Television and movie studios have been forced to close for extended periods, while public health regulations have halted ticket sales for many live events.

Among the affected businesses was Ultimate Fighting Championship, the mixed martial arts franchise that Endeavor bought alongside private equity groups Silver Lake and KKR in 2016.

Still, Endeavor plans to double down on UFC, using some of the IPO proceeds — as well as its own equity — to buy the 49.9 per cent of the franchise that it does not already own.

Emanuel founded Endeavor as a talent agency. It later absorbed its century-old rival William Morris Agency, which has represented the likes of Rihanna and Charlize Theron, as well as sports agency IMG.

The company has since sought to position itself as a creator of original entertainment content. Nearly three-quarters of its revenue last year came from businesses other than talent representation.

In a prospectus filed with the Securities and Exchange Commission on Wednesday, Endeavor did not indicate how much it proposed to raise in the IPO, or at what valuation. 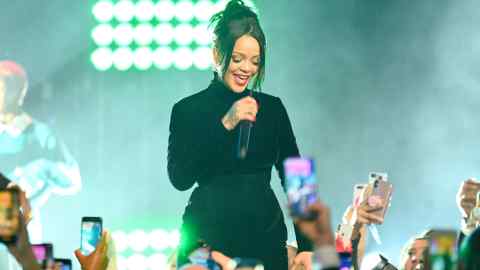 The company had hoped to raise $712m from its aborted 2019 IPO. It was valued at $6.3bn in 2017, when it landed a $1bn investment from the Canada Pension Plan Investment Board and GIC, Singapore’s sovereign wealth fund.

Musk is expected to join Endeavor’s board in the coming weeks, according to a filing with the SEC — the agency he once mocked as “the Shortseller Enrichment Commission”.

The Tesla chief executive paid a $20m penalty to settle an SEC lawsuit that accused him of securities fraud after he declared on Twitter in 2018 that he wanted to take the carmaker private in a $70bn deal.