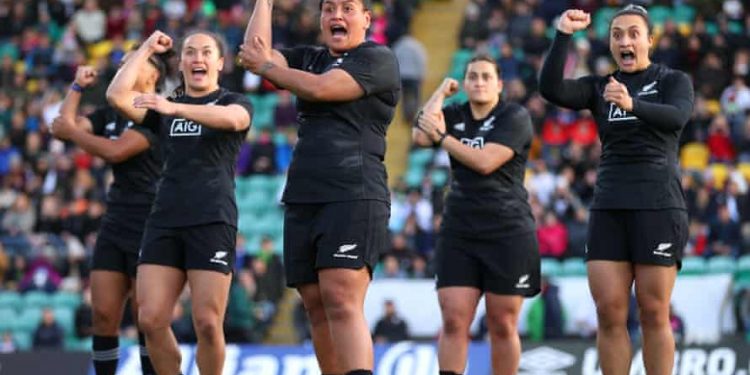 
England’s success at attracting a record crowd in Gloucester last week for the win against Wales, plus a likely even better one against Ireland next Sunday in Leicester as the Six Nations resumes, is neat evidence of women’s rugby’s impressive ascent.

Italy becoming the latest Test nation to announce contracts for their players in recent days adds weight to the argument that 2022 has been the most transformational year for the women’s game.

The pace of change is now so fast that a decision the Irish Rugby Football Union took recently not to contract its players and to focus on fixing the many other challenges stymying the growth of the game already looks as if it will have to be redressed. Ireland and Scotland are the only teams in the Six Nations not offering bulk player deals as the move towards professionalisation accelerates, led by England and France.

While fresh investment, more contracts, growing fan interest and increasing media coverage is carrying women’s rugby along on a wave of positivity, there are stark reminders its rapid growth is also bringing significant challenges.

This past week, New Zealand Rugby published its report on the culture and environment around its national women’s team, the Black Ferns, after a disastrous northern tour when they were thrashed twice apiece by England and France. When the team returned home, one of the leading players, Te Kura Ngata-Aerengamate, set out details of a painful personal breakdown in camp, where she received limited to no support.

The report makes depressing reading, highlighting a shoddy and amateur environment for elite players, who reported body-shaming, ghosting and culturally insensitive comments, as well as highlighting the absence of basic support and resources. It did at least provide solid evidence for the team’s slump in form.

The report bore remarkable similarities to that of another recent review into an elite programme, in Ireland. That found the country’s governing body had targets and a vision for its women’s team, but no structures or understanding of how to achieve them, ultimately leading to their surprise failure to qualify for this year’s World Cup. In Canada, too, a scathing review found significant deficiencies in how women’s rugby was being run in its sevens and 15s programmes and promised serious improvements.

Why are top nations getting it so badly wrong at the top end of the women’s game? First, they have ignored the chorus of voices who have been pointing out problems for years. This was nowhere better illustrated than in Ireland when an open letter from more than 60 of the country’s best players was initially responded to with a scathing statement accusing the players of interfering in a process they should have been at the heart of.

In New Zealand, where the World Cup takes place this year, it is worryingly clear that listening is still a problem. Even after hearing the testimony of more than 50 players and concluding that the culture and environment surrounding the team has been toxic, it was determined the head coach who has overseen it all was still the best man for the job.

It was staggering to hear New Zealand Rugby’s CEO, Mark Robinson, describe Glenn Moore as an “exceptional coach” after the review came out given he has overseen the worst results in the once-invincible Black Ferns’ history and was the catalyst for the review. But with waves of negative coverage in New Zealand in recent days, Moore has resigned.

It is becoming obvious there is a lack of understanding that programmes for men and women need to be run differently and that there is a strong belief from many running the game they know better than those living the experience.

Administrators in New Zealand and Ireland have proved themselves highly capable of running men’s teams who can achieve success so why should they listen to their detractors when it comes to their women’s game? It has taken serious failure on the field, and a public demand for better from their players, to open their ears.

Pleasingly, though, there does seem to be a dawning of recognition that the growth of women’s rugby is largely outstripping the structures originally designed to support it, based on a system built for and largely still run by men.

The New Zealand report made clear the Black Ferns are not being well served by management that is largely male and white, describing a shoddy recruitment culture where people are “tapped on the shoulder” and where little to no performance management happens.

Little wonder that when serious wellbeing issues arise, those involved are so poorly equipped to handle it, and that so few women are involved in coaching at the top of the game. It appears to be coming as a surprise to some governing bodies that women in 2022 are no longer happy to work with coaches and management who disparagingly comment on their weight, who make no effort to understand the personal circumstance of their lives, who communicate badly with them, who expect them to be grateful for being there at all and who are often underqualified for the challenges of their own roles.

Any other governing body or federation in the game with designs on capitalising on the growth of women’s rugby would be well advised to pore over these reports. Success depends on them understanding how and where to avoid inevitable pitfalls and ultimately to know what is and what is not acceptable treatment of women in sport.

‘Among Us VR’ could release this December according to Steam data