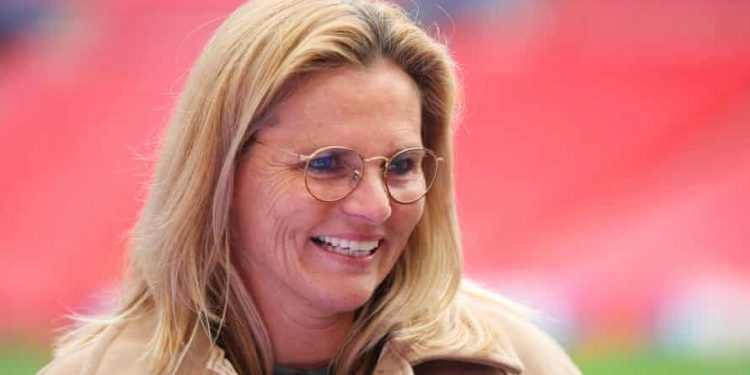 
Sarina Wiegman has acknowledged that England’s captain, Steph Houghton, is in a race to be fit for the European Championship finals this summer.

“It’s going to be very tight,” the England manager said as she named a 24-strong squad for the World Cup qualifiers against North Macedonia in Skopje and Northern Ireland in Belfast next month. “She’s had a tremendous CV with us so I hope she’ll make it but first of all she needs to start training again.”

After captaining England to the semi-finals of their past three major tournaments, Houghton is desperate to be involved in the July showpiece on home soil but the central defender has barely played for Manchester City this season and underwent achilles surgery last month.

Although she turns 34 next month and, because of injuries, has not played under Wiegman, Houghton remains sufficiently important to the Lionesses for Wiegman to give her until the last minute to prove her fitness.

“We can give her a little more time because of the history she has with this group, over the years,” Wiegman said. “She’s been out for a long time but she came back in January and played well before then having to step out again. Her competitive instinct is really high and she’s doing everything she can to try and make the Euros, so we’ll see. She has a clear plan and we’re in contact all the time.”

Wiegman said the squad for the forthcoming World Cup qualifiers was “close” to the group she hopes will contest the Euros but indicated there could be a place for the Manchester winger Chloe Kelly should she prove her fitness after major knee surgery.

“The door is not closed to any other player but if anyone else comes in now it probably means we made the wrong decisions earlier,” Wiegman joked before explaining she was keeping a “close eye” on Kelly. “She’s had a pretty tough injury, an ACL. Hopefully, she will play again very soon – that’s what we expect. We know how good she was before she got injured but it will probably take a little time for her to get back to the level she’s capable of.”

Although Fran Kirby remains integral to England’s ambitions this summer, Chelsea’s attacking playmaker has been omitted from this squad. Kirby has not featured in her club’s past six matches and Emma Hayes, Chelsea’s manager, recently said the 28-year-old needed a break after an intense schedule. “Fran Kirby’s not ready to play,” said Wiegman. “We don’t know yet but we hope she’ll be back on the pitch pretty soon.”

With England having won all six qualifiers to date as they look to confirm their attendance at next year’s World Cup in Australia and New Zealand, breaking into the squad is not easy but the Chelsea striker Beth England will hope to prove undroppable after replacing Kirby.