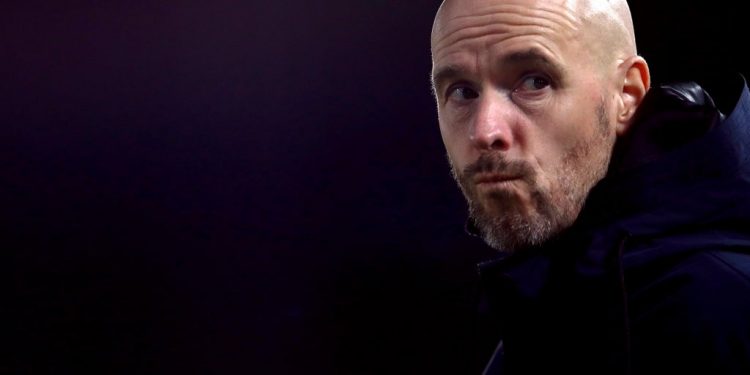 Erik ten Hag will be busy this weekend. Ajax are playing PSV Eindhoven in the KNVB Cup final on Sunday and hope to lift the first half of a league and cup double that would bring four and a half successful years under their current manager to a fitting end. After forging a reputation as one of Europe’s top coaches with two Eredivisie crowns, two cups and that run to the Champions League semi-finals, Ten Hag wants to leave Amsterdam on not merely good but triumphant terms. His focus will be on the final.

Video analysis is a key component of Ten Hag’s pre-match preparations, even for opponents like PSV who he has come to know intimately over the course of a season or four. This weekend will be no different. But if he finds himself at a loose end on Saturday afternoon, he may want to channel hop to Manchester United’s meeting with Norwich City, just to know what he is letting himself in for. He does not need to watch it all. In fact, just the first 17 minutes should do.

Undeterred by either the prospect of a managerial appointment or the first concrete steps towards the redevelopment of Old Trafford, a newly established fans group The 1958 have called for a demonstration against the Glazer family ownership to be held before kick-off on Saturday. Those who attend are asked to boycott the first 17 minutes of the Norwich game, one for every year since the leveraged buy-out. “Let’s face it,” the group’s announcement read earlier this week, “you won’t miss much action anyway”.

It is unlikely that these protests will have the scale and impact of those that came in the wake of the European Super League and postponed Liverpool’s visit to Old Trafford last season. The 1958 described that day as a “one-off unique event”, with fans storming Old Trafford while others blocked the team bus from leaving the Lowry Hotel, effectively preventing the game from being played.

This group’s goal is instead a wave of “constant” and “relentless” demonstrations that at the same time are peaceful and legal. For now, that involves marching from the Tollgate hostelry in Stretford to Old Trafford, making themselves heard outside for 17 minutes, then going in and taking their seats. It will be interesting to see how many United supporters answer the call. There are different attitudes, opinions and levels of militancy shown towards the Glazer ownership among an increasingly disparate fanbase.

And while the vast majority apportion most of the blame to the United hierarchy for this eight-year malaise, there is plenty to go around. Some now train their ire on the players and an uneasy dressing room too. “Embarrassing shitbags,” a sign outside Carrington read earlier this week, after the dismal 1-0 defeat to relegation-threatened Everton. “Not fit to wear the shirt get out of our club”. This is the club Ten Hag is expected to walk into, the near impossible job he is set to inherit.

But one thing that unites the fans is the inescapable optimism that comes with the appointment of a new manager, as faint as it may be. Ten Hag has been the favoured candidate among fans for months and many of those supporters still subscribe to the great man theory on which United’s former glories were built. As with Matt Busby and Alex Ferguson before, there is hope that a one powerful unifying figure can single-handedly turn fortunes around.

In reality, that model is exactly what United are trying to leave behind. Ten Hag will not join as a benevolent dictator but as one part of a wider football structure, headed up by football director John Murtough and technical director Darren Fletcher, who have led the process to appoint the replacement to interim manager Ralf Rangnick and Ole Gunnar Solskjaer’s permanent successor.

The support network that senior Old Trafford figures felt was missing when David Moyes took charge is now believed to be in place. Eight years later, the internal restructuring that needed to happen after Ferguson’s retirement is complete, the voids that he left across several different departments have been filled. Although the manager’s office remains a “looming presence” in the direction of the club, it is not the only presence as was once the case.

Those who know and have worked with Ten Hag say this is what he needs. His work at Ajax has bucked many of the club’s traditional principles – he has mixed experience with youth and adapted time-honoured total football ideas – but all of it has come within the clear, defined chain of command in Amsterdam. Former director of football Marc Overmars, who left in disgrace earlier this year, hired Ten Hag with confidence he would thrive in such an environment, having previously crossed paths at Go Ahead Eagles.

United are now confident that they have a similar structure in place. But setting it up is one thing. The real test is whether it is effective. Hiring Solskajer’s permanent successor represents the first great test of this new set-up. Sort of, at least. Rangnick’s interim appointment was also led by Murtough. With a top-four finish now unlikely, it has hardly been a success. But if it transpires that appointing Rangnick allowed time for the right permanent manager to be identified, it may come to be seen as the right decision.

There is a lot riding on this appointment then for United’s new way of working though perhaps not as much as there is for Ten Hag. The Ajax head coach’s stock is high. There have been other options on the table for his consideration, alternatives to United. They may not be as compelling if he is looking for work again in a year’s time should things not go according to plan. Ten Hag will be part of a structure but, as with his predecessors, there is no doubt where the ultimate responsibility for results lies.

Suggestions over when an official announcement could come vary. One theory is that it may follow after Sunday’s final. Even if it does, Ten Hag will remain focused on finishing the season well with Ajax. But when inevitably checking in on United between now and the end of the campaign, amid poor performances, player unrest and even new protests against the ownership, he will not be able to ignore the scale of the task at hand.

The Elder Scrolls Online, Control, and Hunting Simulator 2 are free to play this weekend with Gold and Game Pass Ultimate

The Elder Scrolls Online, Control, and Hunting Simulator 2 are free to play this weekend with Gold and Game Pass Ultimate