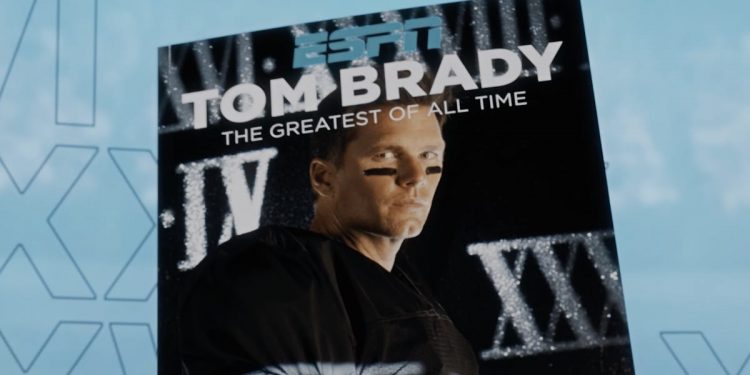 
Disney’s ESPN is entering the world of non-fungible tokens, and its first deal is with NFL legend Tom Brady, who runs his own NFT platform and is preparing to return for a 23rd season of playing pro football.

“ESPN is excited to offer our first NFTs to meet our fans at the intersection of sports, technology and content,” Kevin Lopes, ESPN’s vice president of sports business development & innovation, said in the statement.

NFTs are blockchain-based tokens that give holders rights to mostly digital representations of art, music, and other collectibles. NFT trading volume soared in 2021 to $17.6 billion from $82 million in 2020, according to a report from Nonfungible.com.

ESPN’s first NFT collection is a collaboration with Autograph that’s centered on “Man in the Arena: Tom Brady,” a 10-part ESPN+ documentary series that premiered in November. Brady, who’s won seven Super Bowl championships, will sign 50 NFTs for the first collection, which goes on sale Wednesday on DraftKings Marketplace.

The collection is made up of three ESPN zine — or specialized magazine — covers focused on Brady’s career.  A second NFT collection with the theme “Back in the Arena” will arrive with the debut of the documentary’s 10th episode on ESPN+.

“Man in the Arena” is produced by Religion of Sports, a media company co-founded by Brady. Autograph, which launched in July 2021, sells digital collectibles from celebrities and sports icons, including golfer Tiger Woods, tennis player Naomi Osaka, and musician The Weeknd.

Brady in February announced his retirement from football and said he would focus on his NFT platform. But in March, he reversed his decision, putting the NFL back on his work roster. He’s expected to play for the Tampa Bay Buccaneers later this year, marking his 23rd season in the league.