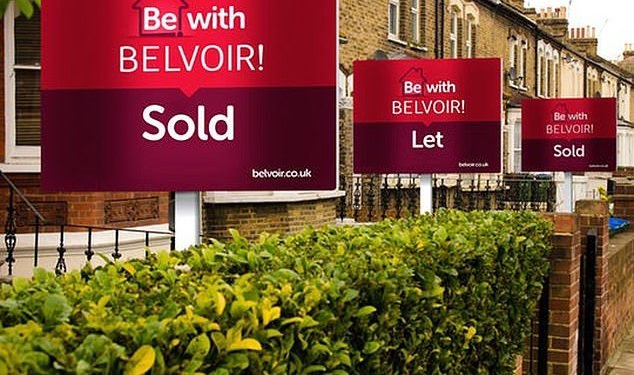 The group’s total revenues soared 37 per cent to £29.6million in 2021, aided by a raft of acquisitions expanding its franchise network, while pre-tax profits jumped 38 per cent to £9.3million.

Belvoir differs from many peers because it operates a franchise model, with its individual 243 franchisees effectively acting as small businesses. 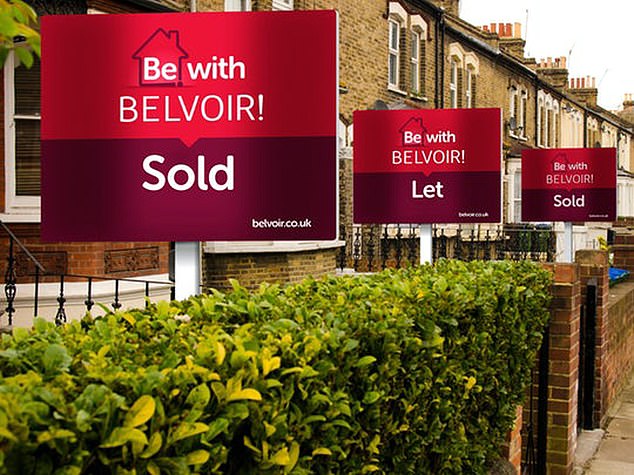 Headquartered in Grantham, Lincolnshire, Belvoir said it expects its business model to insulate it from ‘what could be a more uncertain market in 2022, especially given economic pressures and geo-political turmoil’.

Management service fees, the main driver of return from franchisees, increased 18 per cent to £10.7million.

Belvoir, which derives the majority of its revenues from rentals, rather than sales, said revenue from its property division was up 27 per cent to £15.2million.

Its acquisition of Nicholas Humphreys, a 20 office network specialising in student lettings, accounted for almost a fifth of growth in the property division.

Rental revenue increased by 21 per cent to £10.7million, reflecting a ‘strong lettings market in which the demand for more space and a return of young people to UK cities as offices reopened post lockdown resulted in an insufficient supply of available properties to rent’.

Last year, Belvoir also bought the mortgage advisory arm of the Nottingham Building Society, which brought with it a further 26 dual branded branches.

Andy Murphy, director of Edison Group, said Belvoir could be on the lookout for more acquisitions.

‘The outlook is relatively encouraging though higher inflationary pressures may yet have an affect on spending patterns overall,’ he noted.

‘Belvoir has a track record of M&A and it seems likely that other deals are possible as the balance sheet debt has been reduced in the period.’

Belvoir shares rose 5 per cent to £2.68 on Monday, but they remain below their record high of over £3 it hit in August last year. 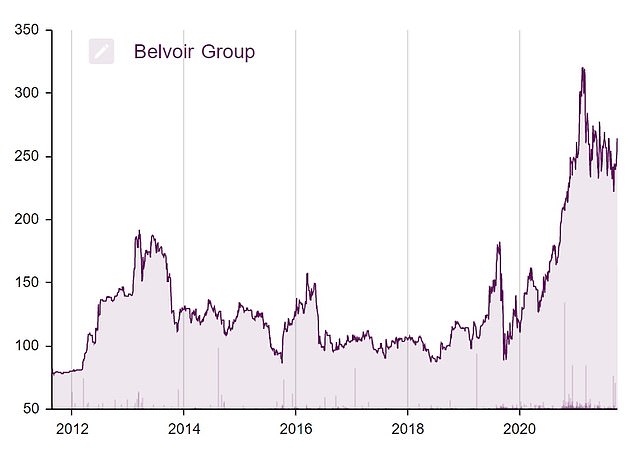