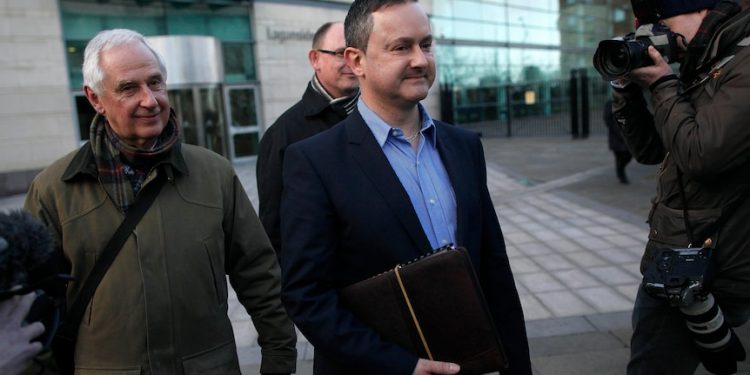 
A top European court has declined to rule in a high-profile discrimination case centred on an activist’s request to have a cake decorated with the Sesame Street characters Bert and Ernie and the words “Support Gay Marriage”.

The European Court of Human Rights said the case was inadmissible because activist Gareth Lee had failed to “exhaust domestic remedies” in his case against a Northern Ireland bakery.

It was the latest ruling in a long-running legal battle that began in 2014 when Ashers Baking Co refused to make the cake Mr Lee wanted.

The owners argued they were happy to bake goods for anyone but would not put messages on their products at odds with their Christian beliefs.

Mr Lee said he was frustrated the case was thrown out on what he called “a technicality” and said freedom of expression “must equally apply to lesbian, gay, bisexual and trans people”.

He originally ordered the cake to support a campaign to allow same-sex marriage in Northern Ireland.

That campaign succeeded when Britain’s Parliament stepped in to bring the region into line with the rest of the country.

Britain’s Supreme Court ruled in 2018 that the bakery’s refusal to make Mr Lee’s cake did not amount to discrimination, reversing a lower court’s ruling.

Mr Lee then took his case to the France-based human rights court in Strasbourg, arguing that the UK Supreme Court decision breached the European Convention on Human Rights. The United Kingdom’s highest court rules in favour of a Belfast bakery at the centre of a long-running legal stoush that’s been dubbed the “gay cake” case.

But in a written ruling, the rights court said it could not rule because Mr Lee had not raised the convention in his UK court actions.

“Because he had failed to exhaust domestic remedies, the application was inadmissible,” the Court of Human Rights said.

“When a commercial business is providing services to the public, they cannot discriminate against their customers or clients on any grounds protected by equality law,” said John O’Doherty, the group’s director.

He said the 2018 UK Supreme Court ruling created legal uncertainty throughout the country.

“Unfortunately, with today’s decision, that uncertainty will remain,” he said.

“The UK Supreme Court engaged at length with the human rights arguments in this case and upheld the McArthurs’ rights to freedom of expression and religion,” spokesman Simon Calvert said.

Tim Tszyu promised a show in his biggest test. He didn’t disappoint

Tim Tszyu promised a show in his biggest test. He didn’t disappoint