European regulators say they’ll test the fixed 737 Max themselves, rather than trusting the FAA’s findings 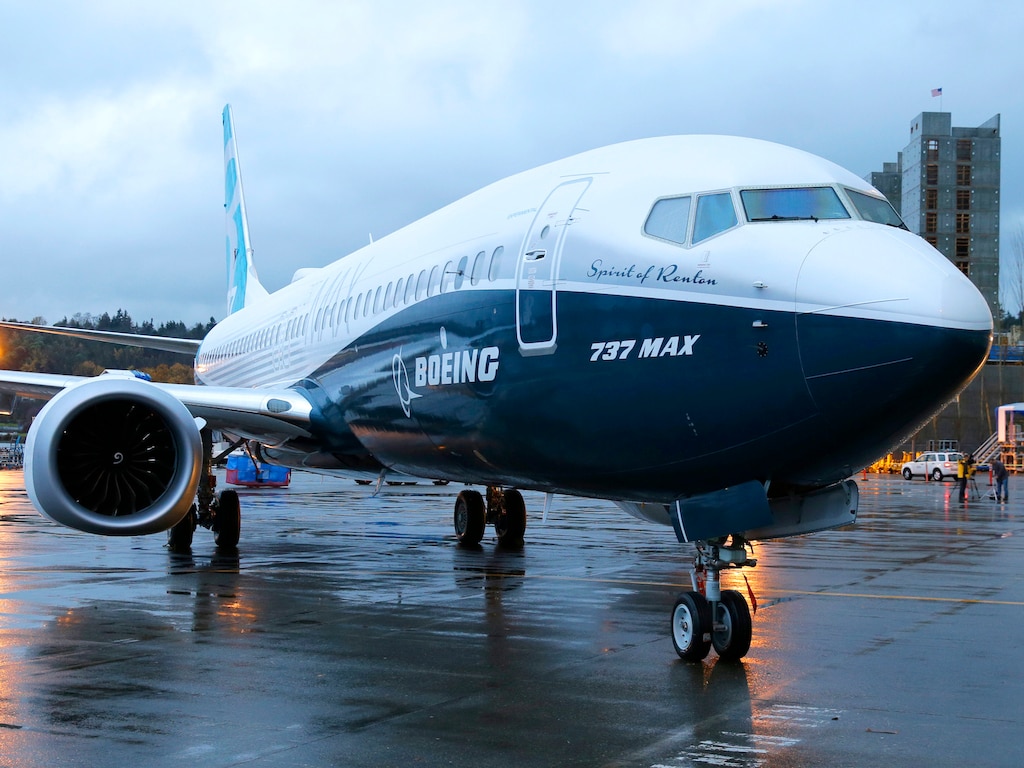 The European Aviation Safety Agency is planning to send its own officials to the US to conduct test flights of Boeing’s fix for the 737 Max before it allows the plane back into European airspace.

EASA, the European Union’s equivalent to the Federal Aviation Administration (FAA), said its work will include an “independent” review of the 737 Max before it returns to service. The plane has been grounded worldwide since March 2019, following the second of two fatal crashes.

Typically when a new plane — or a change to an existing plane — is certified, the aviation regulator from the plane-maker’s country of origin takes the lead on reviewing it and approving it for service, and other global regulators follow suit after a cursory review based on the original agency’s findings.

The reciprocal process saves time for all involved, including the plane-maker and airline customers, since the baseline standards that the regulators adhere to are generally accepted. The plane manufacturers, who are aware of the requirements, design the aircraft from the ground up to meet those requirements and avoid costly delays.

The US, European Union, Canada, and Brazil, which each have major plane-makers, have worked for decades to increase cooperation and align standards, thus allowing a more efficient certification process, as opposed to every regulator performing the same reviews as all of their counterparts.

Read more: The Boeing 737 Max could be grounded through the holidays thanks to a series of new delays, and airlines are cancelling thousands of flights because of it

Regulators who otherwise deferred to the host nation generally don’t perform a redundant certification process, but there is a precedent for them to conduct additional tests or reviews. The FAA sent its own test pilots to Europe before certifying the latest planes from Airbus, such as the A380, the A350, and the A320neo family, according to Bloomberg.

The FAA’s tarnished image as a global leader 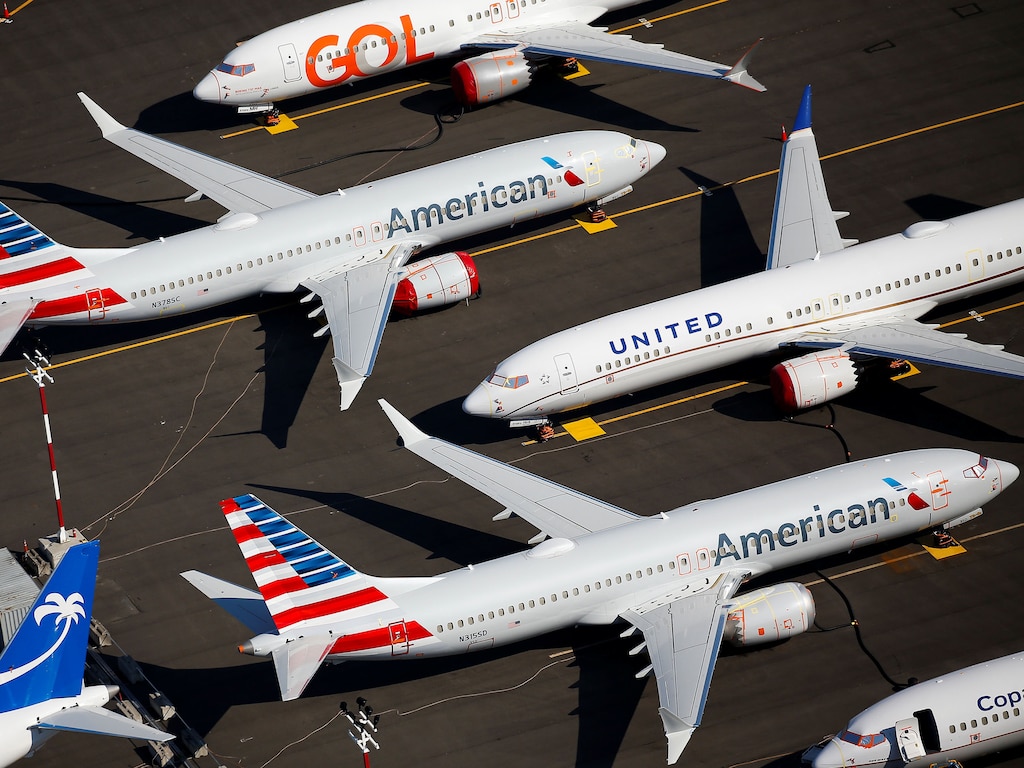 Still, the agency’s position highlights the fact that the FAA’s global standing has been, if not diminished, than at least tainted, following the two crashes.

“The FAA is in a very difficult situation,” the French executive director of EASA, Patrick Ky, told the European Parliament last week. “When they will say, this (airplane) is good to go, it’s very likely that international authorities will want a second opinion, or a third opinion.”

Ky’s comments, which went relatively unnoticed at the time, were reported by The Seattle Times.

“That was not the case one year ago,” Ky said. “I think that’s going to be a very strong change in the overall worldwide hierarchy or relationship between the different authorities.”

See also: Apply here to attend IGNITION: Transportation, an event focused on the future of transportation, in San Francisco on October 22.

“EASA intends to conduct its own test flights separate from, but in full coordination with, the FAA,” a spokesperson for EASA told Business Insider in response to emailed questions. “The test flights are not scheduled yet, the date will depend on the development schedule of Boeing. We will send our own pilots.”

Separately, an international panel formed to review the FAA’s certification process after the crashes — the Joint Authorities Technical Review, or JATR — is expected to recommend changes, including to the program by which the FAA allows Boeing to self-certify aspects of its new planes.

Recertifying the Max, and a second look at crucial sensors

The FAA is “all but set” to approve the fixes Boeing is planning to submit, the Seattle Times reported.

However, the European agency is also examining Boeing’s use of two sensors — known as angle-of-attack vanes, or AoA vanes — to measure whether the plane’s nose is pointed up or down, and whether the two vanes are sufficient. While minimum safety requirements allow just two sensors, other plane-makers — including France-based Airbus — use a third for redundancy.

“EASA has concerns regarding the consequences of Angle of Attack sensor failures at aircraft level, and the ability of the flight crews to cope with the situation in critical phases of flight (such as takeoff),” the spokesperson said.

Read more: A man who lost his entire family in one of the deadly 737 Max crashes says he’s haunted by the ‘last 6 minutes’ that they were alive

The spokesperson said that the agency is taking a closer look at whether the current use of two sensors is adequate, but that it is not necessarily saying that a third should be added.

“We are not being prescriptive in the way these concerns should be addressed, it could be through improvement of the flight crew procedures and training, or through design enhancements, or a combination of the two,” the spokesperson said. “It is up to the aircraft manufacturer to decide on the system architecture (which is why the number of AOA vanes varies) and then to demonstrate that the safety objectives are met with this architecture.”

“The airworthiness regulation is not prescriptive with respect to the number of angle of attack vanes on an aircraft,” the spokesperson added. “All certified airplanes have a minimum of two vanes, which is considered to be the bare minimum requirement to meet the safety objectives.”

During his presentation to the European committee, Ky said that an independent review of the plane’s design was necessary because aspects of the Max “had not completely certified ourselves, because we had delegated some of the tasks to the FAA.”

He said the agency would “basically recertify the parts that are safety critical that we hadn’t looked at in the previous instance.”

Read more: Boeing hasn’t sold a single 737 Max in months, prolonging a drought as the company struggles to return the plane to service

Were EASA to break ranks with the FAA on any findings or requirements following the test flights and review — such as the number or application of AoA vanes — it could add a lengthy, costly delay to the effort to get the Max in the air again, and set a precedent that the head of the global airlines lobby described as problematic.

“With the 737 Max we are a bit worried … because we don’t see the normal unanimity among international regulators that should be the case,” Alexandre de Juniac, director general of the International Air Transport Association (IATA), told reporters last week. “We see a discrepancy that’s detrimental to the industry.”

Boeing has said it expecta to submit its final certification package to the FAA in September, and recent reports have suggested that the FAA expects to conduct its certification flight in October, paving the way for the plane to be cleared within the fourth quarter.

However, Boeing CEO Dennis Muilenburg admitted on Wednesday that it was possible that the plane would not be cleared worldwide simultaneously, due to the reported discord between global regulators, according to a separate report from The Seattle Times.

“A phased ungrounding of the airplane among regulators around the world is a possibility,” he said at an investor conference.

The devastating consequences of faulty sensors and an automated system

Preliminary reports into the deadly crashes of Lion Air Flight 610 in October 2018 and Ethiopian Airlines Flight 302 five months later indicate that an automated system erroneously engaged after being triggered by a faulty AoA vane, and forced the planes’ noses to point down. Pilots were unable to regain control of the aircraft, which crashed, killing everyone on board the two flights, a total of 346 passengers and crew.

An aspect of the design flaw that Boeing has been working to fix is the fact that the automated system, the Maneuvering Characteristics Augmentation System (MCAS), could be activated by a single sensor reading, meaning that one damaged or faulty AoA vane was enough to trigger the system, leading to the crashes.

Read more: ‘There was no way that they could’ve survived’: A Boeing 737 Max victim’s mom and brother are demanding justice from the FAA

MCAS was designed to compensate for the 737 Max’s engines, which are larger than previous 737 generations. The larger engines could cause the plane’s nose to tip upward, leading to a stall. In that situation, MCAS could automatically point the nose downward to negate the effect of the engine size.

The plane has been grounded worldwide since the days following the second crash, as Boeing prepared a software fix to prevent similar incidents. The fix is expected to be approved, and the planes back in the air, by the end of this year or early 2020.