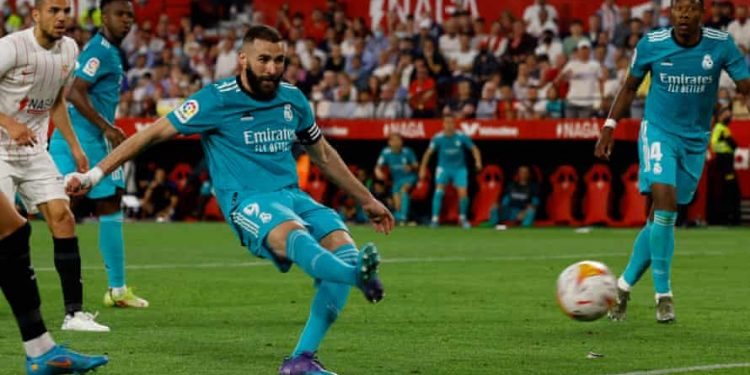 
Ajax’s technical manager Gerry Hamstra has insisted the club are trying to persuade their head coach, Erik ten Hag, to stay in Amsterdam despite expectations he will soon join Manchester United.

Ten Hag, 52, is believed to be United’s No 1 choice to become the permanent successor to Ole Gunnar Solskjær, with reports suggesting his appointment could be confirmed later this month.

But, speaking before Ajax’s 2-1 KNVB Cup final loss to PSV Eindhoven on Sunday, Hamstra said there was still a possibility Ten Hag would stay in his job.

“There is interest for Erik ten Hag, that is normal. He has done fantastic,” Hamstra told ESPN. “We hope he stays. We have to stick with the facts, he has not left yet. He still is focusing on Ajax, so do we. We did everything possible [to keep him at Ajax]. We were very busy with that. He reacted that he is focusing on Ajax now. Now we are preparing for two scenarios, Ten Hag might stay or might leave.”

The KNVB Cup had been one of Ajax’s two remaining major targets this season – they sit four points clear of PSV at the top of the Eredivisie – but the final ended in disappointment.

Ajax took a 23rd-minute lead when Ryan Gravenberch scored from outside the area, but, after Noussair Mazraoui had a second Ajax goal overturned by VAR, PSV turned it around with two goals in three minutes early in the second half.

Erick Gutiérrez poked home after Ibrahim Sangaré flicked on Cody Gakpo’s free-kick and two minutes later Gakpo added a second as he punished some sloppy play from the Ajax defence.

“We made two big mistakes at the beginning of the second half,” Ten Hag said. “We let them counter from one of our attacks and win a free-kick, and then it was 1-1. And we needed to keep Gakpo out wide on the left, and instead he cut inside and scored.”

Real Madrid’s Karim Benzema struck an added-time winner as the visitors recovered from two goals down to beat title rivals Sevilla 3-2 in a thrilling La Liga clash that took Carlo Ancelotti’s side a step closer to winning the title.

The victory means Real now have a 15-point lead at the top over second-placed Barcelona, who have two games in hand, and Sevilla in third with six rounds of matches remaining.

The penalty was awarded following a lengthy video review to determine whether the ball touched the hand of the Espanyol striker Raúl de Tomás inside the area. Carrasco had already scored to put Atlético ahead in the 52nd minute, while De Tomás equalised for the visitors in the 74th. Atlético have a three-point cushion over Real Betis in fifth.

Paris Saint-Germain continued their march towards a record-equalling 10th Ligue 1 title when goals by Neymar and Kylian Mbappé earned them a 2-1 home victory against bitter rivals Marseille.

Neymar’s early opener was cancelled out by Duje Caleta Car before Mbappé’s penalty sealed the win and put PSG on 74 points. They now lead second-placed Marseille, who had a late equaliser disallowed, by 15 points with six games left.

Jorge Sampaoli’s side have a three-point lead over third-placed Rennes as both teams battle it out for second place and direct qualification for the Champions League’s group stage.