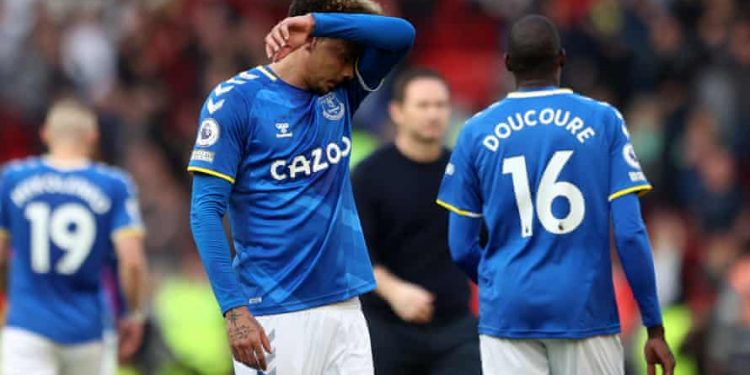 
Poor decisions at the top seep down through all levels of a club. It is no coincidence that Everton’s men’s and women’s teams are suffering from a confused strategy and underwhelming performances. The two teams sit third bottom in their respective divisions after high spending, poor recruitment and managerial changes – the women are on their third manager of the season.

Rafa Benítez was brought in before the start of the campaign to manage the men’s side but after not having the desired impact was replaced after six and a half months by Frank Lampard. The two managers have very different styles, leaving questions to be asked of the long-term strategy. The Spaniard likes his teams to be disciplined and defensively rigid, whereas at Derby and Chelsea Lampard was known for an attacking philosophy where his teams tried to outscore the opposition. At Everton Lampard has needed to adapt to the players available to him – we’ve seen them against Manchester City and Liverpool operate in a style not previously witnessed, but needs must at the business end of the season.

Benítez and Lampard have been hamstrung by past mistakes. Everton have spent more than £500m on players since Farhad Moshiri bought the club in 2016 but that level of expenditure is over. Last summer Demarai Gray was purchased for £1.5m and all Benítez’s other signings were free transfers. Previous recruitment saw £25m and £29m spent on Yannick Bolasie and Moise Kean respectively, without long‑term success. Everton were in a position in January where they could not get the players they needed because they had bought wrongly previously.

All Everton need do is look over the road to Anfield, where they have spent less but targeted the right people who have made an impact. If you do not get your strategy right, it will eventually come back to haunt you.

Everton’s men are bottom of the away form table, securing six points all season on the road. I do not know if it’s a tactical thing – whether they set up very differently and it has not worked – or whether they have such a good crowd at Goodison that it inspires the players and they cannot get to the level when not at home. There will be a lot of factors but that is not good enough and it is relegation form. Norwich have a better record, which says it all. You cannot rely on your home form to get 40 points. There could also be a psychological barrier: players will read those stats and will feel better at Goodison and it will filter through the squad.

On the women’s side Everton invested heavily in the summer with the intention of challenging for a top-three Women’s Super League finish. The reality is they are seeing out the final games of the season with an interim manager. Willie Kirk was sacked five matches into the campaign after two wins and three losses. Those defeats came against Manchester City, Chelsea and Arsenal, arguably the best teams in the league. I do not know what they expected of Kirk in those fixtures.

Kirk’s replacement, Jean-Luc Vasseur, offered a different style, having managed Lyon, where he was used to working with galácticos of the women’s game and won a Champions League. The Frenchman lasted 10 games at Everton. He tried to put his ideas into a squad that was not of the same standard as Lyon’s, so his methods did not work and nor were they given time to. It raises more questions about strategy when a manager is sacked after such a short time.

Changing manager regularly is unsettling and creates instability. The women’s team are safe but they will just want to get to the summer and await Brian Sørensen taking the reins. If players are going to the Euros they will look forward to a break and hope to hit the ground running on their return.

The men will be fighting hard to stay up, desperately hoping results go their way, so they can refresh and rebuild under Lampard. What happens on the men’s side has an impact on the women, and vice versa. When I was at Arsenal the men’s team were really happy for us when we did well and there was banter if we had done better than they had in certain seasons.

I felt massively part of the club – it was not the men’s and women’s teams, it was Arsenal, it was Chelsea – and I was really proud of it. If things are not going well, it can have a negative result on both. If Everton’s men go down it could affect the finances of both sides, which should be of great concern if the women feel the impact.

As the errors of the past bite Everton, they will need a clear strategy for the summer. The short-term goal is to ensure the men stay in the Premier League but the planning for the long term needs to be less muddled, otherwise Everton risk repeating their mistakes.