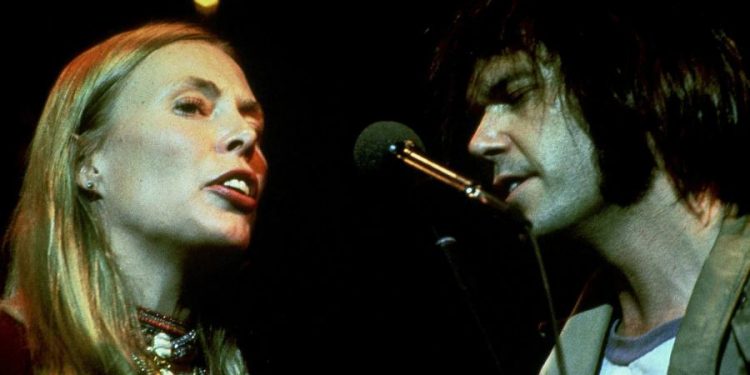 
The writer is author of ‘Tarzan Economics’. He was previously chief economist of Spotify and PRS for Music

On January 24, Canadian rock musician Neil Young threatened to remove his recordings from Spotify because he believed the streaming company had given podcaster Joe Rogan a platform on which to spread misinformation about vaccines. On the same day, he amassed 1.2mn streams around the world on all audio and video services, based on MRC Data.

That’s wild. Neil Young is the 711th biggest artist in the US and 1,134th worldwide, yet by foregoing 60 per cent of his streaming income “in the name of truth”, all other streaming services boosted their love of “Heart of Gold” (and many other Young hits) by 300 per cent. Six days after the removal, Spotify’s earnings call saw its stock fall back to where it was at the time of direct listing in April 2018.

Tellingly, Young’s original statement and acknowledgment didn’t actually name Rogan, referring only to Spotify’s “responsibility to mitigate the spread of misinformation”. The inference was that The Joe Rogan Experience may have influenced an audience “who are [mostly] 24 years old” and “impressionable and easy to swing to the wrong side of the truth”.

Audience matters. Rogan’s hovers at around 12mn a month, with roughly 60 per cent under the age of 35, whereas Young reaches 6mn listeners a month, almost 60 per cent of whom are over 35. Many of those under 35 wouldn’t know who Young is, while many between 35 and 65 wouldn’t know he’s still around (and those over 65 might not know what Spotify is).

As the dust settles, one common misperception needs mopping up: removing songs from streaming services is not the same as removing CDs from stores. The consumer still spends £9.99 a month and the money simply goes to different artists.

What’s more, you need to be able to afford such a ballsy move. Young could — he sold rights to more than 1,000 of his own songs to the Hipgnosis Songs Fund for $150mn last year, so removing the recordings will cost his record label and publisher around £1.5mn in 2022. However, for investors in the Hipgnosis fund, including the Church of England, this may feel like a bait and switch.

The really knotty problem is content moderation. Sure, artificial intelligence is making inroads in moderating visual and text content, but for podcasts basic speech to text technology has limitations: the spoken word demands an appreciation of context and that involves listening to every podcast from start to finish. It’s going to get costly, too, with two new podcasts being uploaded every minute. Software valuations have long been driven by the notion that there’s no marginal cost, but content moderation might be their first.

Spotify is discovering what happens when you offer podcasts exclusively. This is “Tarzan economics” in action: with many podcasters wanting to hold on to the old vine of the RSS feed in which podcasts are open and distributed everywhere, while Rogan represents the new vine of exclusives.

Spotify, which previously never hosted his podcast, acquired the show for $100mn and ported over the back catalogue from Libsyn in a bid to appropriate Rogan’s YouTube fan base. You bought it, you own it, you distribute it, then you take responsibility for it — case closed.

This raises a more profound question about what podcasts are meant to be. Merging the word “iPod” with “broadcast” gets us nowhere. James Cridland, co-presenter of the Podland podcast, asks us to imagine a long tail that (in credibility) is hit-heavy at the top but long and skinny at the bottom. Pointing to data from BuzzSprout, he suggests that just 1 per cent of podcasts makes up 95 per cent of listening and ad revenue — 90 per cent of podcasts don’t make any revenue at all.

Spotify’s long tail stretches out to 82mn songs and 3.8mn podcasts, which makes it hard for any creator to stand out from the crowd. That brings us back to Young. It’s a sign of our times when, rather than engage with the debate and pen a new protest song on Spotify (“Keep on Podding in the Free World” perhaps?), the artist disengages and removes his old songs instead.

Then again, maybe both Young and Spotify had the last laugh. The former has banked $150mn for songs that can’t be heard on the world’s biggest streaming service, bagged his own show on Sirius and now dominates the landing pages of Apple Music and Amazon. Meanwhile, Spotify has slapped a “Learn About Covid” banner next to Rogan’s podcasts, enjoyed more marketing than money can buy, introduced streaming to an audience that’s never heard of it and will surely reach the milestone of half a billion monthly active users faster as a result.

Spotify’s been here before, most famously with Taylor Swift in 2014, and it’ll be here again. But the adage that “there’s no such thing as bad publicity” still holds true. Every time we see rows like this play out, Spotify grows faster. As the apocryphal Hollywood agents say to their clients: “Don’t read your press, weigh it.”

Why some people experience anxiety during a hangover