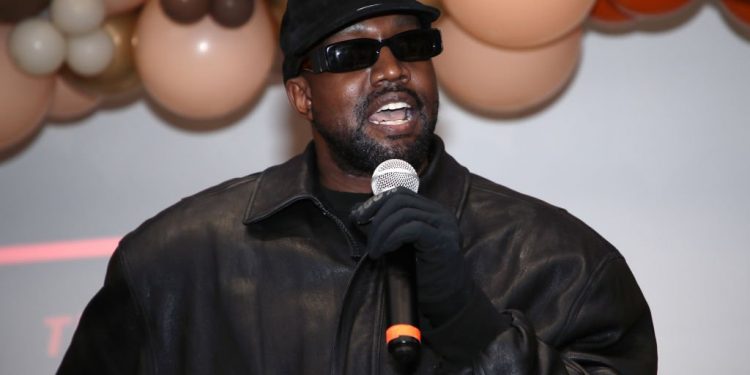 
Kanye West is no stranger to cryptic posts on Instagram, but fans think that his latest upload is a teaser for upcoming music – more specifically, his collab with The Game.

Ye’s collaboration with rapper The Game has been highly anticipated, and his recent social media activity has fans believing that it could be coming sooner than we think.

Here’s everything that we know.

Ye’s latest Insta upload seemed a little bizarre at first glance, until fans pointed out that it’s likely to promote his upcoming track with The Game.

West posted an image of a monkey and tagged The Game, captioning the post ‘MY LIFE WAS NEVER EAZY’. The upload then prompted rap fans into overload, with many assuming that Ye had just dropped the cover art for his latest track.

The song (or perhaps another track) is also rumoured to feature Pusha T and DJ Premier, NME reports.

Another wrote: “WE READY!”

Somebody else took to the comment section: “It’s coming.”

When is Ye and The Game’s collab set to drop?

According to Page Six, ‘My Life Was Never Eazy’ could drop as early as Friday (January 14th). However, as Kanye West fans know, the rapper has a tendency to perfect tracks before offering them to the public, often delaying the release date.

At the time of writing, the collaboration has not been released – but keep your eyes peeled.

We do, however, know that Ye and The Game have been spending time together, evident by Instagram posts.

Likewise, West told Premier: “We’re starting a whole… we about to just control the sound of music, it’s up to us now, period.

“We got a song we’re releasing Friday that we wanted you to do a scratch on, if possible.”

Here’s to hoping that the wait isn’t too much longer!

Ye is focused on his music

The 44-year-old has seemingly been busy with his collab with The Game, but he’s also just dropped a new music video for 2021 track ‘Heaven and Hell’.

Ye reportedly also has a sequel record for DONDA in the works, though it’s unclear how much progress has been made.

While we wait for new music, you can catch West at Coachella 2022 where he’ll be headlining amongst Billie Eilish and Harry Styles.