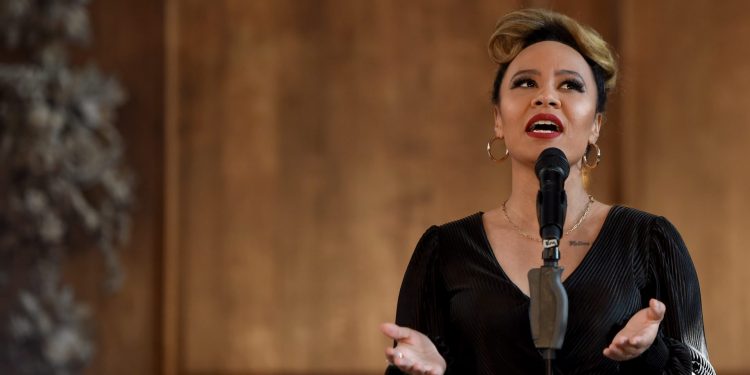 
Emeli Sandé has confirmed that she is in a new relationship. The singer was previously married to Adam Gouraguine, with whom they called it quits in 2014.

The singer-songwriter, 35, rose to fame with her 2012 hit Next To Me and released several other well-known songs such as Hurts and My Kind Of Love.

Emeli has opened up about her personal life in a new interview ahead of the release of her new album.

Here’s everything we know about the musician’s new partner.

Emeli Sandé’s fans are genuinely happy for the singer after revealing that she has fallen for “the one for life” and that she is “happier than ever”.

Speaking to Metro, the singer said that it’s “difficult” when you don’t have someone who celebrates your success and achievements in life.

“If you don’t really have someone to share it with or someone supporting you behind the scenes, it’s very difficult,” Emeli revealed.

“So now I feel very fulfilled: I’ll always love music and I love my career but now it just feels that despite what happens, I can just enjoy life and be really happy.”

What we know about her girlfriend

In the interview, Emeli revealed that her girlfriend is a classical pianist and that they met while the singer was learning about classic music.

Emeli is yet to reveal the name and identity of her partner as she might want to keep their relationship low-key for the time being. It’s also not clear how long the two have been together but they found love thanks to their mutual passion for music.

“We met through music,” the Beneath Your Beautiful artist shared. “And I definitely feel happier than ever. It feels great.”

She added: “For me, true love and having love in your life makes everything fit into place.”

Emeli went on to say that the relationship with her partner inspired her upcoming album Let’s Say For Instancewhich comes out on May 6th this year.

The singer was married to marine biologist Adam Gouraguine from 2012 to 2014. Speaking to The Times at the time, she said she was “pretending to be someone else” during their relationship.

“There was just something inside me that said, ‘This isn’t the life. You’re pretending to be someone else’. I don’t want to call it a breakdown, but it felt like that,” she told the outlet.

Fans are happy for the singer

Several social media users reacted to the singer’s personal announcement and are pleased that she is in a happier place now.

“Good For Her & Wish You Both The Very Best,” tweeted one person.

“Always knew there was something more than just a connection with your music,” commented another one.