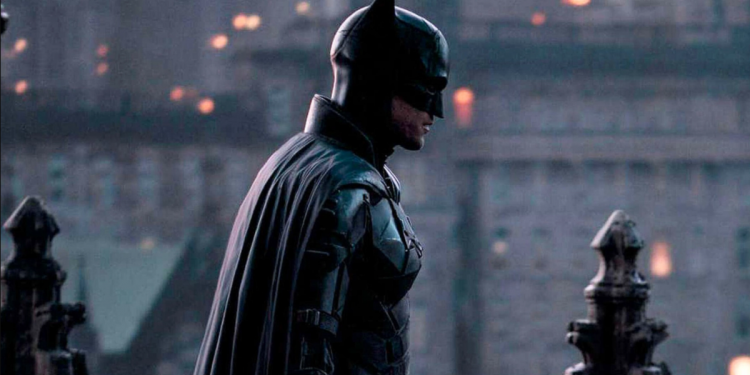 A new Batman movie is imminent, my friends. On March 3, 2022 we’ll be treated to Matt Reeves’ The Batmana standalone reboot of the character with Robert Pattinson under the cowl.

I know what you’re thinking – another Batman? Well, The Batman is very different from your standard Dark Knight origin story, due to the fact it is not an origin story at all. While you still won’t need any prior knowledge to dive right into the new movie there are a few Batman stories you may want to brush up on before you head into cinemas.

Everything you should catch up on before watching The Batman

Batman: Year One and Year Two

Reeves has been vocal about the different Batman comics that inspired his take on the character. Batman: Year One and Batman: Year Two are a couple of those inspirations.

Year Oneby Frank Miller and David Mazzuchelli, explores Batman’s first year of crimefighting and his growing alliance with Gotham police detective Jim Gordon. Batman: Year Twoby Mike W. Barr, is the sequel to that story following a more established Batman who works with the GCPD to take down a new enemy, the Reaper.

The Batman introduces us to a younger Bruce Wayne who is still in his early years of being Batman and some of the struggles he experiences in these comics will likely be mirrored in the upcoming 2022 film.

Another of Reeves’ comic inspirations for The Batman is The Long Halloween by Jeph Loeb and Tim Sale.

It’s another story that takes place during Batman’s early years as he hunts a strange serial killer who murders people on holiday dates. The killer issues Batman mysterious riddles so you can easily see why it was an inspiration for The Batman’s Riddler.

Along with that are story arcs dedicated to Harvey Dent’s transformation into Two-Face and the crime war between mob families Falcone and Maroni.

While you’re brushing up on your Batman lore why not revisit some of cinema’s finest Batmen. One of those is of course Michael Keaton’s iteration of the character.

Batman Returns is the perfect one out of Tim Burton’s two Batman films to watch in anticipation of The Batmanmainly because it introduces both Catwoman and the Penguin, who are also characters in the 2022 film.

Val Kilmer’s one-and-done turn at the caped crusader in Batman Forever wasn’t nearly as well-received as its predecessors, but if it’s more of the Riddler you’re after then this is the only other live-action Batman film to feature the villain.

Jim Carrey plays the notorious trickster in the movie who is a far more over the top rendition of the character than you’ll see in The Batman.

Moving on in Batman history you can’t go past Christopher Nolan’s The Dark Knight.

The Dark Knight is a Batman film that has it all: high-stakes action, unique takes on iconic characters (particularly Heath Ledger’s Joker), and a well-rounded story arc for Christian Bale’s Bruce Wayne.

It is widely considered the best Batman film that has ever been made to date and it will take a lot for The Batman to knock it off that pedestal.

Watch The Dark Knight on Stan or Binge.

The Batman: Arkham trilogy of video games basically redefined superhero games as we know it. You’ll find comic-accurate depictions of nearly every one of Batman’s Rogues Gallery in the games but something that makes them the perfect preparation for The Batman are their focus on his detective skills.

Batman has long been called the world’s greatest detective but that aspect is yet to really be fully fleshed out on-screen. This is something that the Arkham games perfected. Over three games players use Batman’s arsenal of gadgets to piece together clues from crime scenes and solve pesky Riddler challenges.

The Batman is taking a similar approach with a focus on Batman’s detective skills that will help him solve the tangled web of clues left by the Riddler.

Fans may have noticed that old mate Riddler is looking pretty different in The Batman’s movie trailers. Reeves said he was inspired by the Zodiac killer in his direction for the infamous Batman villain, hence Paul Dano is seen clad in a mask wielding duct tape rather than the overly green and narcissistic version in previous renditions.

The gritty crime and detective elements in Zodiac make it one of the best films to see prior to The Batman. Se7en is another recommendation if you’re looking for more dark serial killer stories with a similar tone.

Planet of the Apes (reboot)

Through the use of remarkable CGI, the films focus on Caesar, an ape with near-human intelligence, who forms a thriving community with his fellow apes away from humans. Unfortunately, his peace is shattered when his community clashes with the violent human survivors of a dangerous flu.

Both movies can be found on Disney+.

If you’ve ticked all of these items off your list you’ll be well and truly prepared to see The Batman when it releases in cinemas on March 3, 2022.