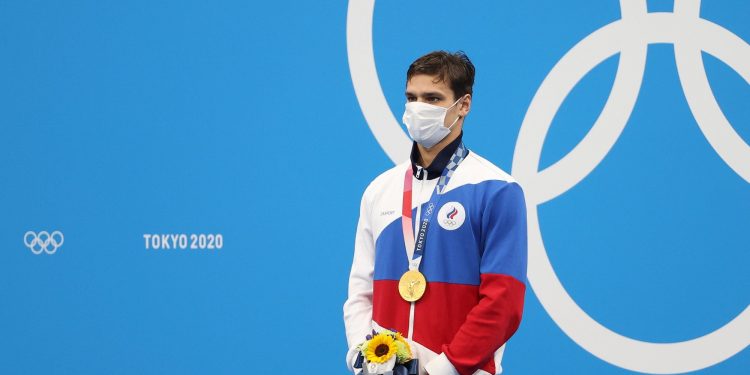 The name Evgeny Rylov is synonymous with strength, endurance and high performance. The Russian swimmer became a legend by winning two gold medals (100 and 200 meter backstroke) and one silver medal (4×200 freestyle relay) at the 2020 Tokyo Olympics. His name is now making headlines again for a different reason : Speedo the manufacturer of swimming articles, withdrew its sponsorship after learning that the athlete had participated in an event in favor of Russian President Vladimir Putin.

Rylov attended a massive event at the Luzhniki Stadium in Moscow to commemorate the eighth anniversary of the annexation of the Crimean peninsula to Russia and in which Putin gave a speech justifying the attack that began 27 days ago against Ukraine. The guests of honor at the event took the stage displaying the letter Z which has become the sign used by the Russian people to communicate their support for the invasion. Among the guests of honor at the event was Rylov.

After confirming that the swimmer was at the event, Speedo issued a statement informing about its decision to withdraw sponsorship: “Speedo confirms that it has terminated its sponsorship of Evgeny Rylov with immediate effect. We condemn the war in Ukraine in the strongest possible way and “We stand in solidarity with the people of Ukraine as we have athletes who have been affected by the conflict. All outstanding sponsorship fees will be donated to UNHCR (the office of the United Nations High Commissioner for Refugees).”

Evgeny Rylov was named Sportsman of the Year in Russia 2018.