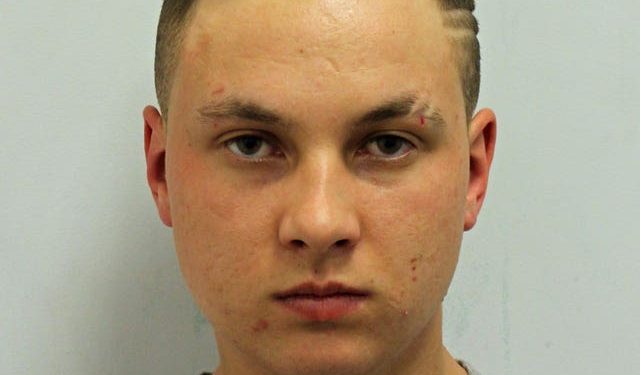 An evil predator who battered and strangled a vulnerable woman in shrubbery after their paths crossed on a bus has been jailed for life.

Valentin Lazar, 21, attacked 45-year-old Maria Rawlings with a wooden stick embedded with nails and a knife before leaving her naked in undergrowth in Romford, east London, in May last year.

The manual labourer, who admitted the murder, was branded “evil” by Ms Rawlings’s devastated family as he was jailed at the Old Bailey on Thursday.

Addressing Lazar in court, her father Tony Rawlings said: “Your 15 minutes of anger towards a defenceless grandmother has caused me and my family a lifetime of pain.”

He said: “This murder involved an intoxicated woman alone late at night and she was particularly vulnerable.

“This was a savage and sustained attack and a high degree of pain and suffering was inflicted prior to death.”

Leaving the victim naked added to her “humiliation and degradation”, he added.

Earlier, prosecutor Bill Emlyn Jones QC told the court: “It was an assault of exceptional violence, savage and sustained.”

Outlining the facts, he told how Ms Rawlings had visited King George Hospital in Chadwell Heath complaining of a headache after suffering a head injury on the evening of May 3 last year.

Having left hospital without being seen, Ms Rawlings, who had alcohol issues, got on a bus just after 11pm, where her path crossed with Lazar.

The mother-of-two, who had been staying with her daughter in Witham, Essex, got off the bus when it terminated, along with her killer.

They appeared on CCTV to engage in a brief conversation before Lazar guided his victim by the arm towards some shrubbery where they disappeared from view.

After 31 minutes, he emerged from the undergrowth alone, with Ms Rawlings’s white handbag slung over his shoulder.

He rifled through the bag then discarded it on the pavement, the court heard.

After the attack, Lazar boarded another bus, eventually arriving home after 1am.

A bus driver who saw him run across the road observed he had a “drug-like energy”, with his eyes being very wide and fixed.

Ms Rawlings’s battered body was found in undergrowth by a dog walker at about 2.30pm the next day in the Little Heath area.

A baseball cap with the defendant’s DNA on it was left near to the body.

The court heard there were more than 100 sites of blunt force trauma, 15 rib fractures, injuries from multiple blows to the head, defensive wounds to the hands and foot prints consistent with being stood on.

The court heard a piece of wood with nails poking out of it was found at the scene which was believed to have caused injuries to her face.

Other injuries to the face and knee were inflicted with a single-edged blade, pathologist Dr Matt Cieka said.

Mr Emlyn Jones suggested a possible “sexual motive” to the murder because Ms Rawlings had bruises on her inner thighs and was found naked.

Following an appeal, Lazar, a Romanian national living in rented accommodation in East Ham, was identified on social media.

On his arrest, officers found clothes matching those of the attacker with traces of blood on them.

In statements by her two daughters and father, Ms Rawlings was described as a “fun-loving soul who would never cause any harm to anyone”.

“I hope that he gets everything he deserves and experiences the pain he has put us all through.”

Older daughter Katie Rawlings told how they used to work in a cafe together.

She said: “My mum was such a bubbly person. She loved everyone and wore her heart on her sleeve.”

She described being haunted by thoughts of her mother’s last moments and the unanswered question of why Lazar murdered her.

Father Tony Rawlings added that she had bipolar disorder, saying “sometimes life was a struggle for her”.

In mitigation, Jennifer Dempster QC accepted it was a “cowardly and unprovoked” attack which she could not provide an explanation for.

She said Lazar, a labourer, had said: “When I left Ms Rawlings she was alive. I did not intend to kill her.”

Ms Dempster said Lazar would regret what he had done for the rest of his life.

The Witcher Best Episodes According to User Reviews

Mariah Bell proud she never gave up on her Olympic dream

Mariah Bell proud she never gave up on her Olympic dream