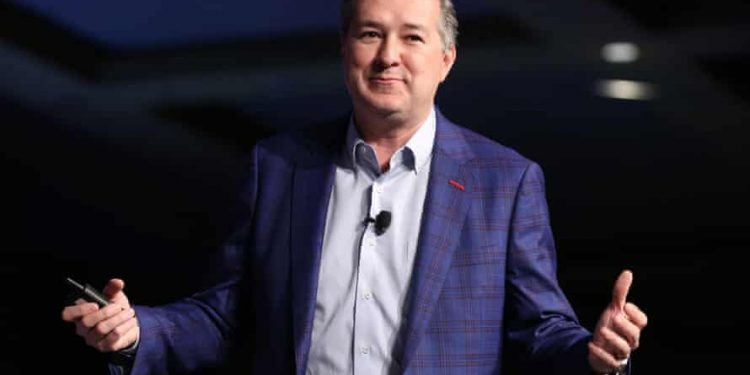 
Paul Canoville, the first black footballer to play for Chelsea, has increased the pressure on the Ricketts family by becoming the latest figure to speak out against their attempt to buy the club.

The owners of the Chicago Cubs flew to London for talks with influential supporters on Tuesday and are confident they will make it to the next stage of the bidding process. The Ricketts have plenty of financial clout after partnering with Ken Griffin, a billionaire hedge fund tycoon, and believe their experience of renovating Chicago’s iconic Wrigley Field stadium proves they are strong candidates to buy Chelsea from Roman Abramovich.

However the bid has faced a huge backlash on social media after it emerged that Joe Ricketts, the family’s patriarch, was accused of Islamophobia three years ago. A #NoToRicketts campaign has been trending on Twitter and there has also been criticism of how the Ricketts have run the Cubs, even though the baseball side won the World Series in 2016.

Brian Wolff, the head of the Chelsea Chicago Supporters’ Club, has said the bid has been met “with universal disdain” in his city and the Ricketts have now attracted negative attention from one of the most important figures in Chelsea’s history.

Canoville, an anti-racism campaigner, tweeted: “So I’ve seen and heard enough. I’m backing @ChelseaSTrust and saying a big fat anti racism NO to the Ricketts bid!!”

Chelsea supporters voiced alarm after it emerged Joe Ricketts wrote “Muslims are naturally my (our) enemy due to their deep antagonism and bias against non-Muslims” in an email exchange in 2019. Fans pointed out that Thomas Tuchel’s squad contains several Muslim players.

However, it is understood Joe Ricketts, who apologised for his comments at the time and insisted he did not hold bigoted views, is not part of the bid. In 2019 Tom Ricketts, the face of the bid for Chelsea, distanced himself from the comments and said his father was not involved with the Cubs. The family has also sought to make amends with Chicago’s Muslim community.

The Ricketts remain firm in their belief that their bid for Chelsea will succeed. They have spoken with Greg Hands, the MP for Chelsea and Fulham, and intend to meet with Chelsea Pitch Owners PLC to discuss a rebuild of Stamford Bridge.

The Chelsea Supporters’ Trust has said that it will continue to “reaffirm that any new owner must share the inclusive values of Chelsea FC and its diverse fanbase”.

Other candidates to own Chelsea include a consortium fronted by Todd Boehly, Jonathan Goldstein and Hansjörg Wyss; Nick Candy; Sir Martin Broughton and Lord Coe; the Saudi Media Group; and Woody Johnson.

U.S. SEC to Elon Musk: Regarding your tweets, a deal is a deal – Reuters.com