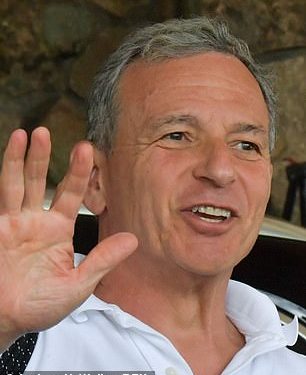 
Disney’s new CEO Bob Chapek has fallen out with his predecessor Bob Iger after Iger delayed his retirement to ‘help’ Chapek tackle the COVID pandemic.

The executives, who were once very close, now no longer speak after Iger infuriated Chapek, who he handpicked to be his successor, by delaying his retirement three times, and announcing plans to stay on for a fourth time to help steer the firm through the early days of COVID in March 2020.

CNBC reported that Chapek was ‘furious’ at Iger, didn’t need a ‘white knight’ and had not asked for any help.

The men, who were once close, barely exchanged words at a party held late last year to commemorate Iger’s retirement from the entertainment giant.

Iger also caused ructions after he recently spoke out forcefully against Florida’s so-called Don’t Say Gay bill, which bans the teaching of lessons on sexuality, gender identity and sexual orientation from kindergarten up to third grade.

Chapek has been condemned by staff for refusing to take his own vehement stance against it. He is said to have angered many of Disney’s thousands of Orlando-based staffers, although polls show that the bill itself is supported by a majority of Americans. 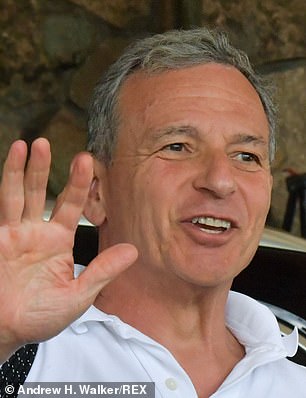 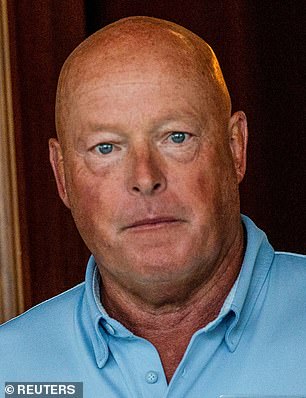 New Disney boss Bob Chapek (right) no longer keeps in contact with former head exec Bob Iger (left), it has been reported, following a falling out that occurred between the two around the time Iger resigned from the company two years ago

Iger, 71, resigned in February 2020 weeks before Disney parks shut as a result of the pandemic, with the longtime company head himself appointing loyal lieutenant, former theme parks and resorts chief Chapek, as his successor.

‘I can’t think of a better person to succeed me in this role,’ Iger said at the time, a day before the company closed its 12 Disney parks in the US.

Chapek, 61, slated to start in March, said of the transition: ‘I’ve watched Bob [Iger] lead this company to amazing new heights, and I’ve learned an enormous amount from that experience.’

However, as the initial stages of the Covid-19 quarantine closed in, Iger, who had initially announced he would step down as CEO after 15 years at the helm and become executive chairman in 2019 before pushing that date back three times over the course of two years, again had a change of heart about leaving the big seat.

In April, Iger stunned onlookers when again announced that he would be staying on as the company’s top executive, citing the severity of the coronavirus crisis and subsequent park closures.

‘A crisis of this magnitude, and its impact on Disney, would necessarily result in my actively helping Bob [Chapek] and the company contend with it,’ Iger told New York Times columnist Ben Smith, who broke the news of Iger’s abrupt about-face.

‘Particularly since I ran the company for 15 years!,’ the CEO, who sparked controversy in 2019 when it was revealed he earned $66 million a year – about 1,000 times the salary of a typical Disney employee – noted in his email.

Chapek reportedly told Smith that he was not going to leave the company, and would instead stay to help his second-in-command navigate the emergency.

Chapek, forced to the sidelines in a secondary role until this January, was infuriated by the slight, sources told NBC.

Insiders close to the matter reportedly told the outlet that Chapek, who had been handpicked by Iger as a replacement and had not expressed a need or desire for his predecessor’s help, was vexed by his senior’s seeming – and continued – reluctance to give up his position, having done so three times before.

Chapek reportedly felt like ‘a hapless second banana,’ sources told the outlet, frustrated with having to report to his old boss instead of assuming his role at the top of the heap.

Following the publishing of the Times piece in April 2020, Disney brass, seemingly wary of a budding conflict between the two veteran execs, issued a statement that announced still co-CEO Chapek had been promoted to the company’s Board of Directors and reiterated that he would be taking over the company completely in the near future.

‘It was a turning-point moment,’ an insider told NBC of Chapek’s reaction to the piece, which featured a full interview with his former boss.

The tension between the two blossomed from there, according to the outlet, spoke to roughly a dozen sources whom revealed the pair have since been on the outs since, and not on speaking terms.

Speaking to the station under the condition of anonymity, the insiders said Inger grew increasingly angry with Chapek over a string decisions he made after the Times piece without his input.

Calls Chapek made without the chairman’s blessing, according to the outlet, included a dramatic reorganization of the company in October that saw 28,000 theme park staffers laid off to deal with accruing costs spurred by pandemic related closures, and the ouster of actress Scarlett Johansson’s salary following a dispute over her Marvel movie ‘Black Widow.’

Earlier this month, Chapek was also criticized for not condemning a Florida bill passed on Tuesday limiting LGBTQ discussion in schools.

In a memo to staff on Monday, Chapek tried to quell the anger, reiterating the park’s new policies on inclusion: ‘I want to be crystal clear: I and the entire leadership team unequivocally stand in support of our LGBTQ+ employees, their families, and their communities.

‘We are committed to creating a more inclusive company – and world.’